What is the intensity distribution of visible light over the solar disk?

What is the distribution of the visible spectrum over the solar disk?

Is this correct and is there a scientific source that proves that? I was not able to find something citable. 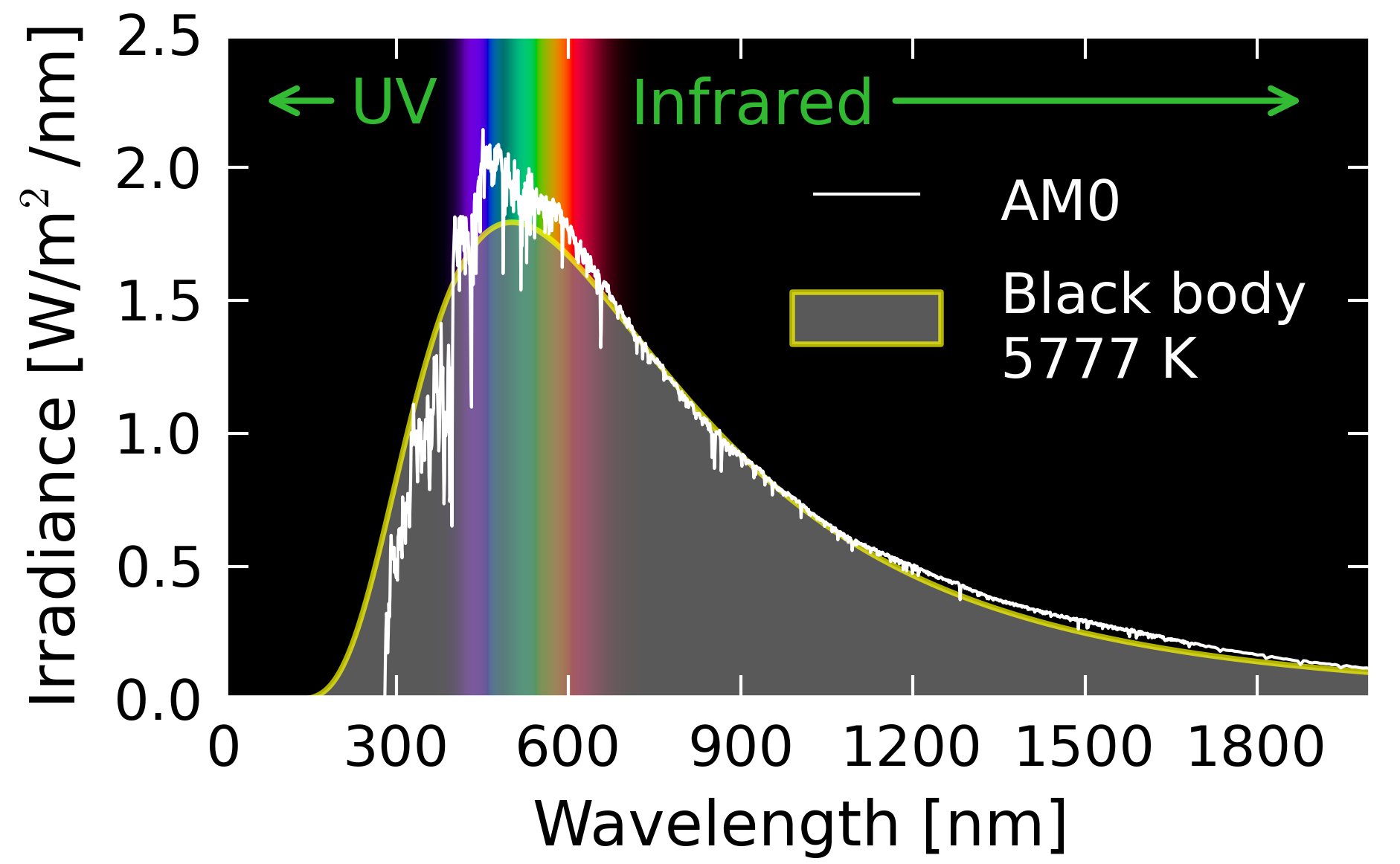 Each element emits a different multitude of wavelengths. The distribution across the surface, and out into the atmosphere, varies.

For example here is a set of images taken at different wavelengths: 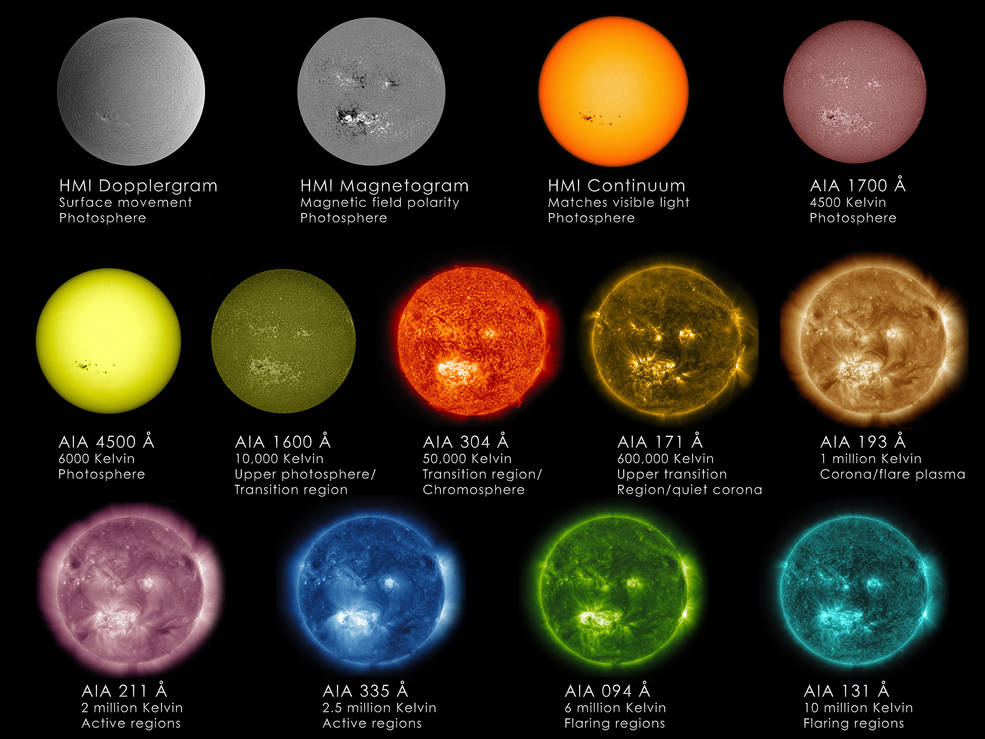 "Ah thank you, that is exactly what I was looking for. But how do images like these get produced? Are they adjusting the brightness to be equal througout the image before releasing it? – Jhonny007".

Images like those are produced by placing filters over the imaging sensor.

Limb darkening is caused by the different temperatures of the different layers. The center of the disk appears bumpy due to granules. Using a greater dynamic range it looks like this: 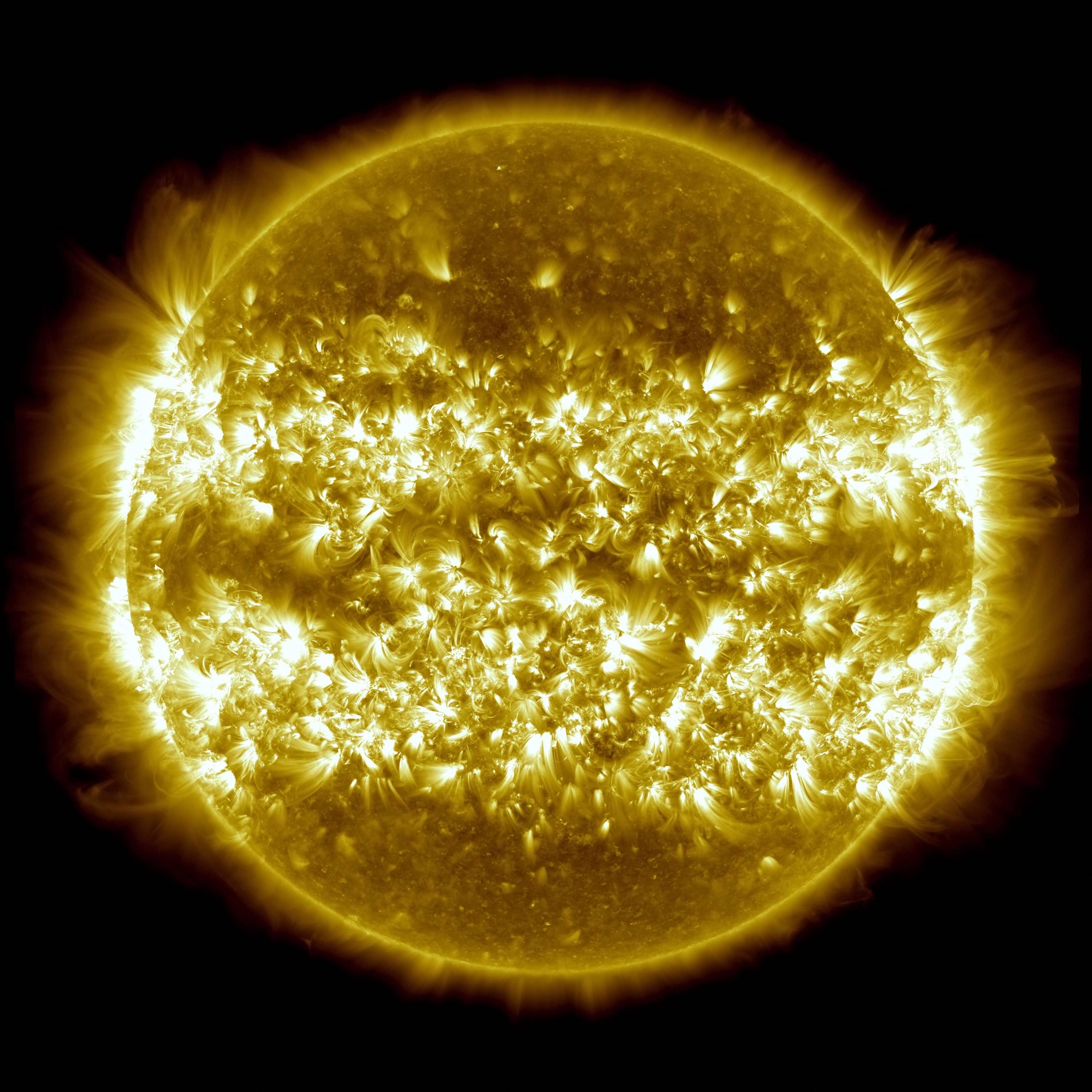 This image is a composite of 25 separate images spanning the period of April 16, 2012, to April 15, 2013. It uses the SDO AIA wavelength of 171 angstroms and reveals the zones on the sun where active regions are most common during this part of the solar cycle.

A closeup of a sunspot (a colder region, thus darker) looks like this: 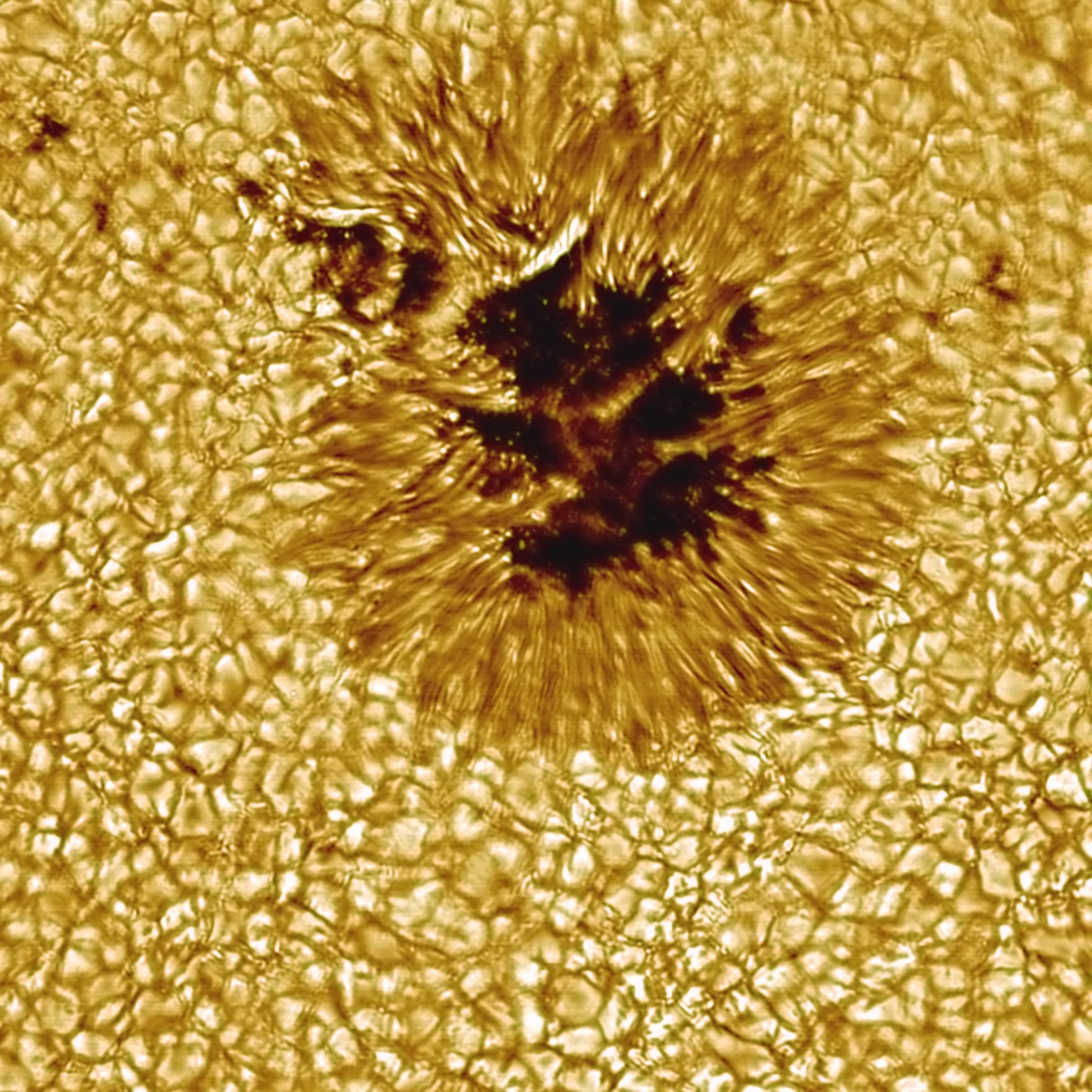 Adjusting the contrast of an image from the University of Virginia's webpage: "ASTR 1230 (Majewski) Lecture Notes" creates an image that shows limb darkening. 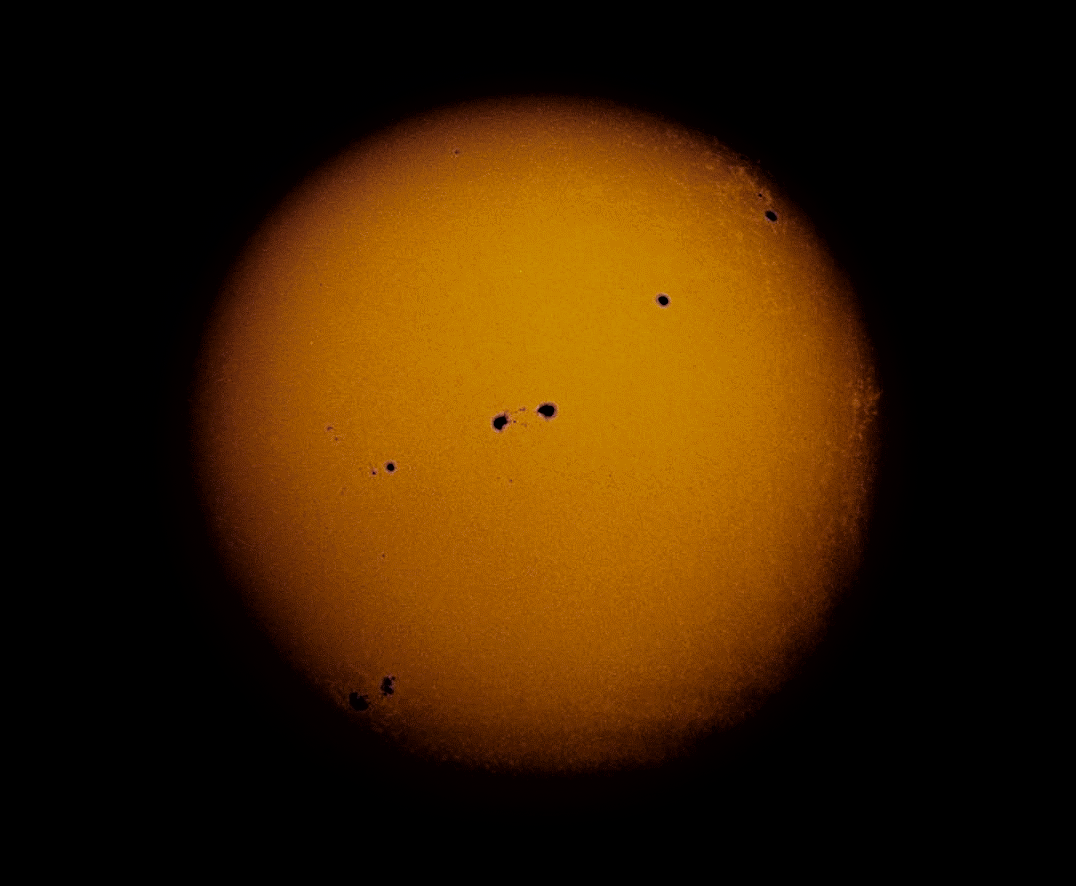 Not the answer you're looking for? Browse other questions tagged the-sun light visible-light or ask your own question.

2
Can the Sun be used as a point source of light to achive better focus?
2
Why weren't the Hubble light-echo images of V838 Monocerotis supplemented by ground telescopes?
4
Is the Sun slightly blue in the center? - Wavelength-dependent limb darkening of the Sun
1
Do far away planets reflect light in the same way our moon/earth reflects light?
3
How deep is the "A" Fraunhofer line in the solar spectrum? Is it from the Sun's or Earth's atmosphere?
4
Solar visible light spectrum
7
How does V838 Monocerotis look today? Any subsequent light echo images, or is the party over?
2
Are there any ways in which the light time difference between the center and the edge of the solar disk is noticeable?
3
What does the Sun "look like" below 100 MHz?