How many Moon's Topocentric Conjunction occurs per lunar month?

without scale I can imagine many Topocentric Conjunctions as shown in the pictures below: 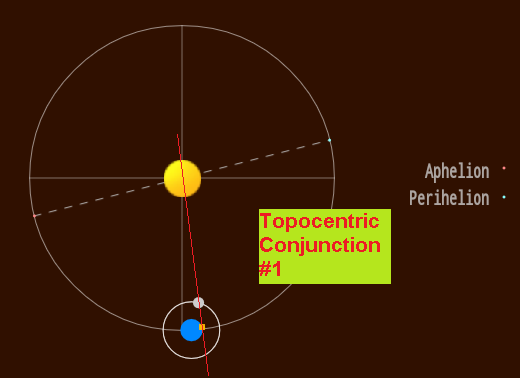 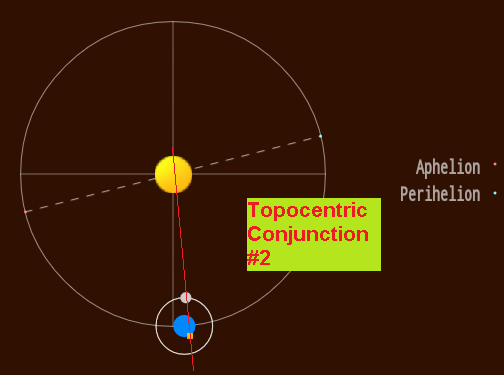 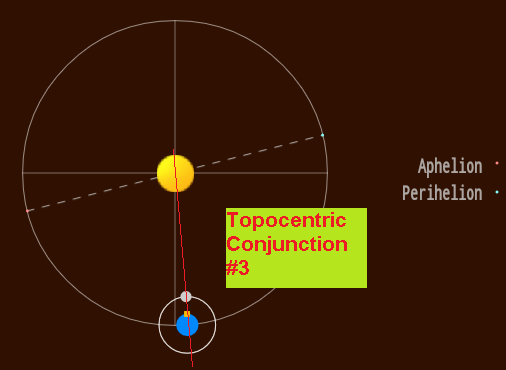 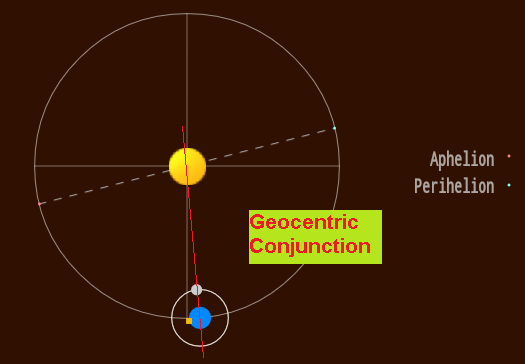 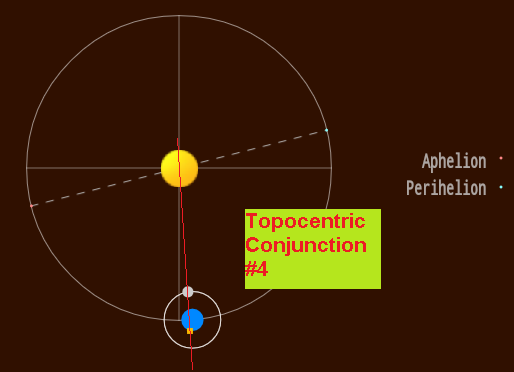 Ignoring the rest of the solar system and even the Moon's non-negligible mass, the velocity of the Moon's motion around the Earth is on average roughly 1 km/sec per $v=\sqrt{GM_E/a_M}$ (the vis-viva equation).

The Earth is about 12760 km in diameter, so the Moon traverses the Earth's projection in about 3.5 hours.

A topographic point traverses the Earth's projection in 12 hours with a tangential velocity that's never more than 0.47 km/sec.

That means that the moon's projected position always "moves" faster than a topographic location, so there can never be more than one topocentric superior conjunction per lunar month.

Hopefully there will never be any inferior topocentric conjunctions for this Earth at least.

2
Should the synodic period or the orbital period be used to determine the diameter of the Moon?

6
Lunar Soil: what are those “bumps” and how were they formed?
4
How did the moon's orbit become eccentric?
1
Has anyone filmed a total lunar eclipse from the Moon's perspective?
2
How does the length of the minor semi-axis of the moon's disc's inner terminator vary through the cycle?
1
Recognising lunar month only by looking the sky
3
How to calculate the moon's illuminated fraction tilt?
2
How many days a month can you see a moonrise during daylight?
2
How long was a lunar month in ancient times?
1
How to calculate the period of a lunar mansion?