What did I see go by saturn?

I was looking at Saturn through a basic reflective telescope. I had it focused and could see the rings. To the left a small dim white dot came across my view passing in about 3 seconds from my north to south( perpendicular to the Rings) no tail or anything.

As mentioned in this comment if you were using low power, say 40x with a 50 degree apparent FOV eyepiece that would be about 0.4 degrees per second which is in the ballpark of the apparent motion of an artificial satellite in low Earth orbit (LEO).

A geostationary satellite (GEO) or even a geosynchronous one would move much more slowly relative to Saturn, and if your telescope wasn't motorized, it would appear in a fixed position even as Saturn slowly moved across your field of view due to Earth's rotation.

As pointed out in this comment it could perhaps be an airplane as well if there was some source of light. It could have had some lights on, or you were watching at dawn/dusk and it received some sunlight, or I suppose it might be possible that it was reflecting Moonlight.

But I think a comet (also mentioned in that comment) or a tiny near-Earth asteroid couldn't possibly appear to move a substantial fraction of a degree per second unless it was closer than the Moon, and we would likely (but not for certain) hear about that, though there are surprises as discussed in the (currently unanswered) question What is the “interesting story on the limitations of (NASA's) current (near Earth object) survey network”?

For further reading on artificial satellites in low Earth orbit, see What actually happened here with a satellite, the ISS and the moon? and also this answer to Why is taking a picture of the moon surface from earth possible but taking one of an artificial satellite is difficult? and while you're at it, answers to Are commercial communications satellites in GEO being constantly monitored by telescopes? 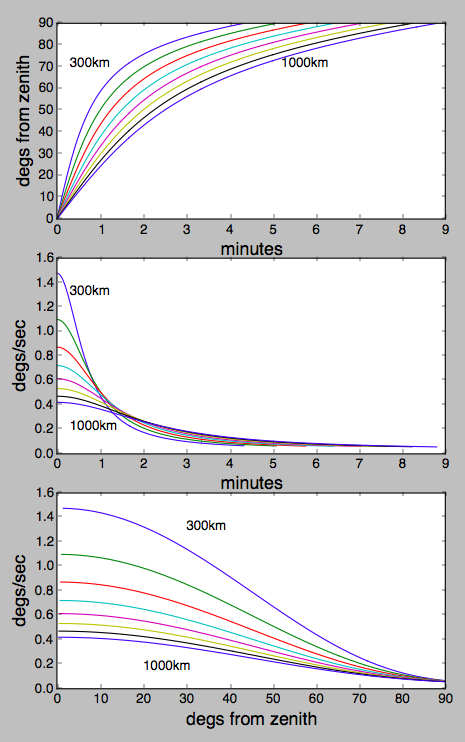 11
Will Starlink deface the night sky?

6
How much did we know about asteroids at the beginning of the 20th century?
3
Do/did the asteroids contain enough water to create Earth's oceans?
6
Did interstellar asteroid Oumuamua pass near other stars?
20
Why did the distribution of asteroids discovered in 2010 have a radial modulation?
4
How did astronomers determine the path of 'Oumuamua so quickly?
1
What exactly are the "ν6 secular Sun-Jupiter-Saturn" and the "1:4 Sun-Jupiter" resonances?
4
How did Biden become VP? (naming of 2012 VP113)
5
How can we be certain that Ryugu is a remnant of the material that did not form planets?
3
Can we see asteroid 1998 OR2 with unaided eye?
11
Opportunities to see a near earth object via unaided eyes or binoculars?