Seeing a star near zenith around sunset

I'm recalling while taking a university astronomy class the professor brought a few of us up to the observatory, around sunset. He showed us a star near zenith with the telescope. After we left the observatory and were walking back to our dorms we thought we saw the same star, with the naked eye. The sky still seemed somewhat bright.

So you can think of the two methods (viewing through telescope versus waiting for night) as similar, in that they both make the sky dimmer and the star brighter.

It's possible to start guessing what that star might be, but I don't know. Here are two predictions of the sky on November 15 at 5:30 PM and 8:30 PM local time at roughly 42 degrees North latitude.

That far North there are no planets that could be very close to the zenith, and it would be necessary to know the year as well to see how close one might have gotten.

Images are from in-the-sky.org's planetarium feature. 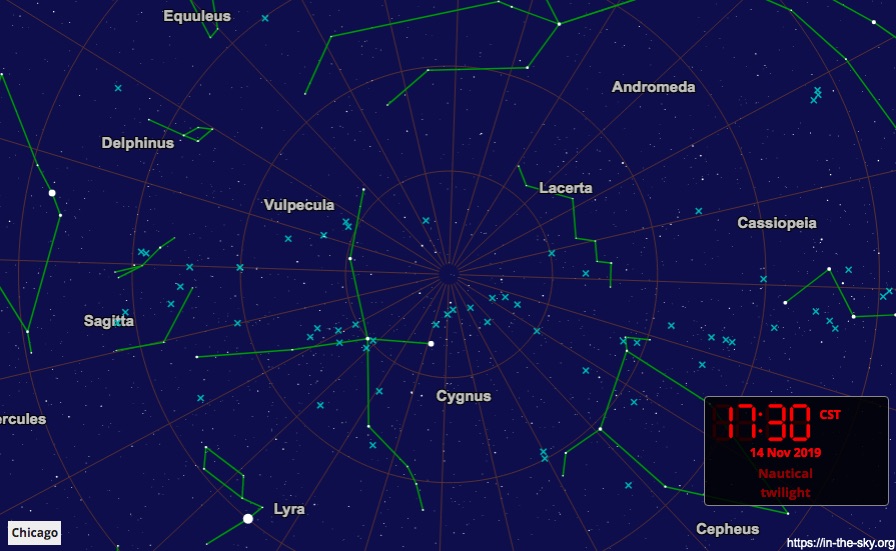 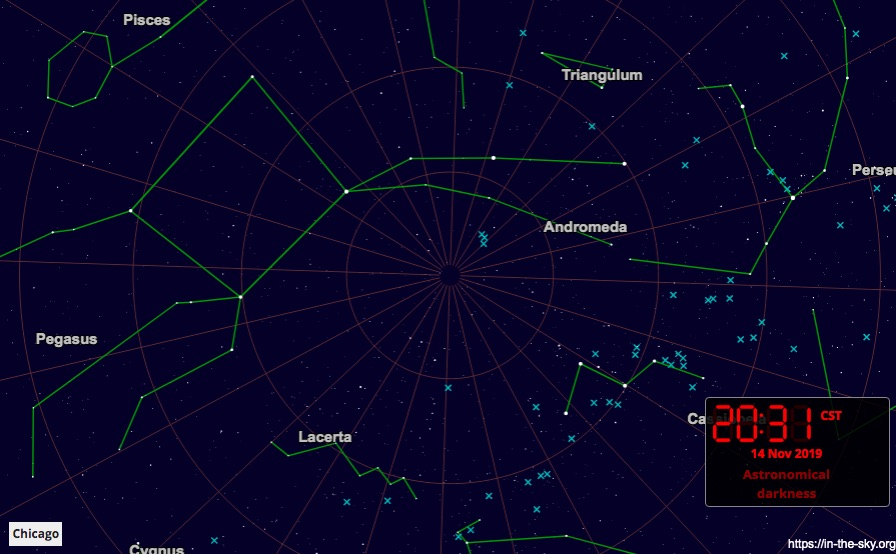 Not the answer you're looking for? Browse other questions tagged amateur-observing naked-eye sunset or ask your own question.

10
Time after sunset until star can be seen
1
“What was that spot in the sky?” - How to identify satellites
5
Bad seeing on a clear night?
2
Calculating Air Mass at Zenith for observing sites above sea level?
2
Am I seeing the constellation Orion?
2
Bright light in the sky, in the '90s, what could it have been?
8
What's the white glow around this star?
5
How bright is the Crab Pulsar's 30 Hz modulation in visible light? What color is it?