Did Hubble see a pair of UFOs? (Identify this artifact)

The image below is this one, found in this group of Hubble space telescope images of the interstellar comet 2I/Borisov (C/2019 Q4).

Can anyone recognize this pair of artifacts in the upper right corner of this HST diagnostic image? 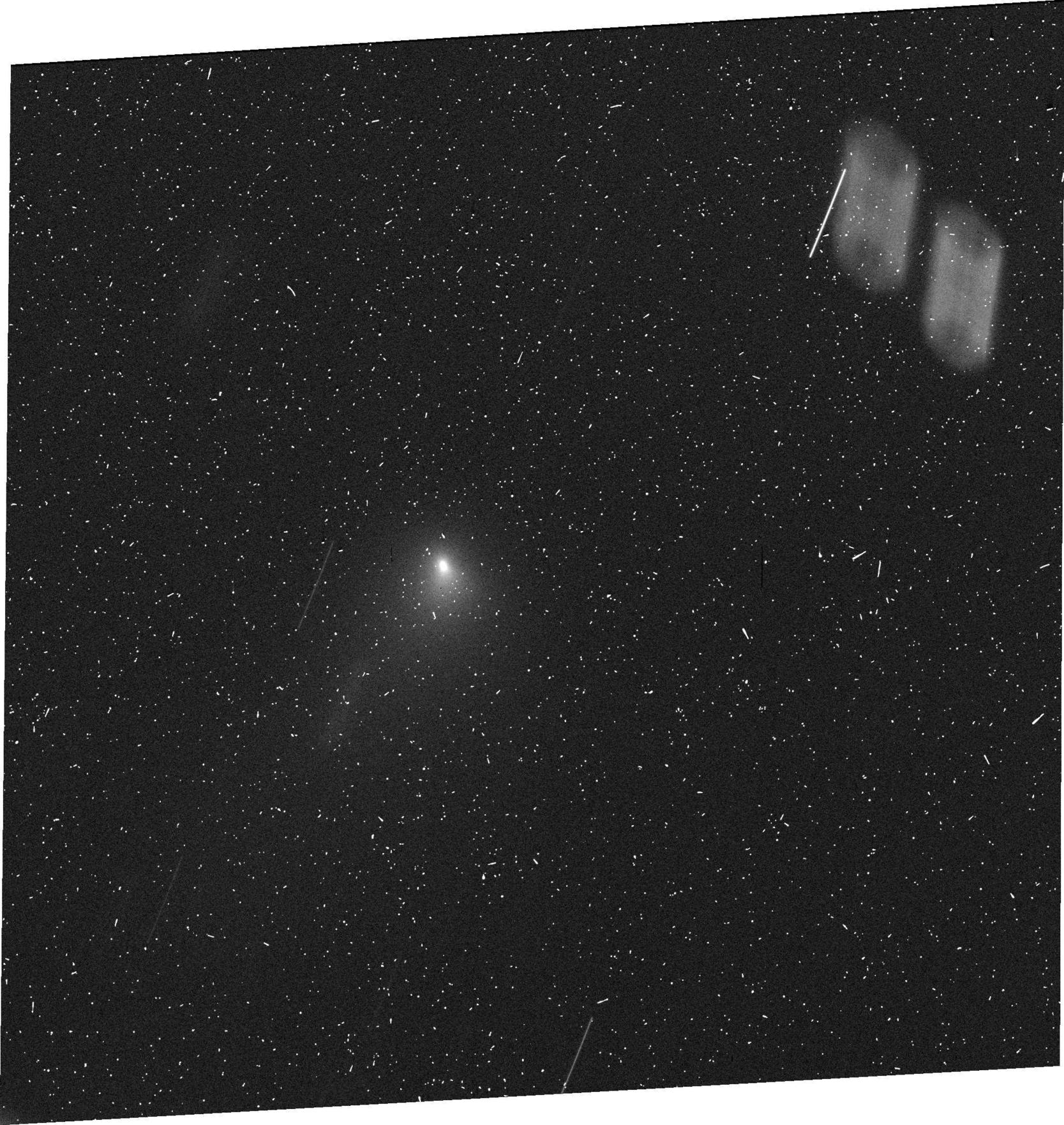 I'm going to guess that these are reflection artifacts of one or two nearby bright stars. The fact that they have about the same length as the stellar streaks, suggests they are smeared by the telescope's tracking of the comet. The fact that they are oriented with a slightly different angle than the star streaks may be due to the reflection shifting slightly as the telescope is moved.

In fact, Figure 6.9 on this page from the WFC3 Handbook (the instrument used for the comet images) shows a clear examples of "figure-eight shaped ghosts" due to bright stars in the lower-right quadrant, described thus:

When a point source is positioned in the lower right quadrant of the UVIS detector, out-of-focus reflections between the CCD and windows appear along a diagonal from the source towards the upper left, well removed from the source. These figure-eight shaped ghosts gradually move outside the field of view as the target moves out of the lower right corner. They contain a few percent of the flux of the target. The ghosts of several bright stars are visible in the exposure of 47 Tuc shown in Figure 6.9. 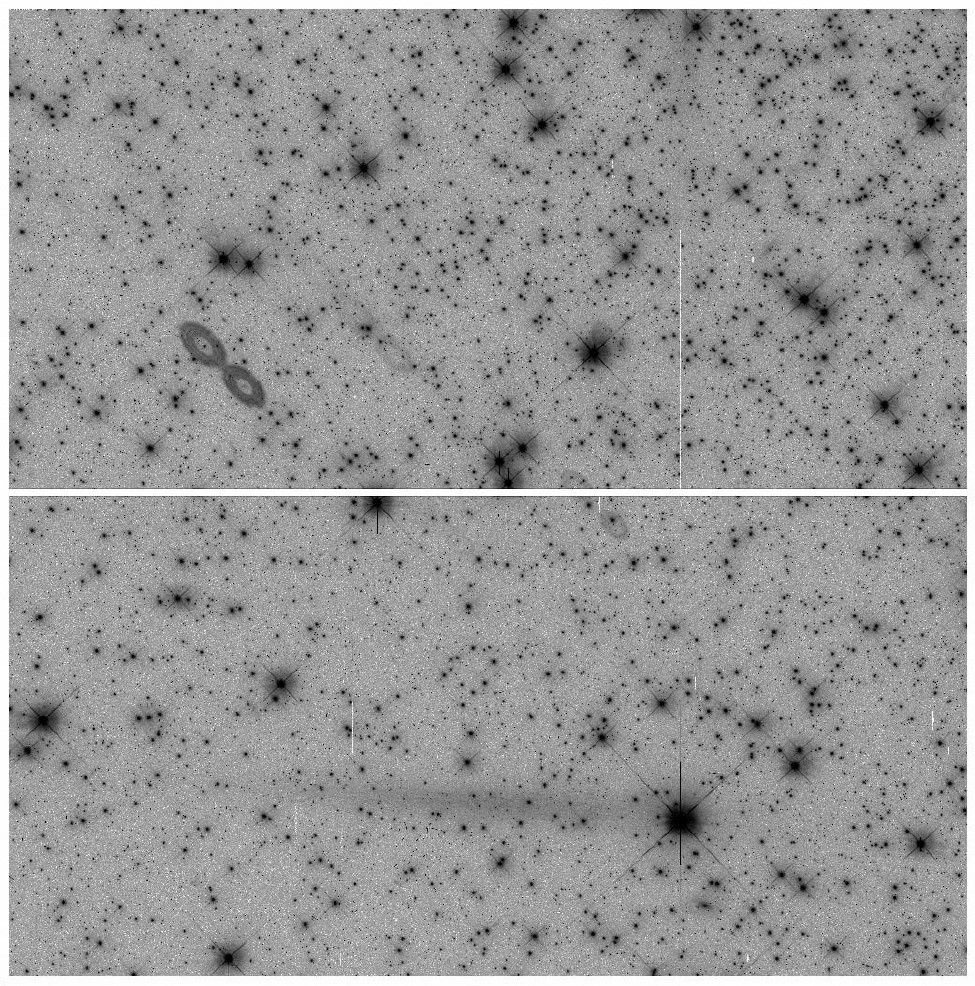 Figure 6.9 -- note the clear example paired elliptical rings ("figure-of-eight shaped ghosts") on the left part of the upper half of the image.

(Note that the comet images were taken with a sub-array of the WFC3 UVIS detector, which is probably why you don't see the star that produced the ghosts.)

You see ring-like ghost images in ground-based images, too; I've been examining an image taken by some collaborators with a telescope in the Bavarian Alps, and it's got several examples (fortunately not on top of the galaxy we're interested in!).

I suspect they are brightish extended galaxies being smeared by the motion as HST tracks on the comet - you can see the star streaks e.g. in the bottom center of the image. Given the time of the image, it should be possible to identify which galaxies they were. Pretty much everything else in the image (apart from the comet) are cosmic rays - being above the atmosphere hugely increases the cosmic ray flux in the CCD detectors compared to ground-based observations. The cosmic rays section of the WFC3 Instrument handbook says:

(SAA is the South Atlantic Anomaly which normally prevents observations)

Observations with HST are normally split into pairs (e.g. Exposure Time section of the WFC3 Instrument Handbook) to help deal with by allowing e.g. median combining of the images to remove the cosmic rays.

12
What is that donut-shaped object I see in my telescope?
17
Which are stars and which are noise in this comet photo?
6
What cluster of stars is this with a "dark donut" to one side?
4
Help identify a bright and round object photographed through a telescope
2
Questions about Hubble's brand new view of an interstellar comet (video)

7
How good is the HST compared to ground telescopes?
10
Is this object an asteroid or comet, and how can it produce so many tails?
0
Is this image captured by the Hubble Telescope an original image?
17
What is the "lost light" in this unusual Hubble Deep Sky image?
3
Is this the best non-radio image of whatever's at the center of M87? How was it taken?
24
What detail can Hubble see on Mars?
17
Which are stars and which are noise in this comet photo?
2
Questions about Hubble's brand new view of an interstellar comet (video)
3
spider image in Samuel Oschin Schmidt Telescope DSS imagery
1
Do point spread functions from large single telescopes using adaptive optics still look like Airy functions for narrow-band filters?