Is it possible to see mercury transit "clearly" by the naked eye?

I'll use the atmosphere as my big natural lens. So I'll watch the upcoming mercury transit at the sunset time where the sun looks bigger than usual. Will this make the black dot of mercury bigger or big enough to be obviously seen by the naked eye? I've never seen it before.

I did see the Venus transit before the Sun in 2004.

I used no telescope, but of course I used proper solar eclipse glasses to protect my eyes. The black circle was small but clearly visible.

But Mercury is much smaller, the transit is not visible without a telescope. See Wikipedia.

Here an image of a Venus transit: 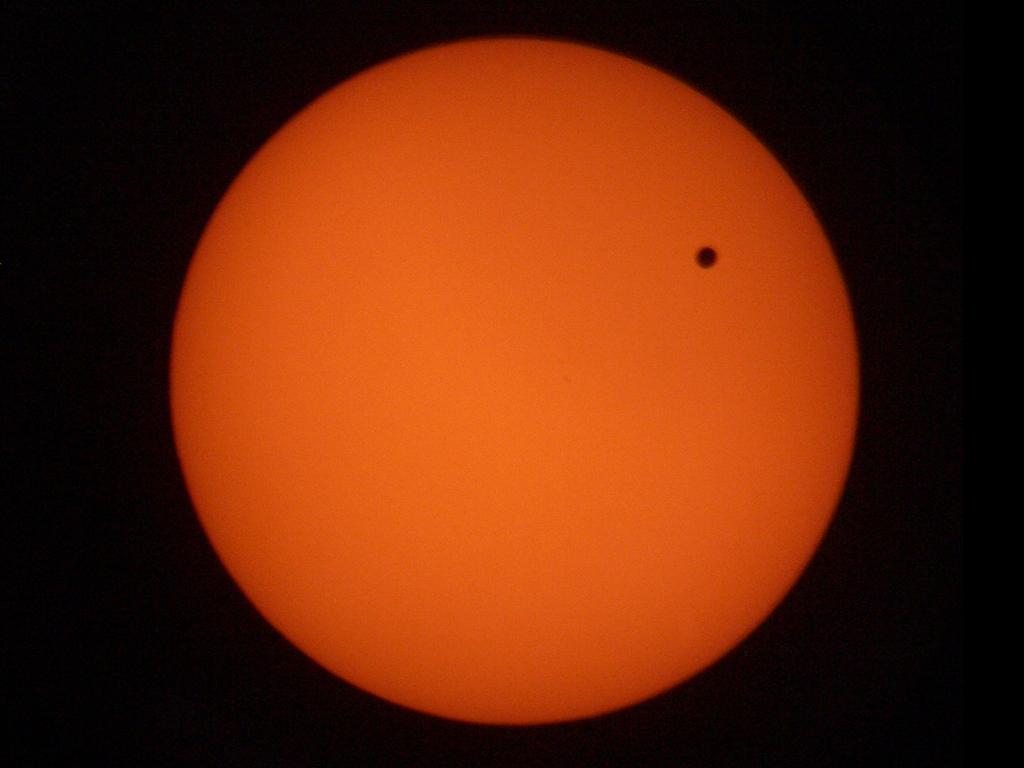 Here the much smaller Mercury: 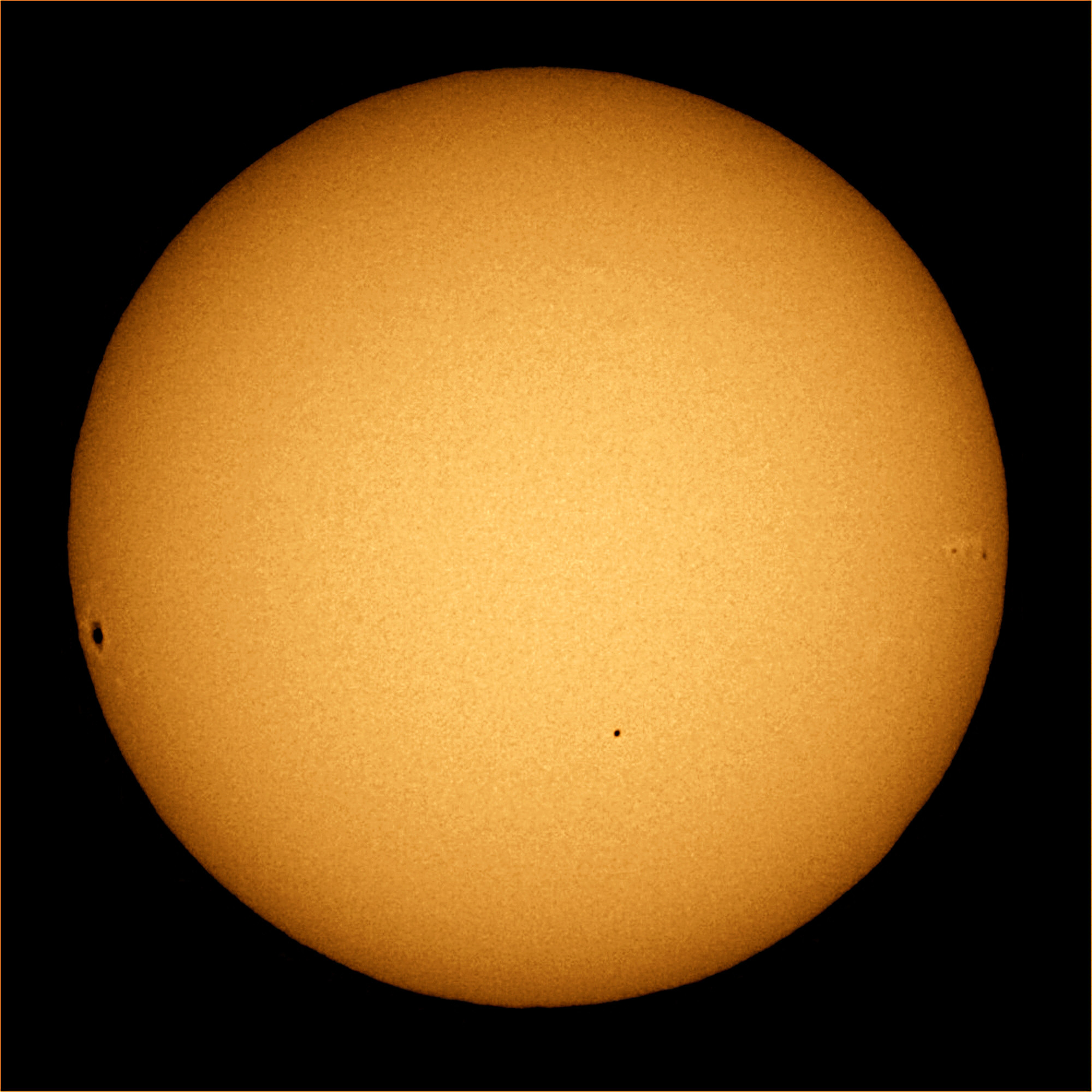 The dark spots to the right and left are sunspots, Mercury is the very tiny black spot below the center of the Sun.

I'll use the atmosphere as my big natural lens. So I'll watch the upcoming mercury transit at the sunset time where the sun looks bigger than usual.

While the Sun and Moon might seem larger at the horizon, their angular size doesn't get larger. It's an optical illusion.

Will this make the black dot of mercury bigger or big enough to be obviously seen by the naked eye?

Therefore, no it won't, and never ever look directly at the Sun unless you are using appropriate Eclipse-viewing glasses that are specifically designed for this purpose. Sunglasses are not the correct thing to use, they can block some wavelengths more than others, causing your pupils to dilate while still passing some damaging wavelengths.

At closest approach, mercury is only 11 arcseconds wide, well below what we can resolve with unaided vision. We can still notice stars because they are on a black background, but it doesn't work the other way around. Mercury's sub-resolution black spot would not be noticeable against a bright disk.

Pinhole projector (aka camera obscura) - No.

In this Astronomy SE answer I've said that even using a pinhole projector, you won't be able to see Mercury's transit since they provide very low resolution.

There is even more to @uhoh's "no" answer. Even if the planet were larger in the sky, as it would be with Venus, we still could not see it through clear air without a filter. The light from the remaining visible part of the Sun, scattered by the atmosphere, effectively cloaks the transiting planet in brightness, an effect we also see when we try to view a lunar eclipse in a dawn or dusk sky. (#)

Actually I did catch the 2004 transit of Venus by "cheating" -- the Sun was rising that morning through a heavy pollution layer, which killed the scattered light and allowed the transit to be very briefly seen with momentary glances. But -- once the Sun rose above that layer into the clear sky, no dice.

So unless you're lucky with pollution, you won't see anything at all without a filter, even with a large planet. And then you might as well use one that gives proper protection so you can have a good, long, and at least in the case of Mercury, telescopic look.

Not the answer you're looking for? Browse other questions tagged solar-eclipse planetary-transits .

6
Watching the Mercury transit with improvised devices
2
Pinhole projector for the Transit of Mercury
4
Pinhole Projector: Can I use a specific solar optical eye piece to focus the Transit of Mercury?
1
Why did Mercury not appear to transit through the middle of the sun?
3
How to compute the sun's (upper) transit
7
Can the period of the planet transit across the sun be calculated in the same way the eclipse year is?
4
Accuracy of Mercury transit calculations
5
How could one use the transit of Mercury to try and find the Astronomical Unit?
2
Between Mercury and Venus, which planet produces a longer transit? Assuming both planets describe same path on the solar disk
1
Is it still the case that the transit of Mercury can't be measured with sufficient accuracy to determine the Sun's distance?