Hot Jupiters are giant planets that are very close to their host star. How many Hot Jupiter exoplanets have been found around stars more massive than our Sun?

Yes, there are hot Jupiters around stars more massive than the Sun: in fact the first known hot Jupiter host star 51 Pegasi has a mass of around 1.11 solar masses.

As for a list of them: use the confirmed planets table at the NASA Exoplanet Archive. You just need to add in the relevant criteria you're interested in. The actual criteria for where to draw the dividing line seems to be roughly around Saturn-mass planets, so using Saturn's properties you could do the following:

There is a handy "Plot Table" button that will allow you to construct a histogram from the selected planets. Here's an example from the planets selected by mass between 1 and 5 solar masses (there are a few outliers at even higher stellar masses, but I'm not sure how reliable those mass estimates are): 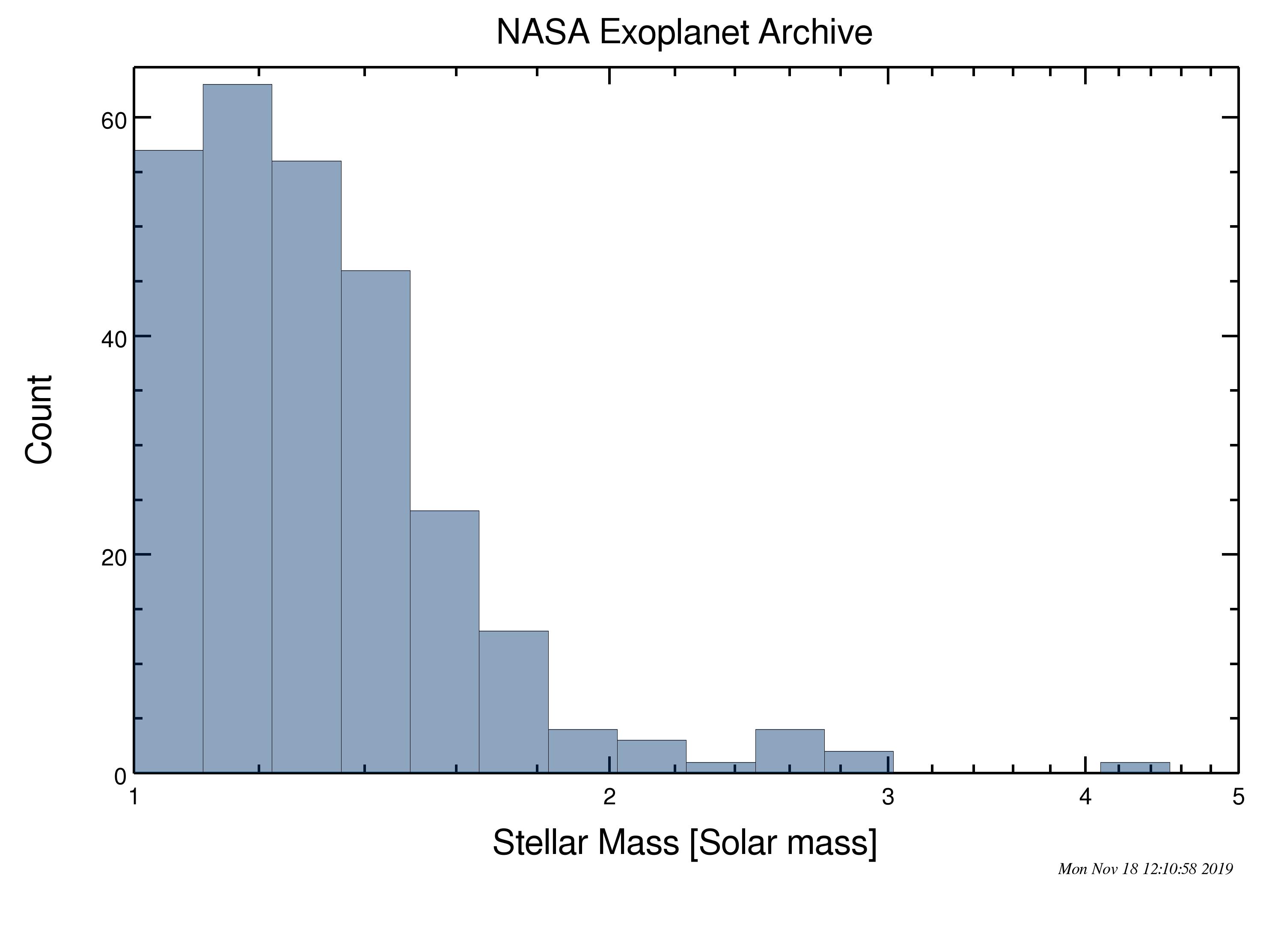 Note that the above does not represent the actual distribution of hot Jupiters with stellar mass: there are detection biases at play that make it harder to find planets around more massive stars, which need to be corrected for to estimate the true distribution.

You can also do similar queries at the Extrasolar Planets Encyclopaedia but the user interface isn't quite as friendly.

Not the answer you're looking for? Browse other questions tagged hot-jupiter or ask your own question.

6
What proportion of planetary systems have been found with 'Hot Jupiters'
17
What is the current accepted theory for the fate of hot Jupiters?
5
Conditions on Hot Jupiters
2
Hot and "warm" Jupiters expelling terrestrial planets?
2
Can hot Jupiters cause solar flares?
10
Existence of planets larger than their host star?
2
Can a dying, swelling, star be rejuvinated by enveloping orbiting gas giants?
25
Is Jupiter still an anomaly?
4
What is this gap between hot and cold Jupiters?