How far apart are stars in a binary system?

I'm wondering how far apart from one another the stars are in binary systems. What is the distribution of the separation between binary stars? Are most of the binary stars very far apart like Sirius (8.2 to 31.5 AU)? Are there many stars in orbits even wider? Are there more pairs with grazing orbits?

Is there a database similar to exoplanets.org where I could see the distance between the pair of stars for all the binary systems we know of?

Distances ($a$) between binary stars vary wildly, from the order of the radius of the stars, to more than a light-year! The plot below (from here) shows a compilation of several surveys, with the color indicating the method by which they've been detected.

Separations are roughly normally distributed in $\log a$, peaking at a typical separation of tens of AU. The corresponding periods have median values of a few hundred years (e.g. Raghavan et al. 2010; Duquennoy & Mayor 1991). 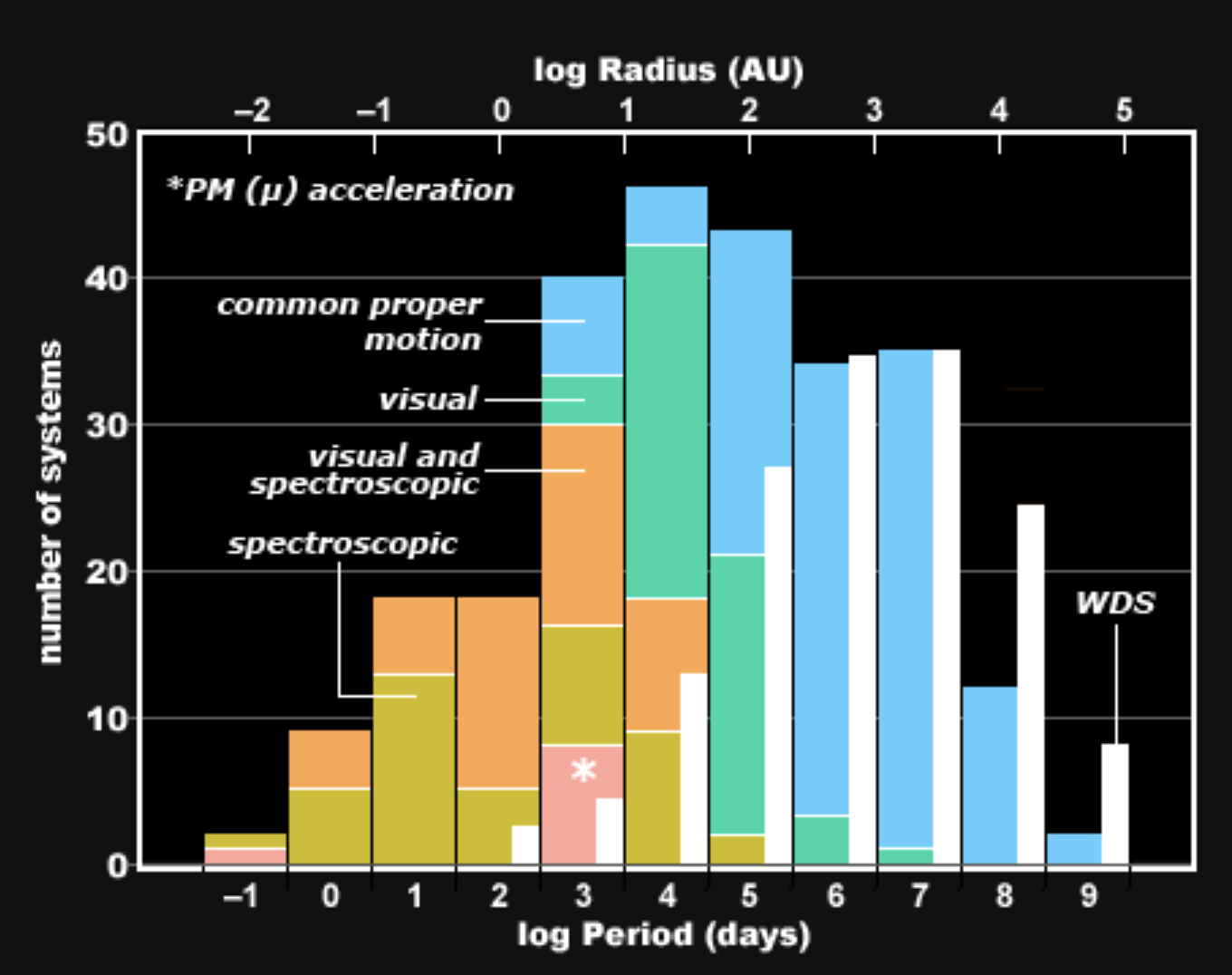 As commented by Oddthinking, if stars are too close we are no longer able to resolve them visually (green bars). But we can still detect them spectroscopically (yellow bars): If we observe the blended spectral lines of two stars, we see the lines shift back and forth as the two stars orbit each other and their light is Doppler shifted.

On the other hand, if stars are too far from each other, their orbital periods of several thousand years makes it impractical to observe them orbit each other (we have only observed double stars for some 200 years); instead they're detected because they simply follow the same path through space — i.e. they have a common proper motion (blue bars).

As commented by PM2Ring, the fact that the two $x$ axes suggest a 1:1 correspondence between orbital radius and period seems odd — by Kepler's law, this also depends on mass. My random guess is that, because low-mass stars (which are most abundant) are poorly constrained (difficult to observe) and high-mass stars are rare, then most observed binaries are of the order of a Solar mass. If they're not too far from each other in mass, then there is an approximate correspondence.

Not the answer you're looking for? Browse other questions tagged binary-star or ask your own question.