What is this gap between hot and cold Jupiters?

When plotting mass to semi major axis on exoplanets.org, there seems to be a gap between Hot Jupiters and Cold Jupiters. A lot of Jupiter-mass planets at less than 0.1 AU have been discovered, and a lot at more than 1 AU, but there aren't so many in between. 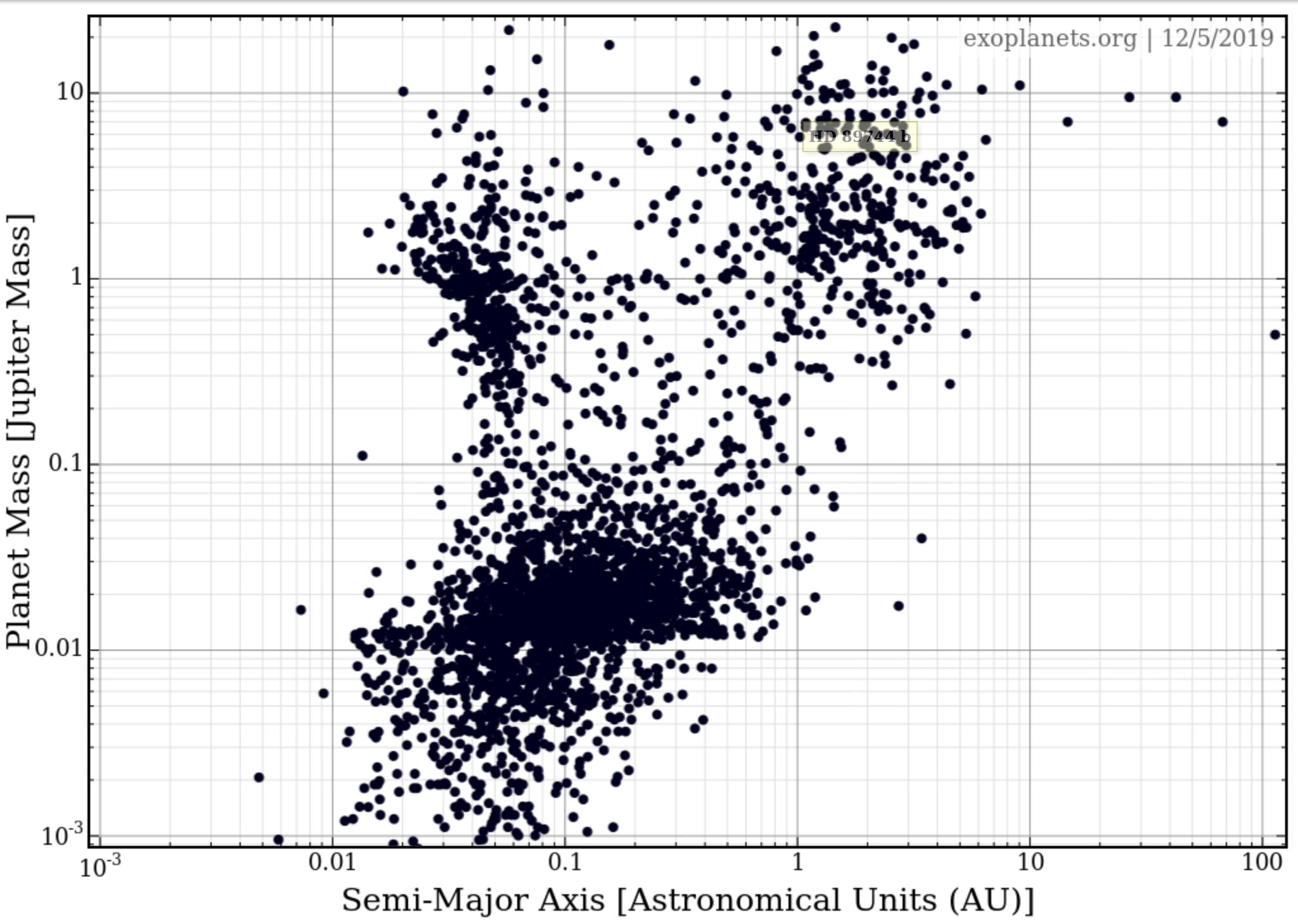 Since many planets closer and further away from their star have been discovered for the same mass, it seems unlikely that this gap would be due to observational bias.

Giant planets like Jupiter form through accretion in the outer part of the disk, beyond the frost line where the material is cool enough for volatile icy compounds to remain solid. These planets cannot form closer to their host star, since there is there is not enough matter in the protoplanetary disk at smaller radii.

The protoplanetary disk is somewhat doughnut shaped. When a migrating planet reaches the inner edge of the doughnut, the sum of forces exerted on the planet change which halts the migration.

Not the answer you're looking for? Browse other questions tagged exoplanet hot-jupiter cold-jupiter or ask your own question.

6
What proportion of planetary systems have been found with 'Hot Jupiters'
18
What is the current accepted theory for the fate of hot Jupiters?
5
Conditions on Hot Jupiters
4
Could we detect an earth-like planet around another star?
3
Hot and “warm” Jupiters expelling terrestrial planets?
6
Plausible reason for the Hot Neptune gap
10
Existence of planets larger than their host star?
2
Hot Jupiters around heavy stars?
25
Is Jupiter still an anomaly?