How do I find the signs that planets are in during any given date?

Say for example I wanted to know where the planets were on December 19th, 1664, at 1am; how do I figure that out?

You can use the software Stellarium, which is available on most plateforms, and in-browser. With this software, you can show the constellations and the planets at any time and date, and see where the planets are in the sky.

For instance, here you can see that Mars is in Libra and Mercury is in Scorpius. 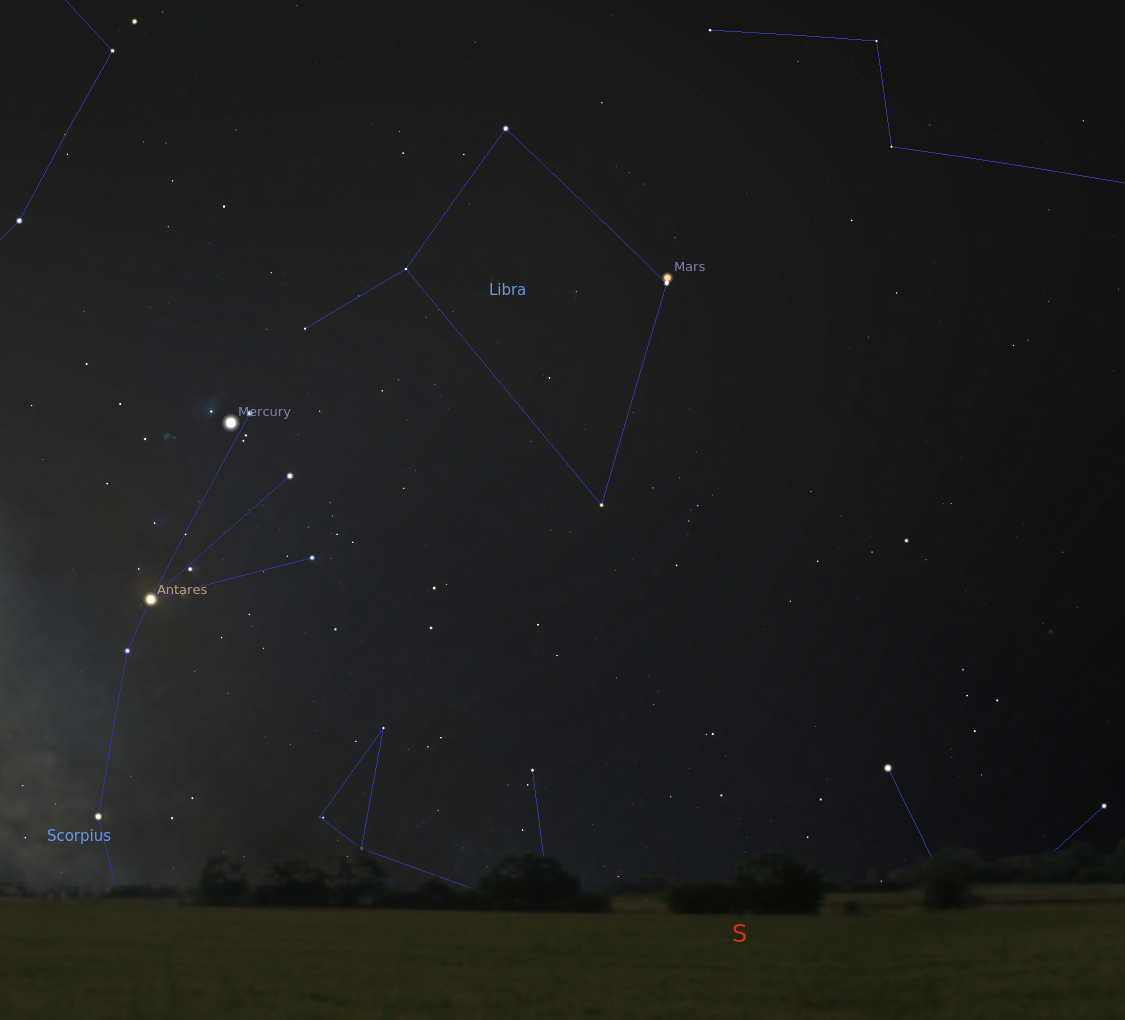 At the dates you specified, the positions of the planets were the following 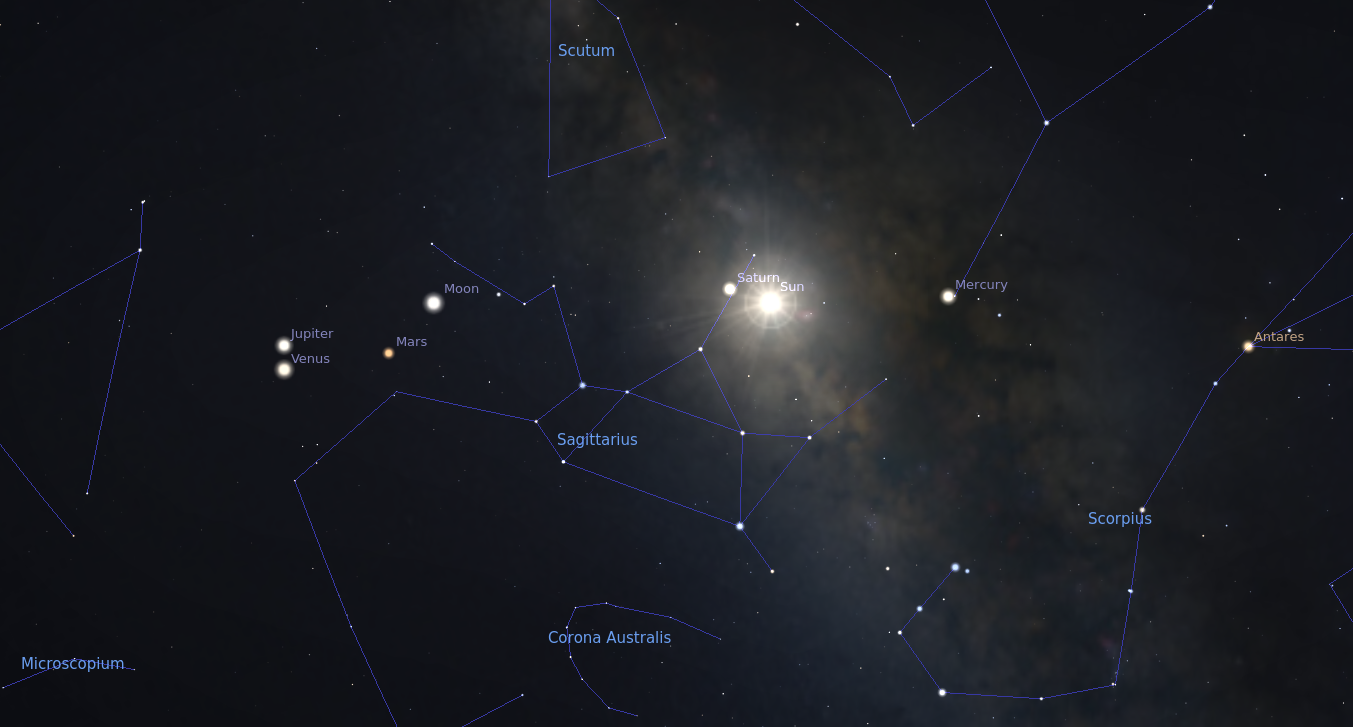 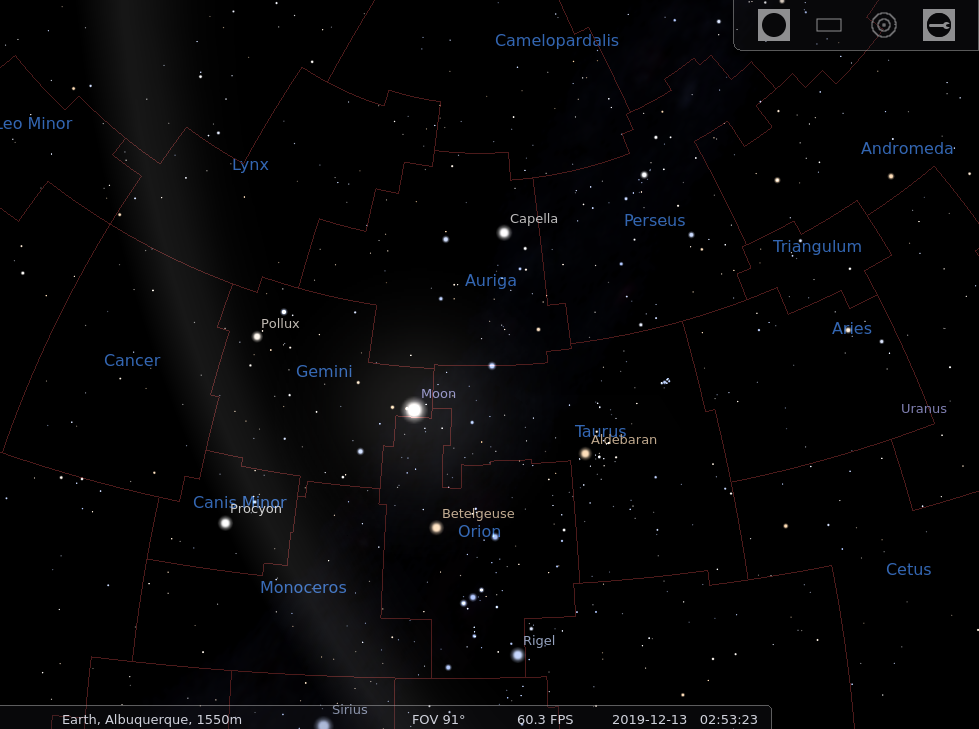 For example, in the image above, you couldn't really tell which constellation the stars inside the red box just by looking at the constellation figures without knowing the boundaries in advance. Since archeoastronomy predates the IAU's definitions, the IAU's boundaries wouldn't be helpful. I suspect you're more looking for when an object is "really" inside a given constellation.

This is also why determining the start of the "Age of Aquarius" is non-trivial, since it's unlikely that ancient peoples knew of or could predict IAU's boundaries. 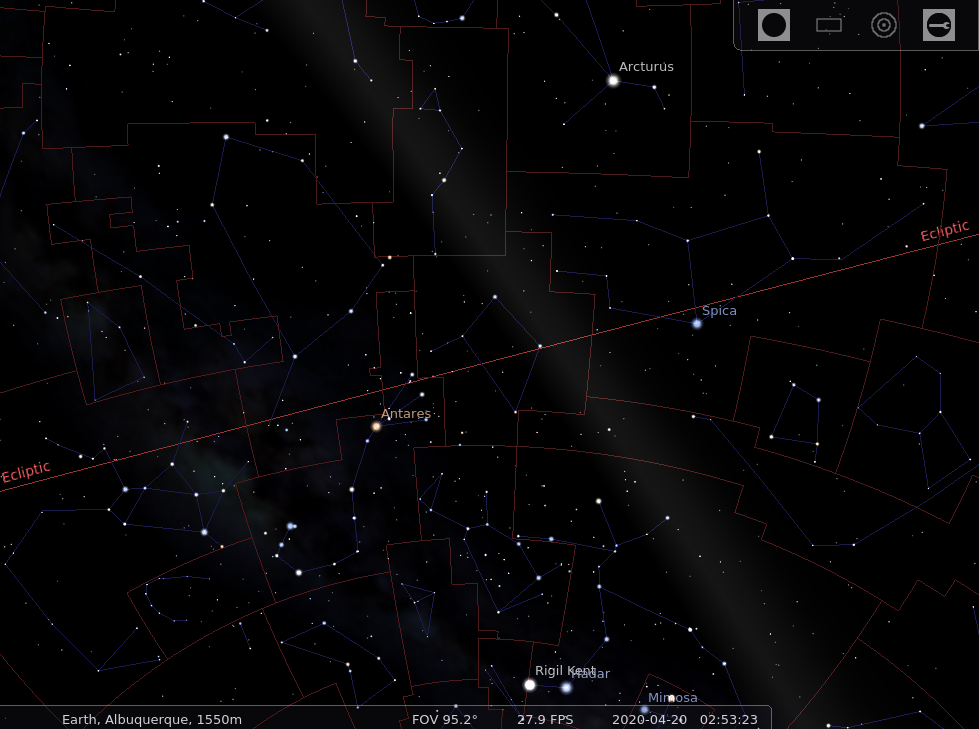 As shown above, the Sun spends much more time in Virgo than in Scorpio.

Not the answer you're looking for? Browse other questions tagged observational-astronomy archaeoastronomy or ask your own question.

3
Are any of the zodiac stars about to go supernova anytime soon?
4
What constellations touch the 9-degree wide Zodiac?
2
Period of unique horoscopes?

2
Calculating longitude from star culmination
3
Are there any planned future observations of TRAPPIST-1 and its planets?
5
How large part of the sky has Hubble observed?
15
How "fast" do astronomical events occur?
4
Tycho Brahe's model
1
How to calculate parallactic angle from a fixed alt-az position?