I understand what differentiates elliptical galaxies from spiral, lenticular, and irregular galaxies. What is the difference between a compact elliptical (cE) galaxy and a dwarf elliptical (dE) galaxy? Are there criteria which separate these two subtypes? 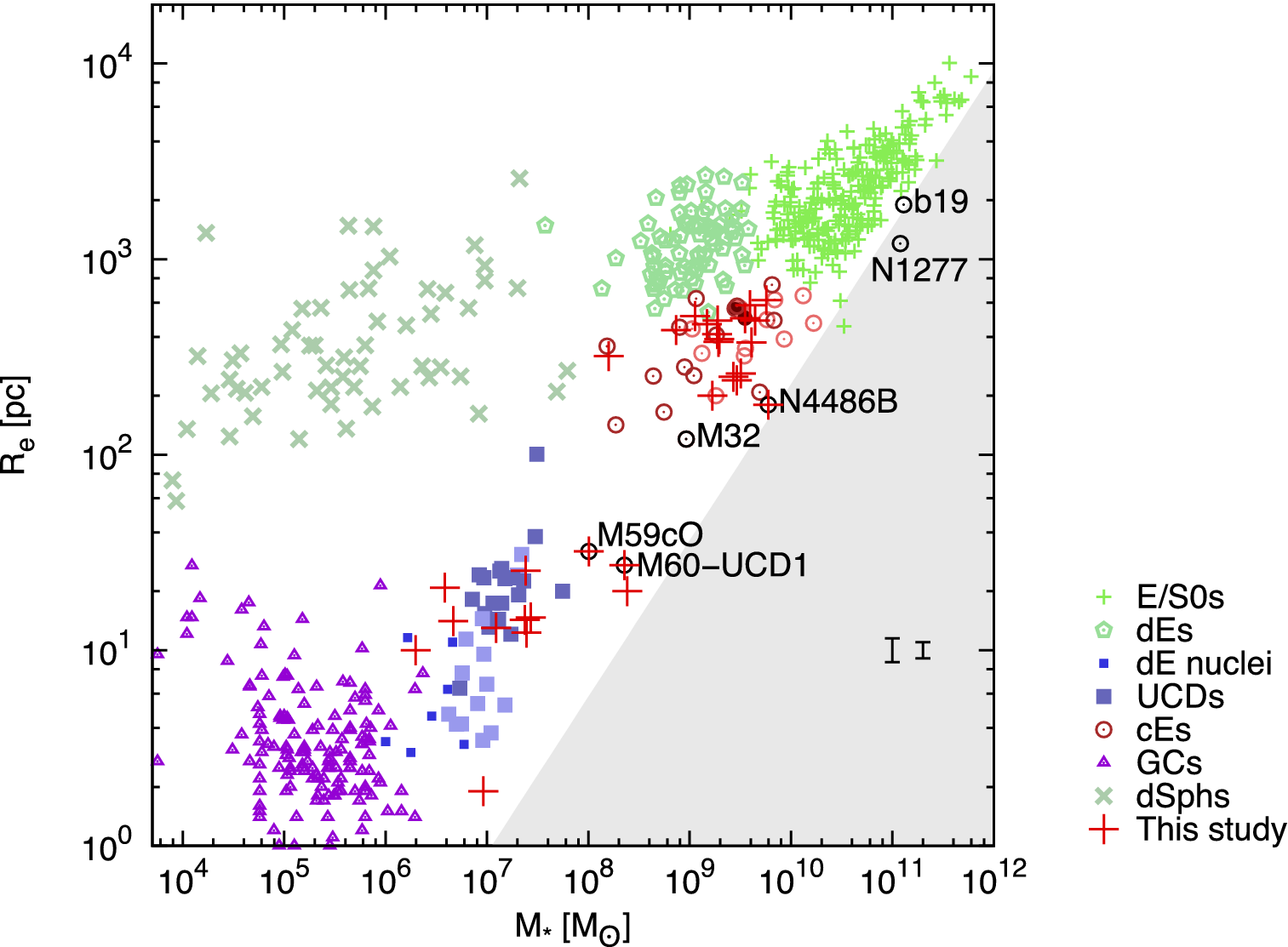 6
What are the criteria for the classification of galaxies?

4
What is the difference between a dwarf spheroidal galaxy and a globular cluster?
4
What differentiates a "group of rogue stars" from a galaxy?
4
Why is the metallicity of elliptical galaxies low?
5
What decides the shape of a galaxy?
12
Why aren't there blue elliptical galaxies or yellow spiral galaxies?
4
Why were two galaxies named "The Sagittarius Galaxy"? Is this common?
0
Why is SPT0418-47 ("the most distant Milky Way look-alike") expected to evolve into an elliptical galaxy?
0
Are Dwarf Galaxies a Subset of Galaxies?