Is there a general term used to identify the high flat features within Noctis Labyrinthus on Mars?

At the western end of Valles Marineris, where it mets Noctis Labyrinthus (highlighted section of image) 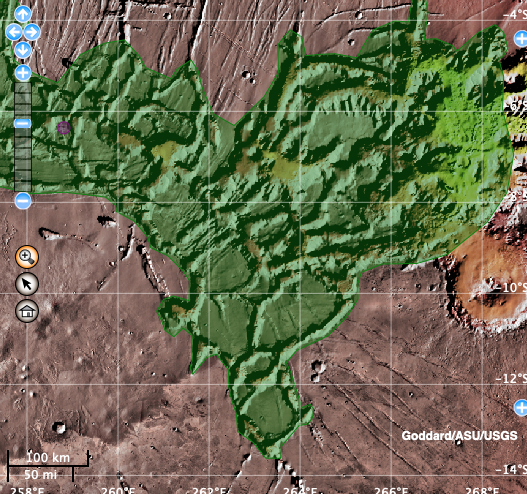 there are a series of flat geological formations between the canyons. 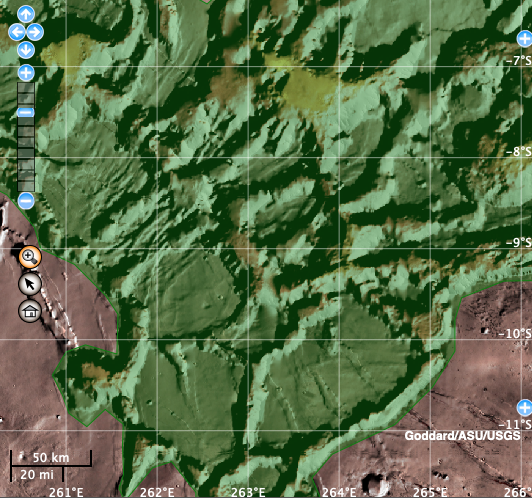 Is there a unique term for these formations, or even one borrowed from Earth's geology?

Has the individual sections of these formations been named?

The geological term mesa has been used to describe these structures.

A transitional zone on Mars, known as the fretted terrain, lies between highly cratered highlands and less cratered lowlands. The younger lowland exhibits steep walled mesas and knobs. The mesa and knobs are separated by flat lying lowlands. They are thought to form from ice-facilitated mass wasting processes from ground or atmospheric sources. The mesas and knobs decrease in size with increasing distance from the highland escarpment. The relief of the mesas range from nearly 2 km to 100 m depending on the distance they are from the escarpment.

If the flat topped structure is not composed of horizontal layered rocks it can be called a plateau or tableland.

Not the answer you're looking for? Browse other questions tagged mars terminology geology or ask your own question.

5
Could there be life beneath the surface of Mars or moons?
9
What is the cause of the variation from high and low mean obliquity periods of Mars?
2
How can I find the depth of a portion of the Valles Marineris?
1
Why are only some of the geologic features in Mars' Noctis Labyrinthus region named?