If an event occurs at a point in space time what will an observer experience first, it's gravity or the light from it?

Let's assume a person is close enough to an object in space time to be able to observe it's gravitational effects and the light coming from it. If that object suddenly pops out of existence (hypothetical situation), what will the person observe first,

P.S.- pardon me for the noobness of this question, physics isn't one of my strongest subjects.

it's an interesting question. It could ask about any violent transient effect that produces light and gravitational waves, though "popping out of existence" is the ultimate step function.

electromagnetic (EM) radiation is slowed very slightly by the presence of interstellar medium (especially by free electrons) and it's wavelength dependent. The image below from this answer shows the lower frequency radio waves arriving later than the higher frequency ones due to such an effect.

The farther away an object is, the larger the time difference, so this technique can be used to determine a likely distance for a given object.

So if you relax the term "light" to include a wide range of wavelengths which many astronomers now do, you can see a quite a big delay.

Answers to How fast can and do gravitational waves travel? say that gravitational waves generally travel at the speed of light, and answers to Have more recent LIGO/VIRGO gravitational wave measurements narrowed down the speed of gravity further? addresses experimental confirmation. I've never heard of an "index of refraction" for gravity that deviates from unity and could slow it with respect to the speed that an EM wave would travel between the same two points, so I think it's probably safe to assume that it will always come before the EM waves. 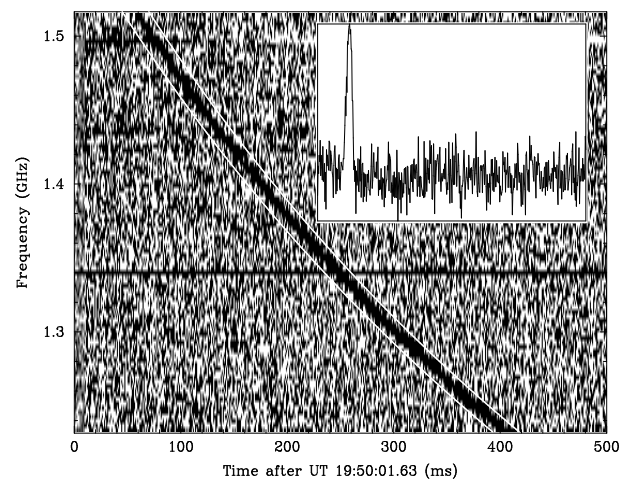 Not the answer you're looking for? Browse other questions tagged gravity light or ask your own question.

5
Have more recent LIGO/VIRGO gravitational wave measurements narrowed down the speed of gravity further?
3
How fast can and do gravitational waves travel?
3
Just how fast is a Fast Radio Burst thought to be?
0
can gravity be faster than light in some specific cases?

7
When we say a galaxy is 200 million light years away, does this account for the expansion of space in the time it took it's light to reach us?
15
What is the difference between our time and space time?
4
What is the physics of a gas mass subject to gravity in space?
5
What is the farthest point of light that is emitted by a torch?
3
What is the time/size/rigidity ratio for a space object to become mostly round?
4
How does gravity have an effect from the inside the event horizon of a black hole with the rest of the universe?
2
What is the light that we see from a neutron star come from?
1
If a photon were 1 Planck length away from the event horizon of a blackhole, would it be able to escape the blackhole's gravitational pull?