Has great eyesight been necessary for astronomers?

In a different (but somewhat related) field, some baseball stars have been known to have "baseball eyes." That is, an exceptional ability to visually follow the trajectory of a 90+ mph baseball to a degree enjoyed by 0.1% (one in a thousand) of the human race, as discussed in "Moneyball" by Michael Lewis.

I would imagine that would also be an advantage for an astromer, all other things being equal. But has "history"shown this to be necessary? That is, have there been a large or at least disproportionate number of famous and successful astronomers that been identified with eyesight in the top 1% (or higher) of the human population? Conversely, have there been any noted astronomers with notably bad eyesight who have made contributions because their theoretical, intuitive, or other abilities were enough to compensate?

"However, childhood smallpox left him with weak vision and crippled hands, limiting his ability in the observational aspects of astronomy."

He made great use of Tycho Brahes great systematic observations in his theoretical work. He did not need exceptional eyesight for his developments in optics and telescopes.

I don't have a full historical perspective on this, perhaps someone could add more, but in the past an astronomer could formulate a hypothesis, design an observation schedule, and then hire and coordinate a group of people to

and then announce a discovery, without necessarily doing any observation of their own.

The key to doing this was suppressing half the population, making it extremely difficult for them to become astronomers. Not impossible, but just very, very difficult.

From Space.com's Harvard's 'Computers': The Women Who Measured the Stars 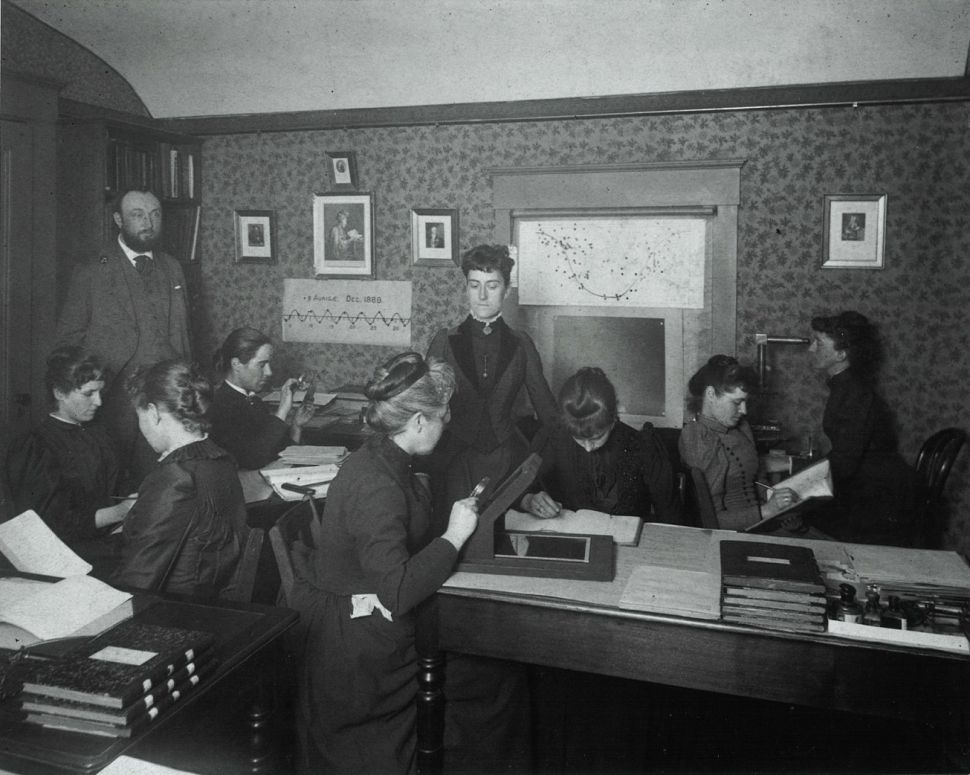 Have there been any noted astronomers with bad eyesight who have made contributions?

Astronomer Wanda Diaz Merced lost her sight in her early 20's when she was studying supernova explosions. Merced, fueled by her passion for the cosmos, found a way around her impairment. She discovered a way to hear the stars through sonification. Merced became a sonic astrophysicist.

Sonification has enabled discoveries that sighted Astronomers missed because they didn't have access to this new source of data.

It should be obvious that the qualities of sight which benefit athletes, including wide field-of-view and extremely fast focal length adjustment, are irrelevant to astronomy.

Prior to photographic capabilities coming into existence, there's some small case to be made for having excellent dark-adapted low light sensitivity, especially near the fovea. As you may know, in general the eye is most sensitive well off-axis, but it is tricky to learn to "stare" at something in your field perimeter without allowing the eye to track to that location.

One side note: despite statements supposedly made by Ted Williams during his career about being able to read the trademark on a ball as pitched, after retirement he flatly said that was nonsense. Reading a pitched ball's spin is a learned trait based on blur patterns generated from different spin angles and speeds.

No it is not necessary. The vision of astronomers is consistent with the population as a whole. I suppose you are referring to the ability to recognize a moving body like a planet, meteor or comet. These may be recognized over a period of days or weeks without baseball vision.

In baseball, the batter has to be able to track a ball in real time and he has less than a second to determine its path. There are no do-overs or second shots. Astronomers usually do not have an extremely short timeline like this to deal with.

Many astronomers, like baseball players, wear glasses or contacts to improve their vision. Astronomers can also focus a telescope to improve what they see.

So my answer is "it depends".

"Jocelyn Bell Burnell, who co-discovered the first pulsar PSR B1919+21 in 1967, relates that in the late 1950s a woman viewed the Crab Nebula source at the University of Chicago's telescope, then open to the public, and noted that it appeared to be flashing. The astronomer she spoke to, Elliot Moore, disregarded the effect as scintillation, despite the woman's protestation that as a qualified pilot she understood scintillation and this was something else. Bell Burnell notes that the 30 Hz frequency of the Crab Nebula optical pulsar is difficult for many people to see."

Some flashlights use PWM (pulse width modulation) so they flash at a high frequency which can be detected using a camera: 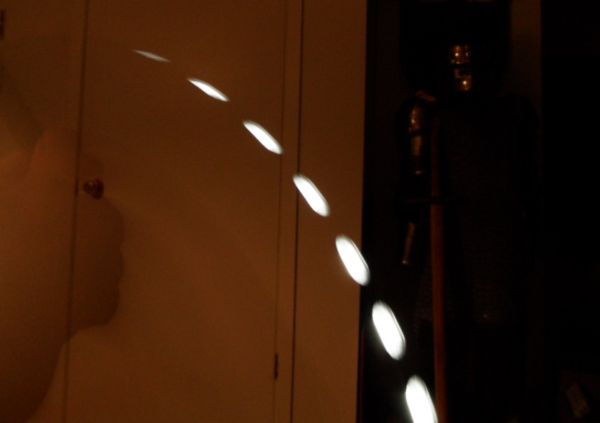 According to Kris Van Bael "There is one important effect that can keep flicker visible, even at 200Hz or more. And that is due to movement: leaving the trace like a dotted line on the retina".

I think I can see this effect with some LCDs but I can't find any scientific experiments on our ability to detect high frequency blinking in this way.

Even with better than average visual acuity, we still see only about 1% of the electromagnetic spectrum. Take a quickie look at Chromoscope and Planckoscope for a whiff of what we're missing -- and that is in just real-time here-&-now 7 mm clear aperture observation. No human eye ever saw a magnetic field, the swerves of space in time or veers of time in space; gravity's rainbow. No symphony lover has ever heard the measured breathing of a Cepheid; the shredding rend of galaxies in collision; the tremour of the sonic wave 52 octaves below Middle C as a supernova shell transitions between super to subsonic at around 100 km/sec 1.2 million years after it was first emitted. What our eyes know about the universe is what an ant's eye knows about us. And if you want to skip this trailer and see the movie, here's the marquee: Illustris/TNG.

Not the answer you're looking for? Browse other questions tagged observational-astronomy history or ask your own question.

7
How will "modern equipment" allow the Royal Observatory to now avoid some of the effects of light pollution at Greenwich?
4
Whose name is Fleming 1 nebula bearing?
5
How bright is the Crab Pulsar's 30 Hz modulation in visible light? What color is it?

17
Has Hawking Radiation Ever Been Observed?
7
What's the smallest scale at which dark matter has been measured?
2
Which stars have been named after astronomers?
2
Has stellar evolution ever been modeled analytically?
4
Have there been studies of "old photons" to see just how constant things like Planck constant has been?
15
Has radio astronomy ever been done on objects that appear very close to the Moon? Is this avoided?
3
Has a gravitational microlensing event ever been predicted? If so, has it been observed?
0
Was the Nobel prize for gravitational waves handed out based on a hand-drawn theoretical curve? Has the data been fit more rigorously now?