Why is Ganymede's aurora only visible in ultraviolet while Earth's is bright green and red?

NASA's Hubble Space Telescope observed a pair of auroral belts encircling the Jovian moon Ganymede. The belts were observed in ultraviolet light by the Space Telescope Imaging Spectrograph and are colored blue in this illustration. 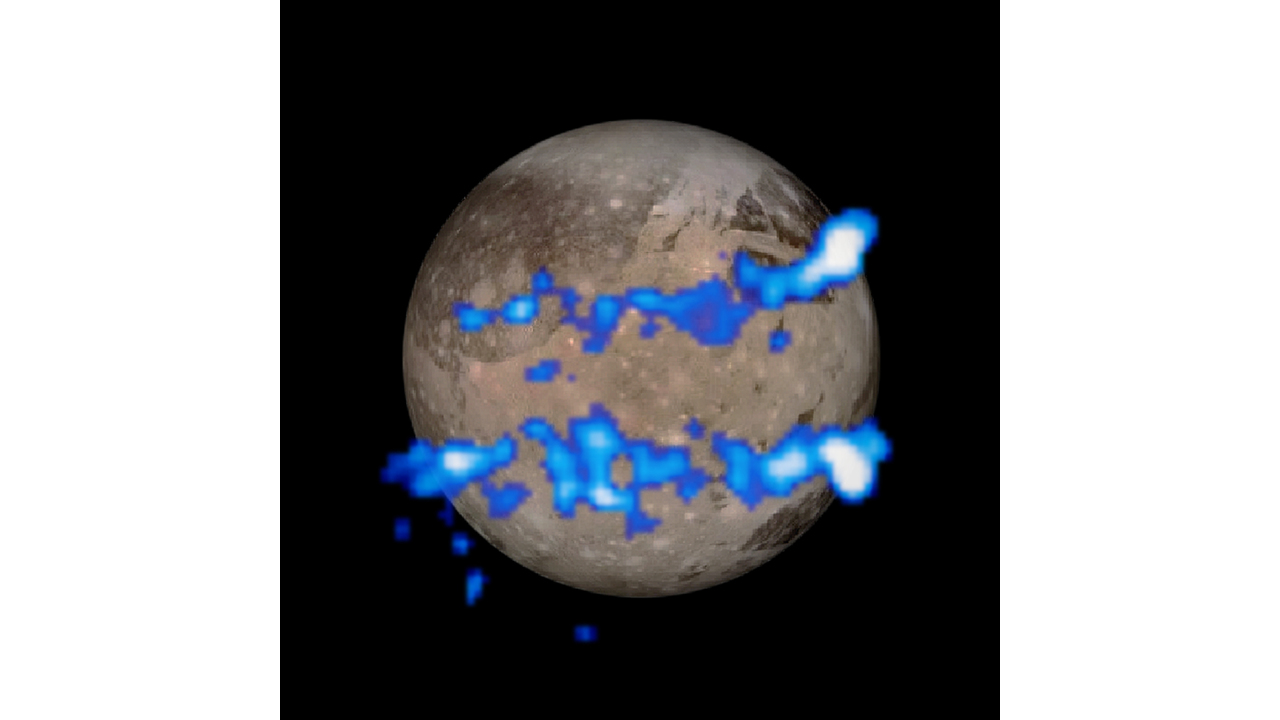 Why is Ganymede's aurora only visible in ultraviolet while Earth's is in the visible part of the spectrum?

Quoting from Nat.Geo. article (which has that same UV image),

Then, in 2010 and 2011, Hubble took a close look at the moon. More specifically, it looked at the auroral bands ringing Ganymede’s poles. Hubble studied the auroras in the ultraviolet, but Saur said the shimmering lights would be visible to human eyes.

“If somebody could be standing on Ganymede looking up into the night sky, it would appear as red aurora, to you,” he described.

Not the answer you're looking for? Browse other questions tagged hubble-telescope aurora electromagnetic-spectrum or ask your own question.

3
Could Ganymede's aurora be seen with the naked eye?
4
Have auroras on Titan been observed yet?
3
What are the typical emissions of Jupiter's Aurorae?

5
What (if any) capabilities of Hubble are unique and irreplaceable? What can it do that can't be done by any other ground or space-based telescope?
1
Why do space telescopes have GRISMS? Why a grating AND a prism for cross-dispersion in slitless spectroscopy?
2
Are the dispersion directions of the prism and the grating in Hubble WFC3 UVIS G280 perpendicular? Can we call this a "grism"? With cross-disparsion?