I understand that in order to do precision photometry with a pixelated sensor one wants to spread the light over several pixels in a controlled way, but is this particular PSF the result of some painstaking optimization, some problem with the figure of one of the telescope's elements (oh no I hope it's not 1990 all over again!) or just because it's preliminary and they'll tweak something to make it more symmetrical?

If it stays this way, will it degrade CHEOPS' performance?

The image, traditionally called First Light by astronomers, is itself … surprising. 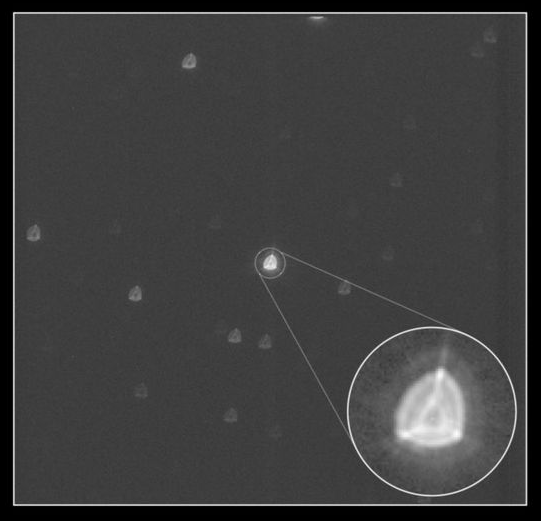 As the article you reference makes clear, the defocusing is deliberate. It spreads the light of bright stars (the main targets for CHEOPS) over more pixels and hence mitigates saturation and non-linearity problems in the detectors.

The first light images look quite similar to simulated pre-flight images (e.g. Hoyer et al. 2018), so I don't think there are any significant problems here, or at least there are no unexpected problems - so quite unlike the HST (and considerably less expensive in any case).

The focal plane is defocussed to deliver a large PSF with a 12 pixels radius encircling 90% of the flux. As a result of the combination of the Ritchey-Chrétien design and other specific features of the building of the telescope, the PSF exhibits sharp and peaky features at sub-pixel level.

Not the answer you're looking for? Browse other questions tagged observational-astronomy optics space-telescope or ask your own question.

5
What uncertainty does an error bar signify in astronomy?
4
Can I have a career in observational astronomy if I study astrophysics or does it have to be particularly astronomy?
1
What telescope is this, and how does it work?
2
Why is this HST WFPC2 image so much fuzzier than the WFC3 image of the same field?
3
What is the cause of all of these sharp, concentric rings around bright stars in this HST image?
0
Does anybody recognize this kind of prism?
18
Why does the Fourier transform of this CMB image have a hole in it?