How often are there five planet apparently aligned within 25°?

I chanced upon this in Stellarium. 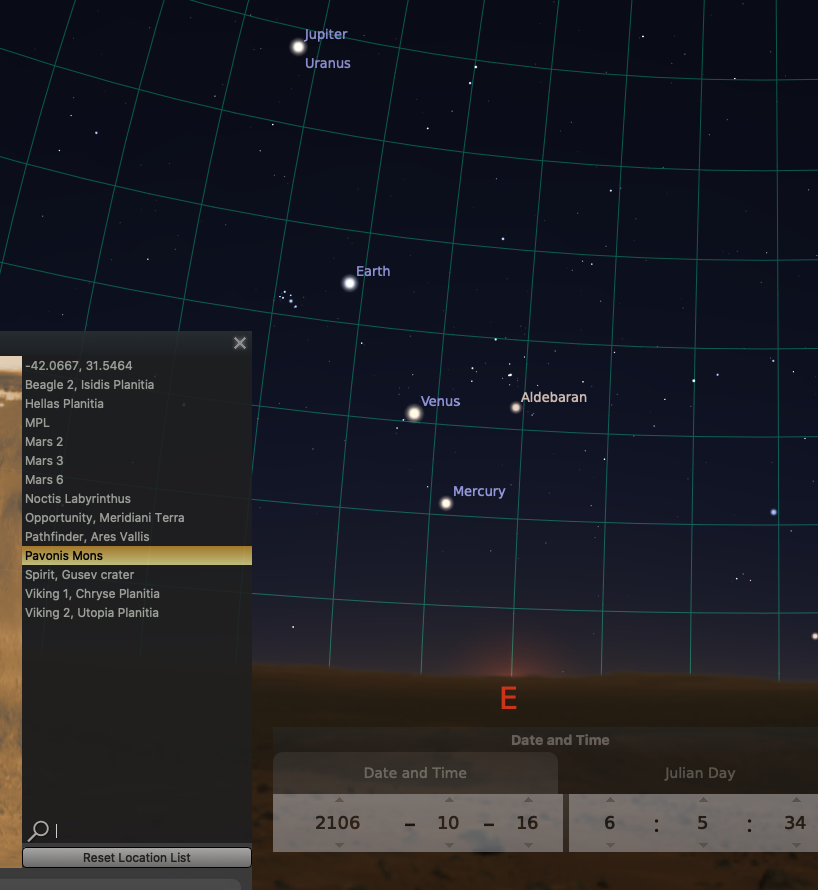 Is it common for five planet appear to align within 25°-30°, viewed from any of the inner planets?

It is not super-unlikely. Let's look at alignments of the three interior planets and two superior ones.

So to get the third planet close is another 1/3 chance, it would have to be close to both other two planets but the probability of all three interior planets aligning somewhat is around 1/3^2 or roughly 10%. (This is a Fermi estimate so I'm taking the liberty of rounding)

Now the other planets can appear anywhere on the ecliptic. If you want them to be within 25 degrees of the others, that is a 25/360 chance (ie roughly 7%) and to get two planets both aligned is 7%×7% or about 0.5%. But there are four such planets, so six possible choices of two planets. That means that there is roughly a 3% chance that two superior planets will align with the inferior ones.

In conclusion, there is roughly a 0.3% chance of an alignment in the morning (or evening) sky on Mars. It is notable, but not super-unlikely. Your particular alignment includes Uranus (which is almost to faint to see) and Mercury (which is all but lost against the sun.) Close alignments of Jupiter Saturn Earth and Venus would look more spectacular. A similar four-planet alignment was visible on Earth a few years back. How to watch at best this week's planet alignement?

Not the answer you're looking for? Browse other questions tagged planet alignment or ask your own question.

1
How to watch at best this week's planet alignement?

1
How to watch at best this week's planet alignement?
0
How does large body gravity affect planet formation?
2
Is there a maximum temperature a planet can have?
0
How would the barycenter of a double-planet system affect the two planets' surface gravity?
0
2002 Planetary alignement
6
Jupiter-Venus conjunction is vertically aligned. I'm at 49° N. How is this possible?
10
What are the 4 candidates for Planet Nine reported in 2017?
15
Can the paper narrowing Solar System's barycentre to within 100m help find Planet Nine?
4
What are the correct positions or alignment of planets in relation to each other and the Sun, is it vertical center, baseline or completely random