Why do all the stars near this comet show up as four separate dots in a row?

After seeing this tweet about our not-so-new but at least newly-discovered "mini-moon" I scrolled down and saw the tweeted image below.

Since the object is the known short-period comet 114P/Wiseman–Skiff I'm guessing that the telescope guiding could have been pre-calculated and continuous, and yet the stars appear as four discrete and equally-spaced compact spots instead of continuous streaks.

What might be the explanation and reason for this?

Could these be stacked images resulting from a clever night of observing, perhaps bouncing back and forth between multiple objects so that each can be observed over an extended period of time?

Or do the four discrete spots per star allow for better astrometry than one long streak?

Or both? Or neither? 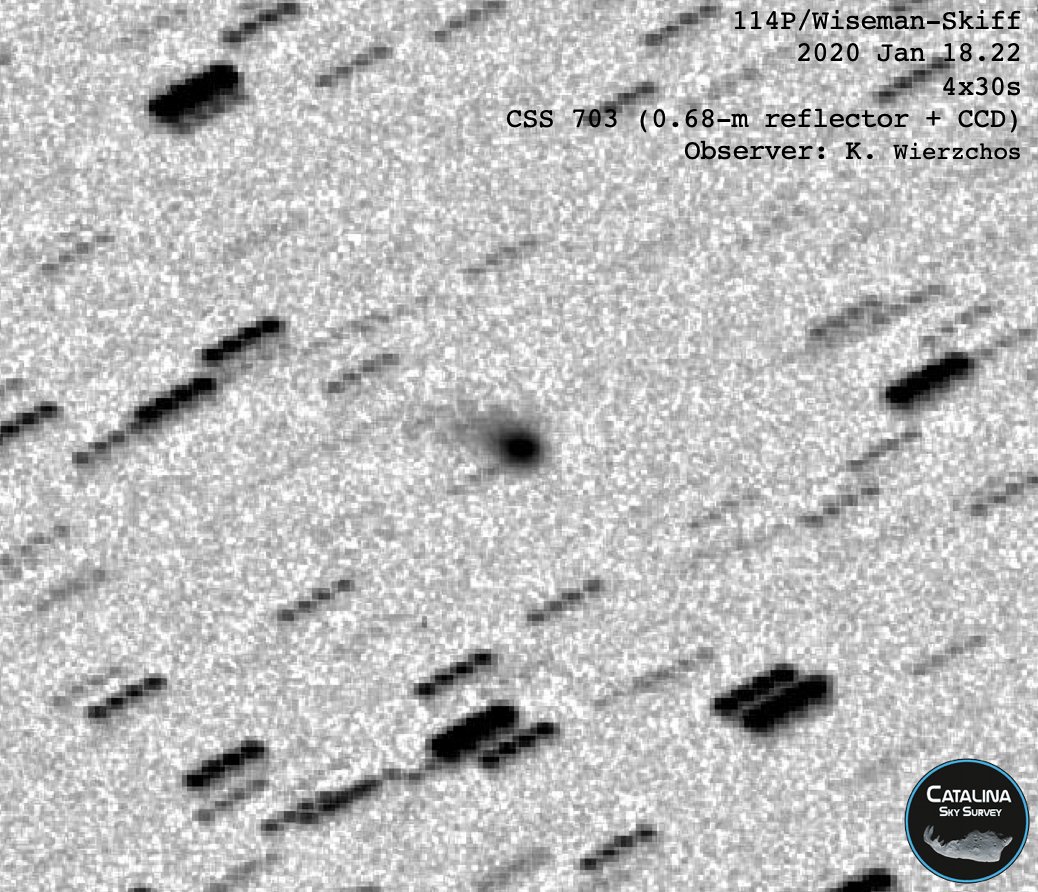 Browse other questions tagged observational-astronomy photography comets sky-survey or ask your own question.

11
Why all the photos from 67p are black and white?
2
Why are distant objects observed in the near infrared?
3
Why is the “green” comet C/2014 Q2 (Lovejoy) red in this picture?
5
Why does Kepler's “Big Picture” of comet 67P look so strange? And what is the significance?
21
Does this smartphone photo show Mars just below the Sun?
17
Which are stars and which are noise in this comet photo?
8
What does this “web on the surface of the Sun” image reflect? What does 789 nm show us?
3
Why Comet C/2020 F3 Neowise returns even it's orbit is near- parabolic?
5
Why does the background noise in this image of 2020 QG look like corduroy?