How many meteorites have been found some place other than Earth? Where is an authoritative list maintained?

After seeing this tweet by astronomer Kacper Wierzchoś about our not-so-new but at least newly-discovered "mini-moon" I scrolled down and saw the tweeted image below.

The object is the known short-period comet 114P/Wiseman–Skiff. The article goes on to say:

and that article says

As on Earth, when a meteor is large enough to actually impact with the surface (without burning up completely in the atmosphere), it becomes a meteorite. The first known meteorite discovered on Mars (and the third known meteorite found someplace other than Earth) was Heat Shield Rock. The first and the second ones were found on the moon by the Apollo missions.

This doesn't mention Egg Rock (as discussed in Who discovered “Egg Rock”? The Curiosity rover or people?) so we know that there must be at least four meteorites found some place other than Earth.

But I don't yet know how many there are in total

Question: How many meteorites have been found some place other than Earth? Where is an authoritative tally or listing actively maintained? 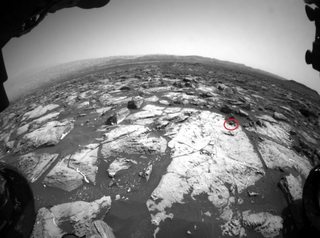 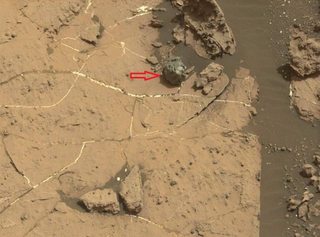 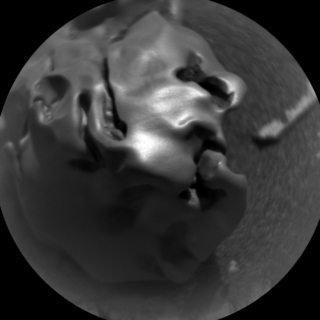 Finally, I managed to find such list (and even more): Meteoritical Bulletin.

You can search for every location where at least one meteorite was found (including Mars and Moon). You can also choose among many other useful options. I found 15 on Mars and 2 on Moon, so I believe there are 17 extraterrestrial meteorites found.

Not the answer you're looking for? Browse other questions tagged mars meteorite resource-request or ask your own question.

1
How are parachutes usable in other places than Earth?
15
If we found evidence of life on Mars, how would we know that it originated on Mars rather than Earth?
10
What could be the possible origin of boron found in the Martian soil if not from ancient groundwater?
7
How many quakes have been detected by InSight?
1
How many tsunamis have been caused by meteorites falling?