So, in Naoz et al. (2013) is described the Kozai mechanism on three-body systems. I've tried to solve the equations (B1) - (B17) for the example described in the Figure 3 and I got something like this: 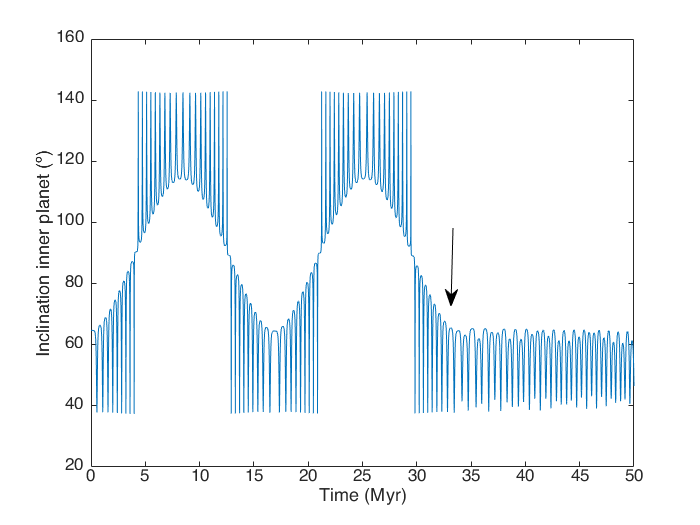 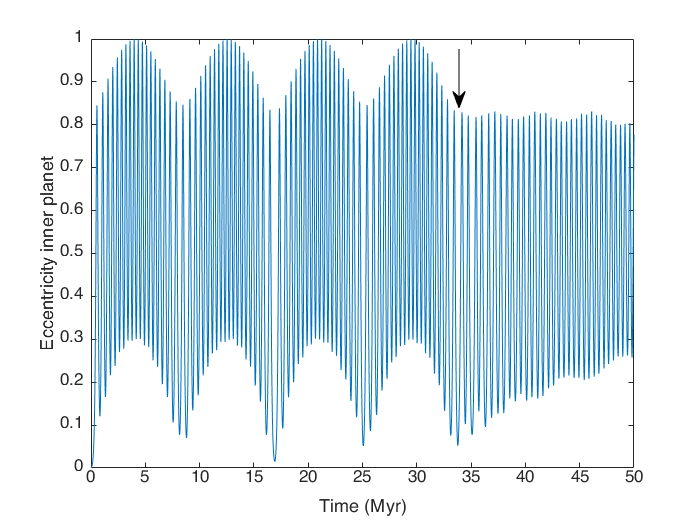 Note that I got the exact same result until $\sim$ 33 Myr (black arrow), then the cycles change radically. Is this usual?. Do Kodai cycles tend to change over time like this or they actually remain with the same "shape" as time goes by? If the latter, isn't a way to predict the behavior of Kodai cycles as t tends to infinity?

Browse other questions tagged celestial-mechanics or ask your own question.

9
clarification of the Kozai mechanism
2
In a binary star system, what relation determines the eccentricity of the three orbits (for $m_1$, $m_2$, and the reduced mass)?
5
Question about the Figure-eight periodic planar three-body motion
10
The deduction of the Hill Sphere formula
1
How to compute the perihelion precession of Earth's orbit?
3
Why does the Sun track out a seemingly sinusoidal path on the celestial sphere?
2
Why does the latitude of an observer affect the hour angle of a body in Stellarium?
1
Is there an antonym for 'transit', i.e. the transit of a celestial body through the meridian