Why can't we see a solar eclipse every month?

In every lunar revolution around Earth, the Moon is at a point between the Earth and the Sun. Then why can't we see a solar eclipse once every lunar month?

The Moon orbits in a plane that is inclined with respect to the plane in which the Earth orbits. The intersection between these two planes is a straight line. For an eclipse to occur, this straight line needs to be roughly aligned with the line that goes between the Earth and the Sun.

As the Earth goes around the Sun, the plane in which the Moon's orbit keeps the same inclination compared to the stars (well actually, not quite, because of the precession of the orbial plane, but this gives you the general idea), so it turns with respect to the Earth-Sun system. This is why eclipses occur (roughly) every six months, and not every single month.

The frequency with which you can actually see an eclipse from a given location will be even less than once every six months. This is because to see a lunar eclipse, you need to be on the night side of the Earth while the eclipse is happening. And to see a solar eclipse, you need to be under the track of the Moon's shadow. This is a band a only few hundred kilometers wide. Here are the tracks of a few past eclipses.

Your question could also be phrased the other way -- why do we not observe a lunar eclipse on every full moon? It's the same reason as we do not observe a solar eclipse every new moon.

As you correctly note, the orbit of the Moon is an ellipse that is tilted with respect to the orbital plane of the Earth around the sun. A lot of people have difficulty visualizing why it is that eclipses are rare, and I suspect it is because they have never seen an accurate diagram. The diagram shown in usernumber's answer is typical in that it is massively out of scale. Here is a rough drawing I made showing a lunar eclipse: 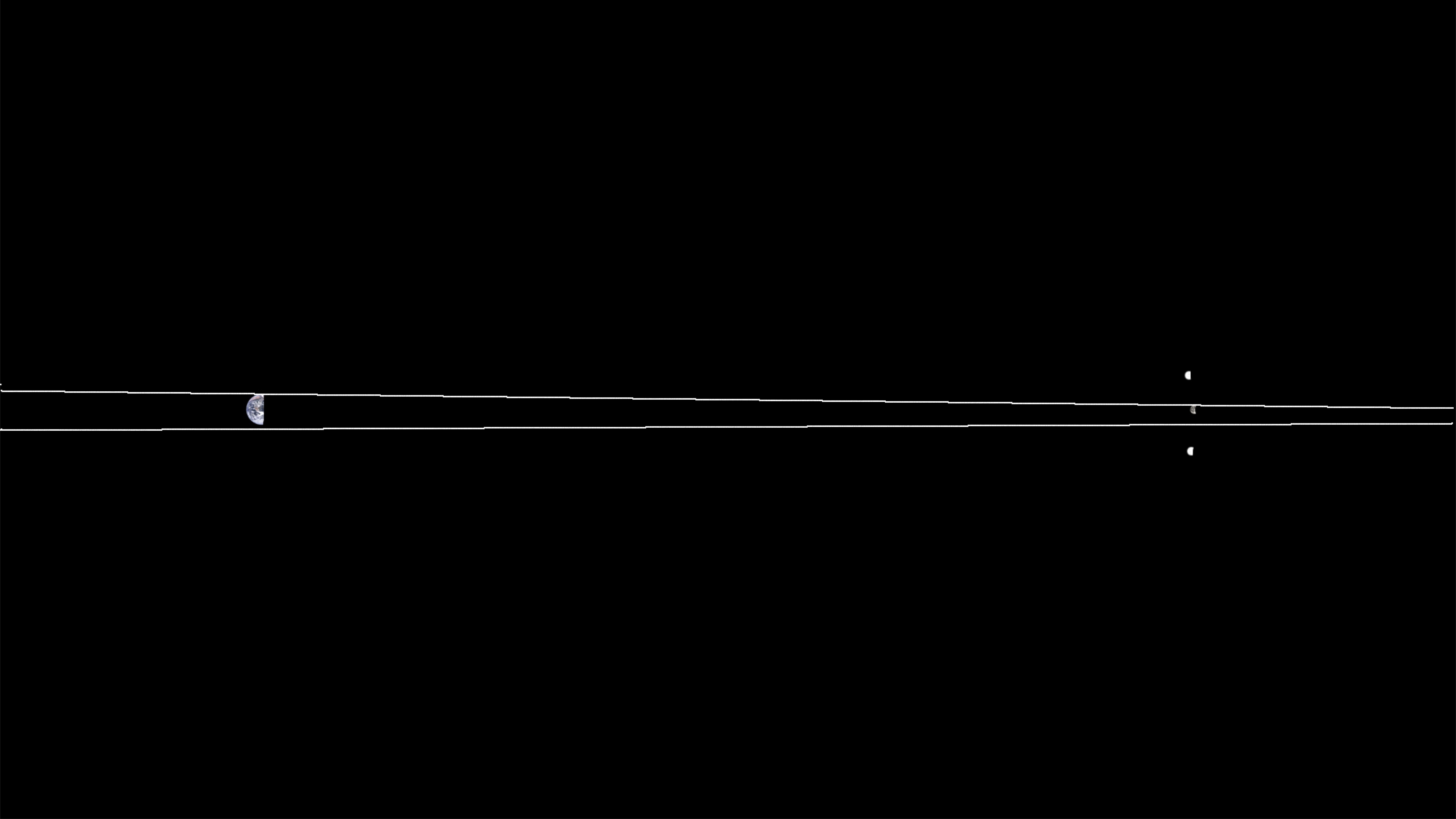 (You can click on the image to zoom in.)

Here we have the Earth on the left, the Sun off screen to the very, very, very far left, and several copies of the Moon to the right. The relative size and separation of the Earth and Moon is roughly to scale, and the two white lines above and below the Earth are drawn such that they are at the correct angle to hit the top and bottom of the Sun.

Therefore the cone to the right of the Earth is the shadow that the Earth casts; if you are inside this region, the Earth is shadowing you from the Sun.

Now you do the same but swap the positions of the Earth and Moon(s), and draw accurate cones that show the shadow of the Moon falling on, or past, the Earth, and you will quickly see why it is that (1) we have solar eclipses rarely, and (2) why the total eclipse shadow only covers a small region of the Earth. Actually draw an accurate diagram yourself. If you get in that habit, you will find that you can work out for yourself the answers to many physics and astronomy questions.

This is why solar eclipse can't happen in every month, and calculating their exact time (and location on the Earth) is not easy.

7
Can all areas on Earth experience a total solar eclipse?