Identify moving object in the sky at night?

Last night in the Carribean, I was looking at the sky at about 8PM EST, and I noticed this really tiny object moving pretty fast from left to right, just between the two stars in the photo. It's very difficult to see and after a while it just disappears.

Somebody told me they had seen it a few days ago going the same exact direction and more or less at the same time.

Can anyone identify this moving object?

I'm including the picture of where I saw it, but you can't see the object. I didn't bother taking a picture while it was moving because it's so tiny that I had trouble finding it myself.

Also, is there a way for an amateur like myself to identify these objects? 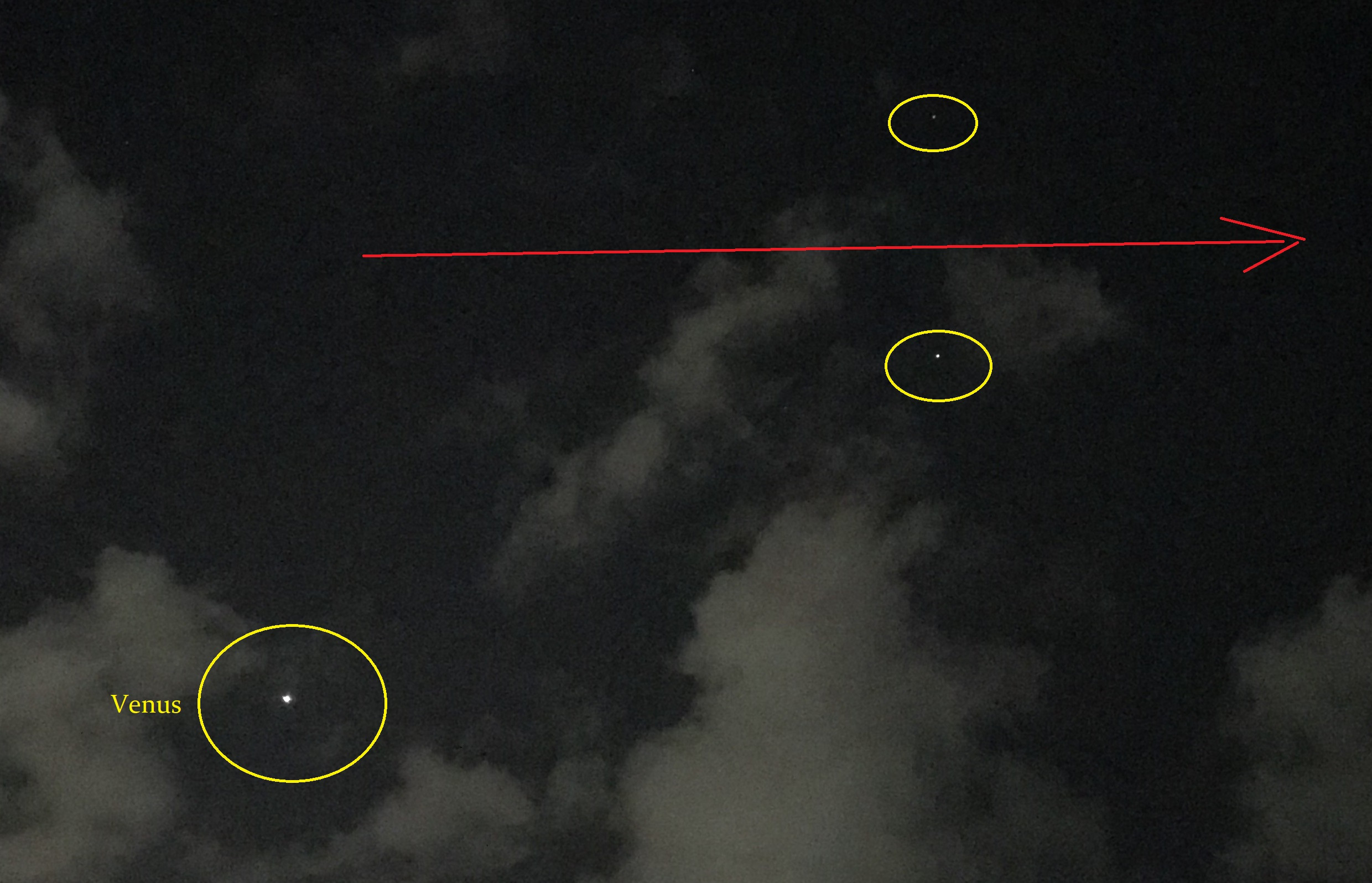 4
First night on a telescope questions
1
Can someone help me to identify this section of the night sky?
8
What is this rapidly twinkling red, blue, and white star I saw?
3
Brightness, altitude & azimuth for satellites?
1
What could be the name of a huge asteroid I watched some years ago?
5
Is the Object in this Photo Mars?