How do we know pulsars have two beams?

Pulsars are neutron stars the emit a beam of electromagnetic radiation that is not aligned with their rotation axis. So we can only see a neutron star as a pulsar if the beam crosses Earth's path. 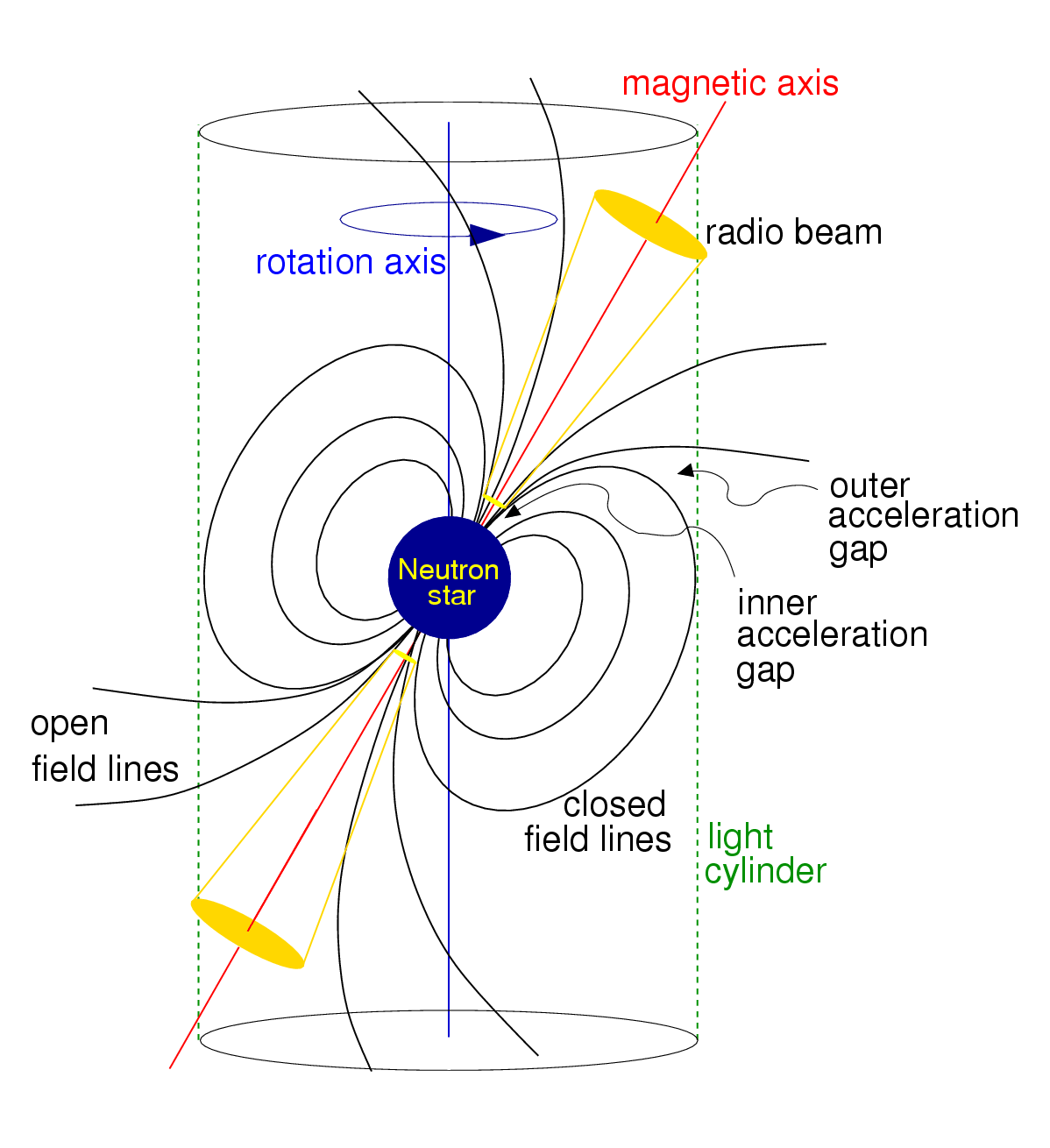 The magnetic and rotational axes don't have to be exactly at 90 degrees to each other to see both beams. They only need be approximately at 90 degrees (depending on the 'opening angle' of the emission cone).

So there are plenty of pulsars that satisfy this and have two peaks in their profiles (when we observe their emission) that are approximately half a spin period apart. Each peak looks different to the other, so the best guess currently is that we are seeing the beam from one pole and then the other.

Several pulsars have double-peaked profiles: you get two peaks per rotation, with one peak stronger than the other. An example of this is the Crab Pulsar. This suggests that at least some pulsars have two beams. Remember that the gravitational bending of light in the vicinity of the neutron star makes it possible to see a larger fraction of the surface, which increases the chance of both poles being visible.

The single-peaked light curves likely represent the case where the second pole is not visible. Of course, if you wanted to play Devil's advocate, you could argue that there might be single-beam pulsars lurking in that sample... you'd probably need to come up with some kind of physical mechanism by which such an object could exist, given the physical theories that have so far been used to explain pulsars predict two beams.

This is really about the nature of physical theories - we have observational evidence and a (falsifiable) theory has been posited to explain what is happening. The evidence since that theory was posited has served to reinforce its claims to correctness.

(But all magnets we have observed are dipoles - in theory monopoles exist but have never been observed. But no theory has been posited that neutron stars are monopoles - the energy required to create such a monopole would, I am sure, but even greater than that released in a supernova.)

Not the answer you're looking for? Browse other questions tagged pulsar .

16
Are there neutron stars whose magnetic axis and rotating axis are the same, and if so what will happen?

5
which pulsar has the longest spin period so far?
19
How Would a Neutron Star Actually Appear?
21
Can we detect pulsars that aren't "pointed" towards us?
5
How bright is the Crab Pulsar's 30 Hz modulation in visible light? What color is it?
6
Do pulsar beams interact with the interstellar medium?
16
What is the probability of seeing a neutron star as a pulsar?
16
Are there neutron stars whose magnetic axis and rotating axis are the same, and if so what will happen?
9
Do the neutrons in neutron stars emit the radio waves?
5
Is the pulsar map on the Pioneer/Voyager probes only meaningful for earthlings?
6
Is "magnetars don't last long — just a year to a few years" really true? Is it a misquote or perhaps taken out of context?