How frequently do Jupiter & Regulus have triple conjunctions?

Jupiter takes 11.9 years to orbit the Sun, advancing at a fairly steady ~30° per year. From Earth, Jupiter appears to move ~40° forward and ~10° backward in a 13-month cycle. The retrograde loop happens when Earth and Jupiter are on the same side of the Sun.

We see a triple conjunction with a star when the retrograde loop encompasses it. Around the February 2051 opposition, Jupiter has conjunctions with Regulus in October, February, and June: 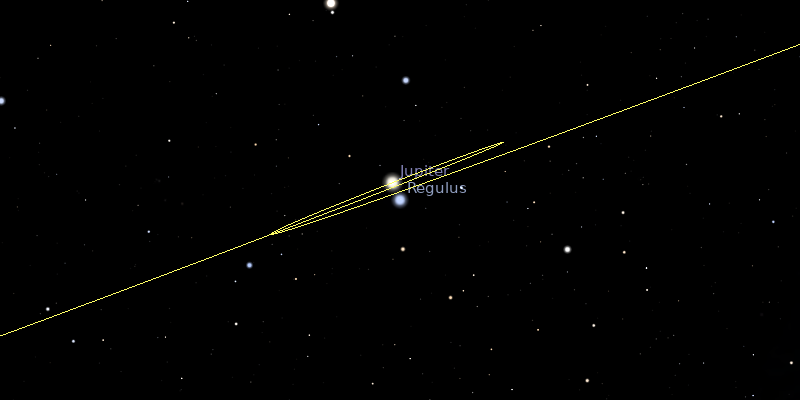 If Jupiter passes a star while Earth is on the other side of the Sun, we see only a single conjunction, as in August 2003: 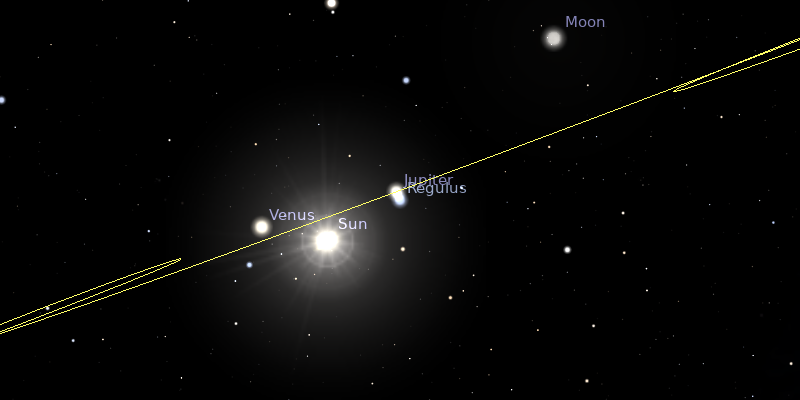 Not the answer you're looking for? Browse other questions tagged solar-system exoplanet jupiter observable-universe or ask your own question.

9
Has the conjunction between Venus, Jupiter, and Regulus only occurred twice in 2,000 years?

14
Is the Jupiter-Sun system considered a binary system of some type?
9
How to calculate conjunctions of 2 planets
9
Has the conjunction between Venus, Jupiter, and Regulus only occurred twice in 2,000 years?
3
Why is the exoplanet HD 131399Ab so hot?
2
Period of unique horoscopes?
5
How would a celestial map for Callisto depict the paths of Jupiter, the Sun, etc.?
9
How long have the TRAPPIST-1 planets been in a habitable zone?
6
How much higher is the radiation around Jupiter than at Chernobyl, after the explosion?
3
Is it possible that some of the confirmed exoplanets are in fact primordial black holes?
5
Solar wind, Earth wind and planetary winds?