When was Hubble tension first noticed? When was this term first used?

When was Hubble tension first noticed? When was this term first used? Who used this term for the first time?

history terminology hubble-constant
Share
Improve this question
edited May 18 '20 at 13:12

Now there has always been some disagreement between the different values for $H_0$ -- in the early 20th century, estimates ranges from 50 to 550 km/s/Mpc -- but the error bars on those measurements were very large. So in the early days of the Hubble constant, although the proposed values varied wildly, there was no tension (well, there were quite a few arguments, but no Hubble tension yet), since it was accepted that the constant was the same on all scales. 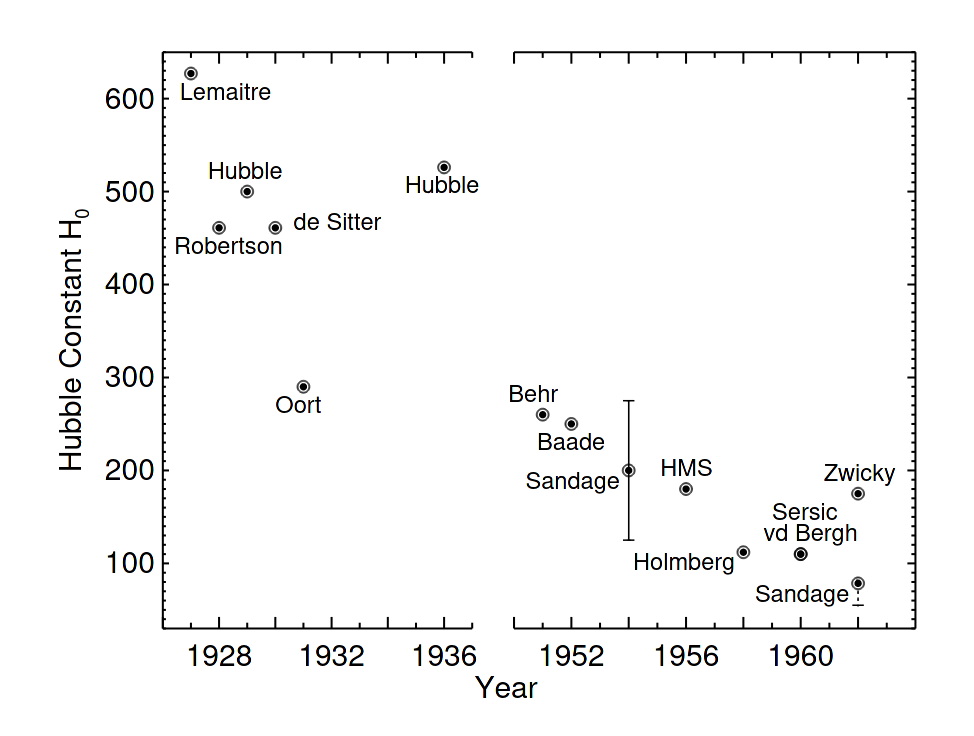 Values of the Hubble constant from 1975 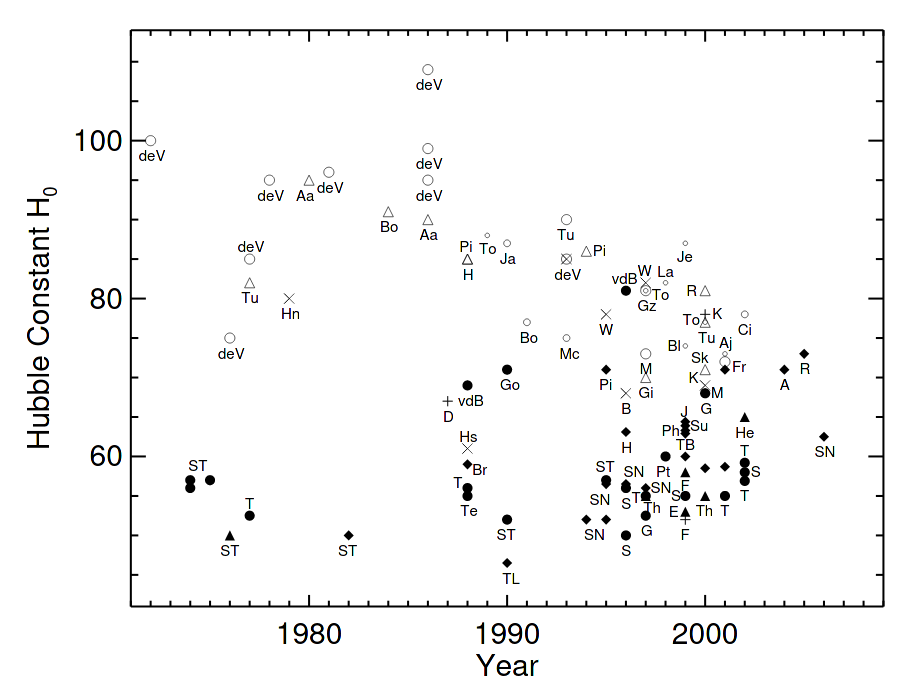 Up until very recently, the difference between measurements could reasonably be explained by the size of the error bars. But as measurement errors decreased, the range of possible values did not. This is what led to what we call the Hubble tension.

What really made the Hubble tension clear were the measurements of the Cosmic Microwave Background (CMB) done by Planck in 2013. These were the best observations of the CMB that indicated that $H_0 = 67.74±0.46$ km/s/Mpc, in complete disagreement with the value around $73$ or $74$ km/s/Mpc derived from type Ia supernova. The Planck observations made the discrepancy between these values statistically significant. Around the same time, measurements of the Baryonic Acoustic Oscillations (BAO) confirmed the tension between the values obtained at low redshift (with the standard distance ladder) and the values obtained at high redshift.

The Hubble tension was noticed before it was formally called that way. See the following articles that describe this tension without using the expression "Hubble tension":

In fact, a search on arxiv, ads or google scholar for "Hubble tension", or "Hubble-parameter tension" before 2014 yields no results. It seems that in 2015, this exact phrase started to really be used (for instance here).

In the last five years, more measurements of $H_0$ have been made, confirming the tension between the "high-redshift" values and the "low-redshift" values, and solving the Hubble tension is a hot topic of research.

Not the answer you're looking for? Browse other questions tagged history terminology hubble-constant or ask your own question.