Google Sky Rectangle with No Stars

I've been viewing Google Sky, which is quite amazing, and came across a rather expansive rectangle where no stars are visible at 22h13m04.44s 4°59'29.49" (see image below). My only thought is that there's probably a satellite or something up there that Google is required to hide. Any thoughts on what this is? 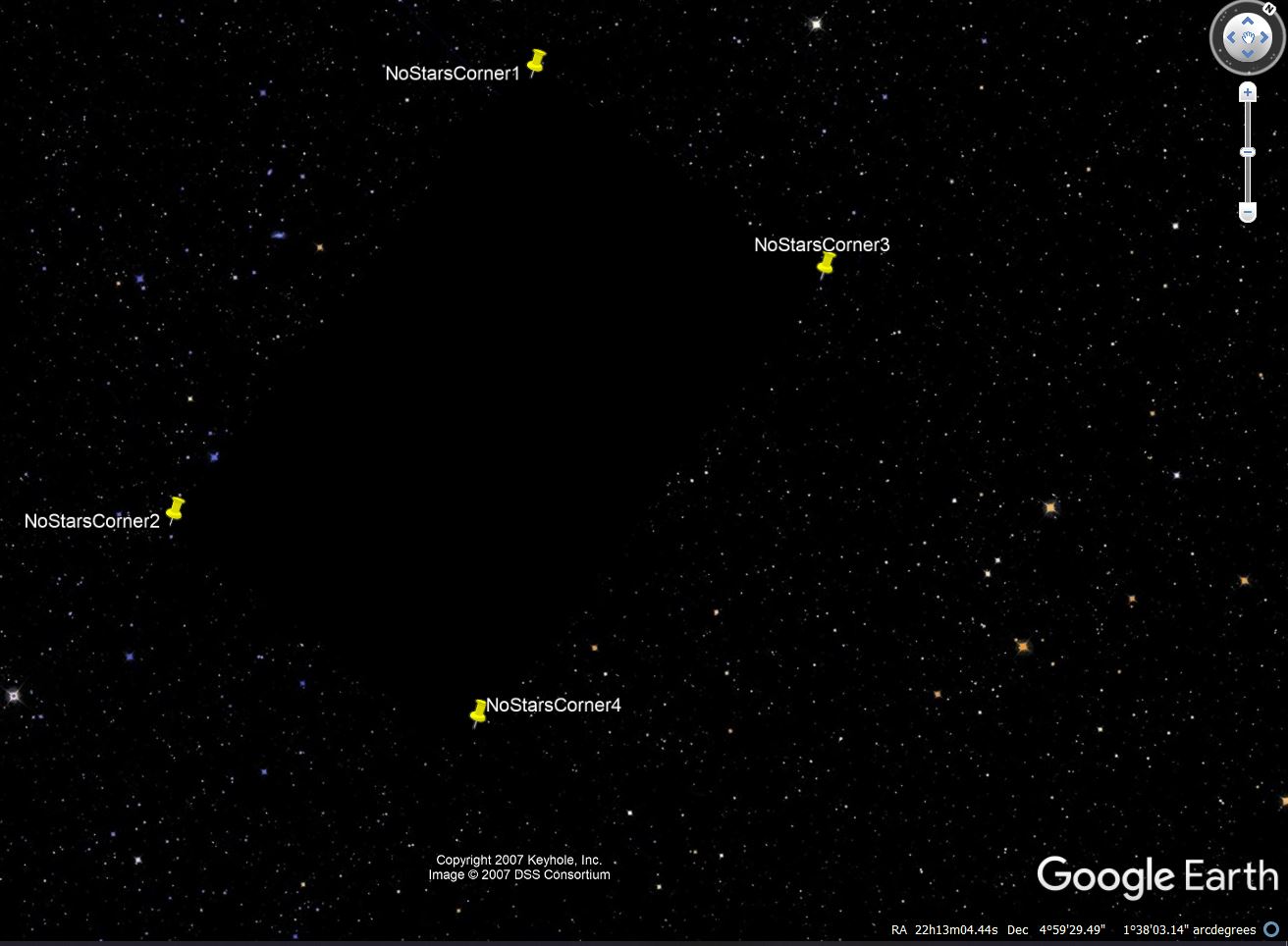 This is a known issue affecting multiple locations in Google Sky, including a region in Orion and this area in Pegasus. If you look closely at the interface, you can see that Google Sky gets its data from preexisting surveys, including the Digitized Sky Survey and the Sloan Digital Sky Survey - Google doesn't operate its own fleet of telescopes (at least not yet), so it uses existing archival data. You can query the DSS online.

Here's what I see when I look at the region in question on Google Sky:

Now here's what I see when I look at the same region with DSS-1 data:

The blank spot is now filled with the field of stars, as expected.

If you want, you can do the same thing with the other DSS and SDSS datasets. I wasn't able to find any blank spots in the raw images, meaning that this is presumably an issue on Google's end, not an indicator of the presence of some object that needed to be hidden.

Not the answer you're looking for? Browse other questions tagged sky-survey or ask your own question.

3
Sloan digital sky survey galaxies
3
What is the largest (angular) dark area in the sky?
3
360 degree equirectangular projection of all naked eye stars with precessional motion for simulating
1
Is there any way to find out what sky surveys are *currently active?*
1
What discoveries have come from the DASCH project (Digital Access to a Sky Century @ Harvard)
19
Are the stars distributed in uniform distribution, on the celestial dome, with respect to brightness?