What is the current accepted theory as to why Mercury, despite its size, has a similar density to Earth?

According to the NASA web page overview about Mercury, despite the planet being just a bit larger than our moon, it's density is about 98.4% of Earth's. This high density suggests a comparatively large iron core (compared to the rest of the planet).

Recent studies reported in "NASA Antenna Cuts Mercury to Core, Solves 30 Year Mystery" (NASA, 2007) have confirmed the presence of a molten core, surrounded by a silicate mantle (depicted in the illustration below (from the article): 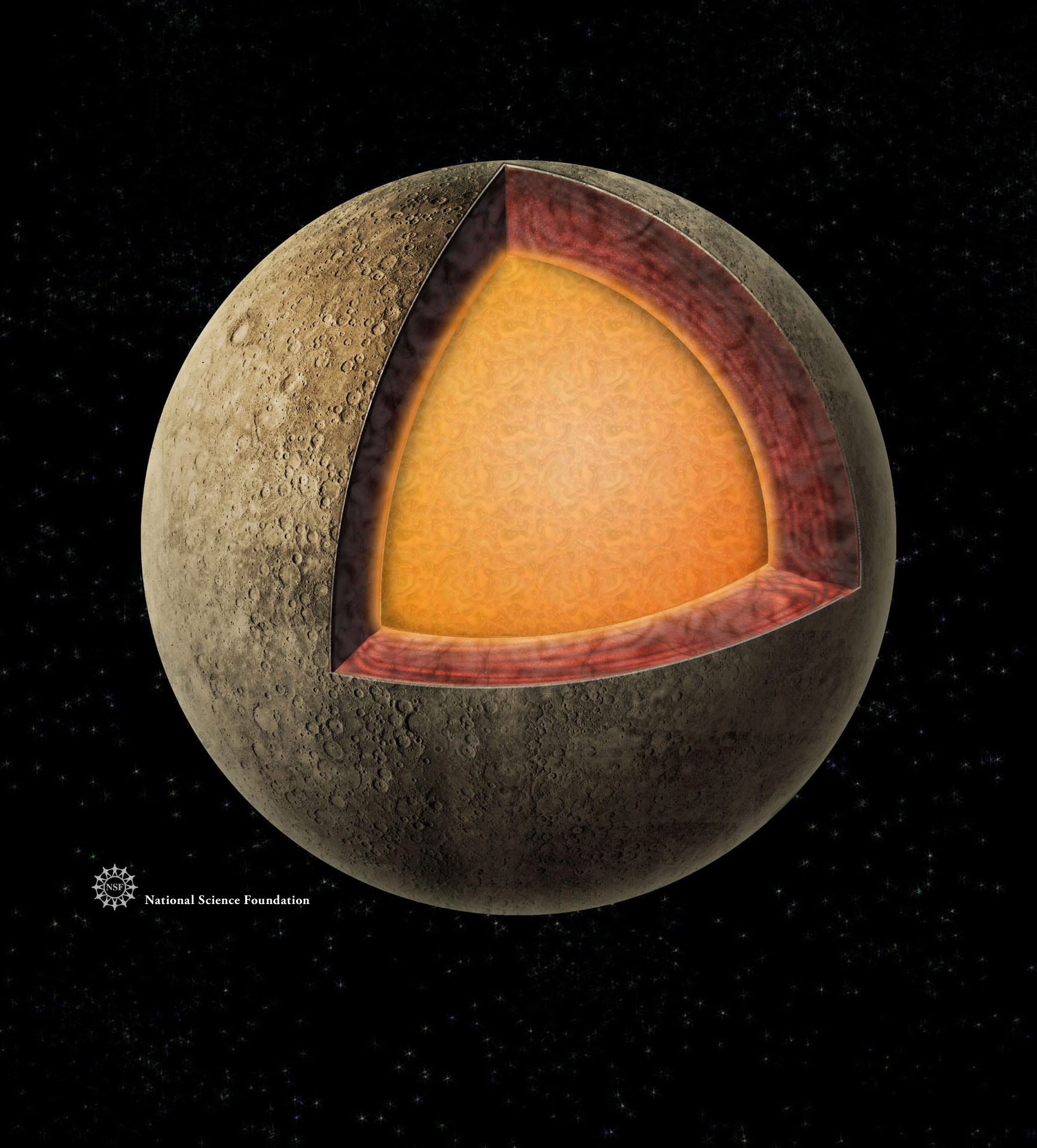 The question is then, what is the current accepted theory as to Mercury has a still-molten core and a density like that of Earth?

The most-widely accepted hypothesis at the moment is that Mercury was struck by a large impactor that removed a significant fraction of its mantle (I believe this theory was originally proposed by Cameron & Benz in 1987, and the qualitative theory hasn't changed very much). For planets that are close to their parent stars (such as Mercury), the collision with the secondary body likely occurs at high velocity due to the rapid orbit speeds there (> 40 km/s). As this is much larger than a typical rocky planet's escape velocity (~10 km/s), material is lost from the planet in these collisions. This collision is also more likely to be "grazing," as "direct hits" are rare, and thus the outer parts of the planet are preferentially removed.

Because the mantles of rocky planets are primarily composed of silicates, which have a lower density than iron that resides in their cores, the collision results in a surviving planet with a higher average density.

6
What are the exact physical parameters used to calculate Mercury precession with Einstein theory?
5
After what time interval do the closest approaches of Mercury to the Earth repeat?
0
At what exact date and location does Mercury appear at the highest altitude from Earth in history?