Why does Hellas Basin look white on some maps?

One map of Mars I see a lot is this colourized map: the Viking colourized global mosaic (Source): 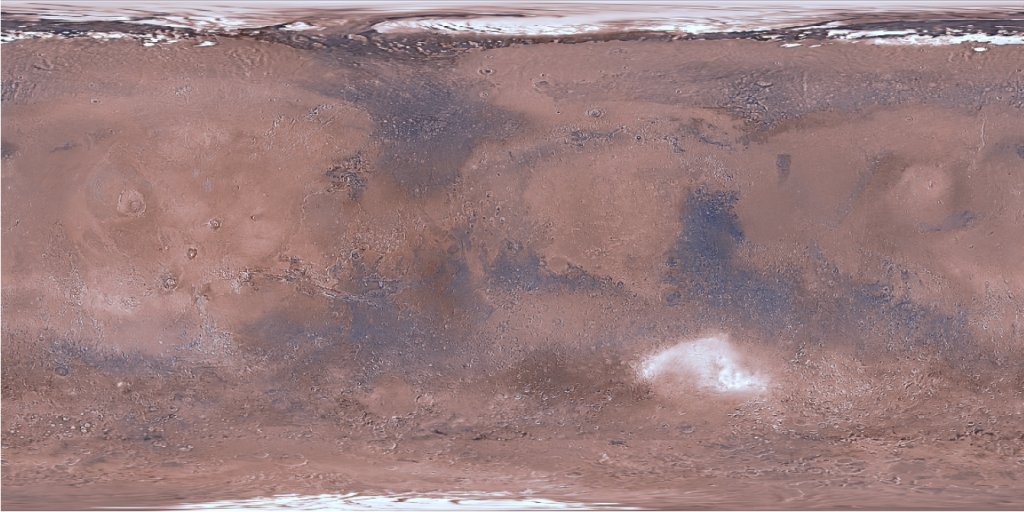 But one thing which strikes me as odd is just how white the Hellas Basin is (the white patch which is not on the poles, just in the middle of the lower right half of the above image)

On the older version of the Viking mosaic, the basin doesn't look that white. Here the Mars Viking Colorized Global Mosaic v1 (Source, link to image):

It certainly still looks at least paler than the surrounding areas, but nowhere near as much as on the first map (on the first map it is about as white as the poles, on the second it is not).

So: Is the Hellas basin really as white as the first map suggests? And if yes why?

That map of Mars is a composite of many different images that were taken at different times during Mars' year. Mars' arctic circles are very similar to Earth's, and during that hemisphere's winter, that terrain is in permanent shadow, allowing seasonal frost to form.

Even though Hellas is equatorward of the antarctic circle, it gets cold enough, days are short enough, and it is low enough in elevation so the atmosphere is thick enough to allow seasonal frost to form on Hellas. It is highly variable year-to-year, but it typically covers much of the floor of Hellas.

So, what you are seeing in the first map is southern summer and northern summer for the poles (or probably late spring given the extent of the south polar ice), and then very early spring near Hellas. I would guess that those were the best images they could find from Viking to make that particular mosaic.

That is in contrast with the 2nd picture, which probably better matched seasons for a more smooth mosaic and one that better represents late spring / early summer at most pixels.

Not the answer you're looking for? Browse other questions tagged mars or ask your own question.

11
Why does Mars appear to retreat across the sky?
7
Are Tharsis Montes and Hellas Basin a result of the same event?
1
Why are only some of the geologic features in Mars' Noctis Labyrinthus region named?
3
Planets just look like dots! Beginner telescope, hoping for some advice