Is it possible to identify the first direct observation of the gravitational lensing?

What object was lensed, and where did the energy detected fall on the electromagnetic spectrum?

The first identified gravitationally lensed object is known as the Twin Quasar.

The Twin Quasar (also known as Twin QSO, Double Quasar, SBS 0957+561, TXS 0957+561, Q0957+561 or QSO 0957+561 A/B), was discovered in 1979 and was the first identified gravitationally lensed object. It is a quasar that appears as two images, a result from gravitational lensing caused by the galaxy YGKOW G1 that is located in the line of sight between Earth and the quasar.

You can see it right in the middle of this picture: 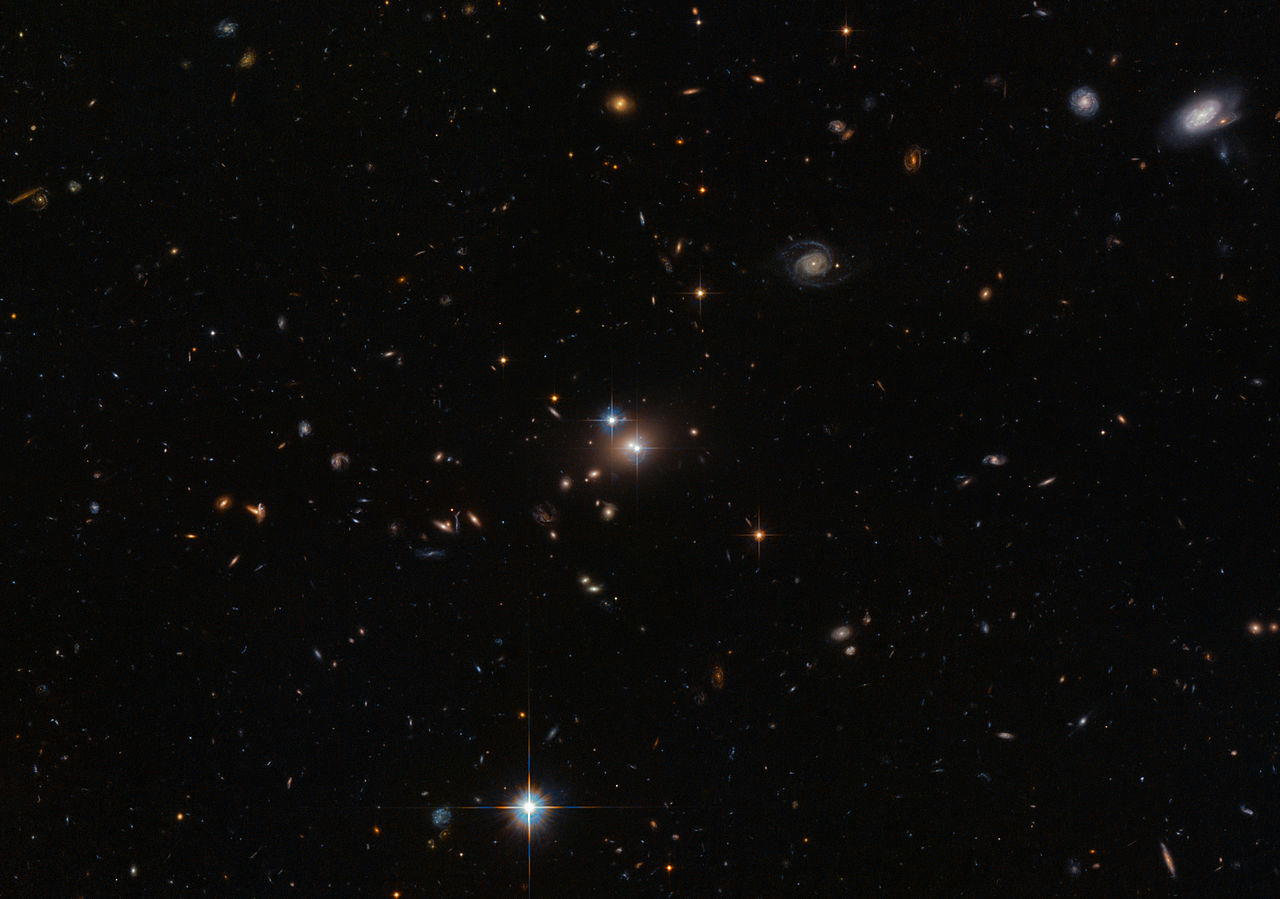 The quasars QSO 0957+561A/B were discovered in early 1979 by an Anglo-American team around Dennis Walsh, Robert Carswell and Ray Weyman, with the aid of the 2.1 m Telescope at Kitt Peak National Observatory in Arizona, United States.

Critics however identified a difference in appearance between the two quasars in radio frequency images. In mid 1979 a team led by David Roberts at the VLA (Very Large Array) near Socorro, New Mexico/USA discovered a relativistic jet emerging from quasar A with no corresponding equivalent in quasar B. Furthermore, the distance between the two images, 6 arcseconds, was too great to have been produced by the gravitational effect of the galaxy G1, a galaxy identified near quasar B.

Young et al. discovered that galaxy G1 is part of a galaxy cluster which increases the gravitational deflection and can explain the observed distance between the images. Finally, a team led by Marc V. Gorenstein observed essentially identical relativistic jets on very small scales from both A and B in 1983 using VLBI (Very Long Baseline Interferometry). The difference between the large-scale radio images is attributed to the special geometry needed for gravitational lensing, which is satisfied by the quasar but not by all of the extended jet emission seen by the VLA near image A.

Not the answer you're looking for? Browse other questions tagged light space-time history gravitational-lensing infrared or ask your own question.