How to install the Barlow lens on this telescope?

I've brought a 4.5inch astronomical telescope recently which has an aperture of 114mm and a focal length of 1000mm, and two eyepieces. The two eyepieces were of 25mm and 10mm. I enjoyed stargazing using the 25mm eyepiece. But the stuff that I could see with my 25mm eyepiece was not visible through the powerful eyepiece. I'll post some pics. Can someone tell me how to install the Barlow lens? 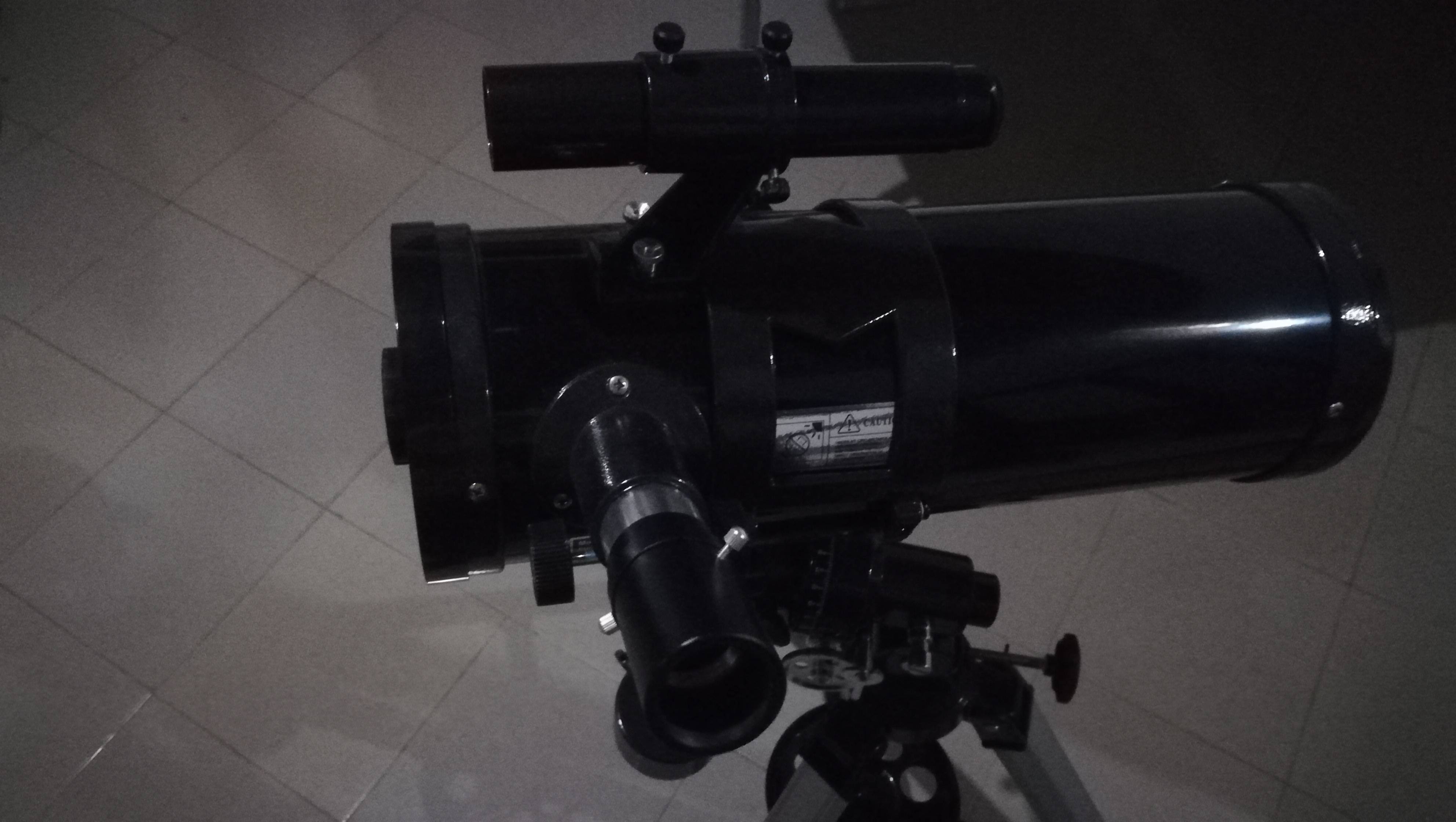 Based on the length of the optical tube (which doesn't appear to be roughly 1 meter even though you mention it is a 1000mm scope) this is probably a "Bird Jones" telescope and not a typical Newtonian reflector.

A Jones-Bird reflector telescope (sometimes called a Bird-Jones) is a mirror-lens (catadioptric) variation on the traditional Newtonian design sold in the amateur telescope market. The design uses a spherical primary mirror in place of a parabolic one, with spherical aberrations corrected by sub-aperture corrector lens usually mounted inside the focusser tube or in front of the secondary mirror. This design reduces the size and cost of the telescope with a shorter overall telescope tube length (with the corrector extending the focal length in a "telephoto" type layout) combined with a less costly spherical mirror. Commercially produced versions of this design have been noted to be optically compromised due to the difficulty of producing a correctly shaped sub-aperture corrector in a telescope targeted at the inexpensive end of the telescope market.

The "Bird Jones" designs use a spherical primary mirror and then use (or attempt to use) a corrector installed in the focuser assembly. It also acts as a 2x Barlow. A 1000mm "Bird Jones" design scope would really be roughly 1/2 meter in length.

The optics are usually not great (not as good as a Newtonian) and not a good candidate for using a Barlow (because now you're basically putting a Barlow on a Barlow). The image will get faint and very fuzzy.

Have you tried using the scope with just a 10mm and no additional Barlow?

Remove the eyepiece (and Barlow if you've inserted one) from the focuser. When you look through at the secondary mirror... do you see any "glass" in the path (other than the secondary mirror?) If yes, then you have a "Bird Jones" design telescope and not a typical Newtonian reflector.

While you are certainly able to try using a Barlow, I suspect you wont be happy with the results no matter what you do. I suspect a Barlow with a 10mm eyepiece would be pushing the magnification well beyond the practical limits of the optical system of that telescope.

Can't say for sure what the problem is with the 10mm lens. More magnification will make the image dimmer, but you should still see something Practice during the daytime, focusing on distant landmarks. My guess would be that the 10mm lens was not sitting in the focusser properly, resulting in everything being so out of focus that nothing could be seen. So practice during daylight.

The Barlow fits to the telescope, and the the eyepiece fits onto the Barlow. Everything should just fit together, if it was all brought as part of one set.

2
Nebula and galaxies using 70mm scope
1
What should I improve my telescope kit to see more details of Moon?
1
how to connect two eyepieces together with the x3 Barlow lens
1
76mm reflector vs 70mm refractor? Both are at sale at $200
2
What is the magnification of my new telescope?
1
Distance between objective lens and eyepiece
3
How can I improve the Field of View of my home-made telescope?