How to explain this trajectory of the moon taken from the same spot on Earth over 28 days? 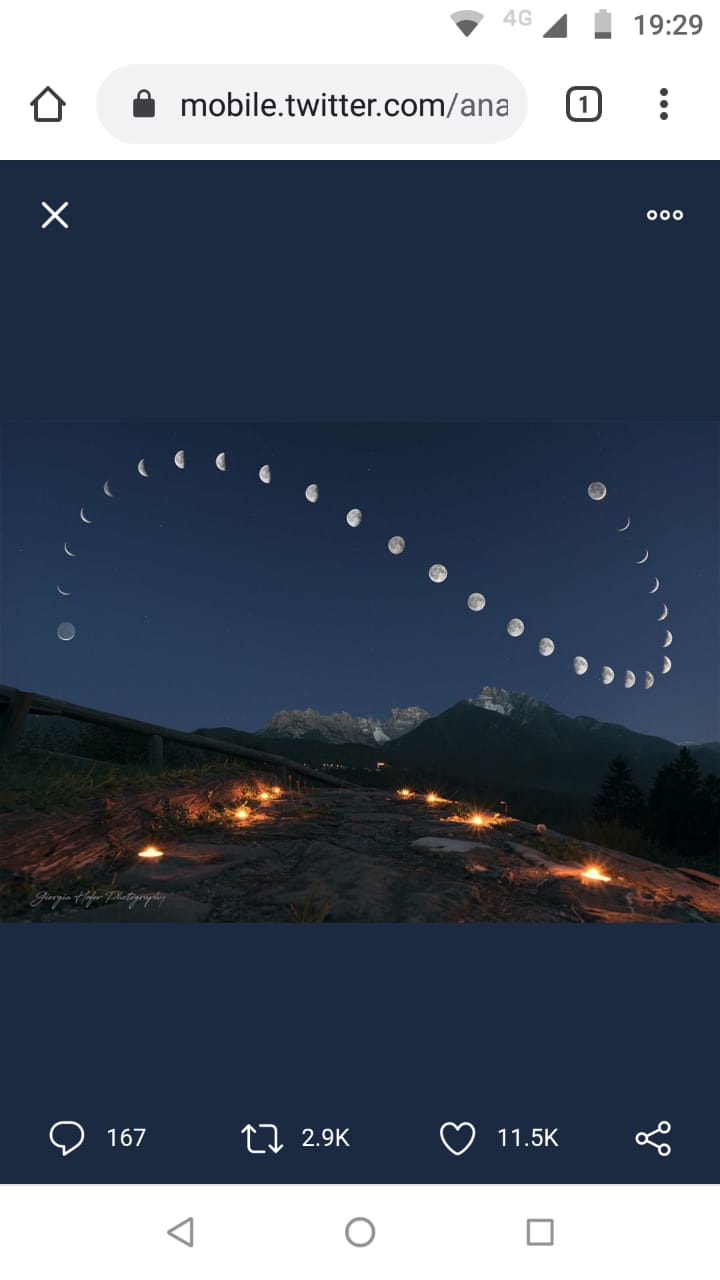 Found this picture online, was wondering why the trajectory has taken such a beautiful shape ?

This is a digitally enhanced composite set of images of the Moon, with successive images taken 24 hours and 40 minutes apart. There's also a long gap in time between the left half and right half of the composite. The creator of the photograph took artistic license to enlarge the Moon; she thought that that made the composite image look better. Images of the new Moon / nearly new Moon are also enhanced.

I don't believe that this can be a simple repeated exposure of the moon.

But the moon is only 1/2 a degree across, and by my measurement, this makes the image span less than 20 degrees.

You can get interesting curves like this by recording the position of the moon in the sky at intervals of about a day (or perhaps 24 hr 50 min , since you get the superposition of the moon at a about the same direction, but its height in the sky changes as the moon doesn't orbit around the equator, but in roughly the same plane as the sun. This can be called a lunar annalemma. These have appeared in the astronomy picture of the day https://apod.nasa.gov/apod/ap200507.html and https://apod.nasa.gov/apod/ap050713.html. These images also required some digital manipulation, to bring out narrow crescents taken during the day.

1
Struggling to understand the phases of the moon

22
Does the Earth have another moon?
2
Is this a real picture of the moon?
37
Why does the Moon appear gray when passing between the Sun and the Earth?
2
What's the closest Venus gets to the moon?
11
What is the highest resolution image of the moon taken from Earth's surface?
5
Why is the difference from a perfect sphere the same for the Earth and the Moon?
4
Moon Images from Earth
18
During an eclipse, how big is the shadow of the moon on the earth?
3
Exact ecliptic position of Earth and Moon from Mars as photographed by Curiosity Rover?
2
How to explain this elongation frequency diagram between the Sun and the Moon