This amazing video shows an annular eclipse of the Sun by Phobos as seen from Curiousity. This one shows an eclipse by Deimos. My question is do these things ever both happen at once? Do you ever get simultaneous eclipses by Phobos and Deimos from anywhere on Mars?

Phobos doesn't completely cover the Sun, so it would be considered an annular eclipse. Because Deimos is so small compared to the disk of the Sun, scientists would say it's transiting the Sun.

Phobos does pass in front of Deimos but the current models of their orbits still have an error margin. From the same page:

There's still a margin of uncertainty in the orbits of both Martian moons, but that shrinks with every eclipse that's viewed from the Red Planet's surface.

That means that as of right now, your question does not have a definitive answer.

You could "see" that double transit with Celestia, with their orbiting model. At this page search for:

A couple of images from the result: 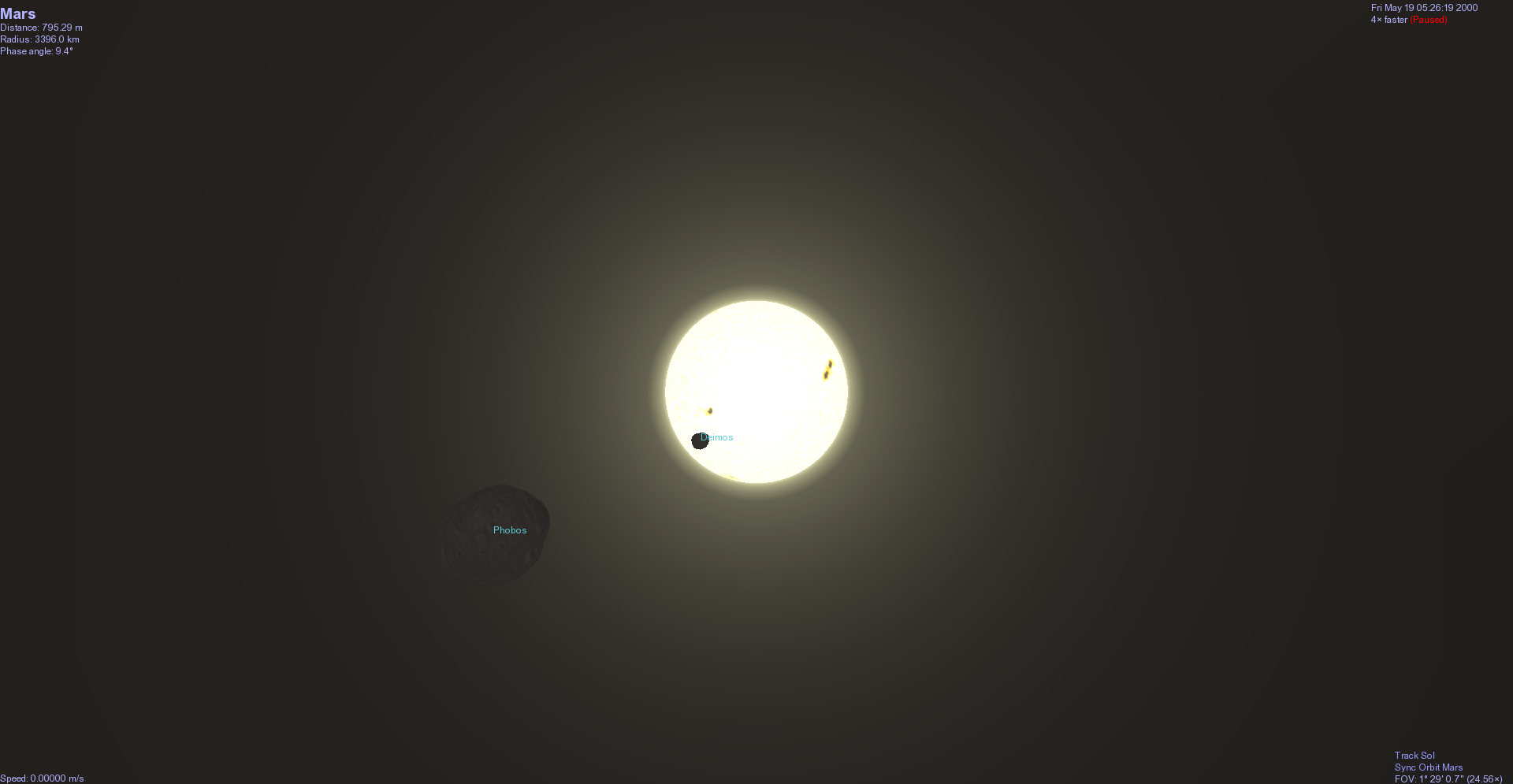 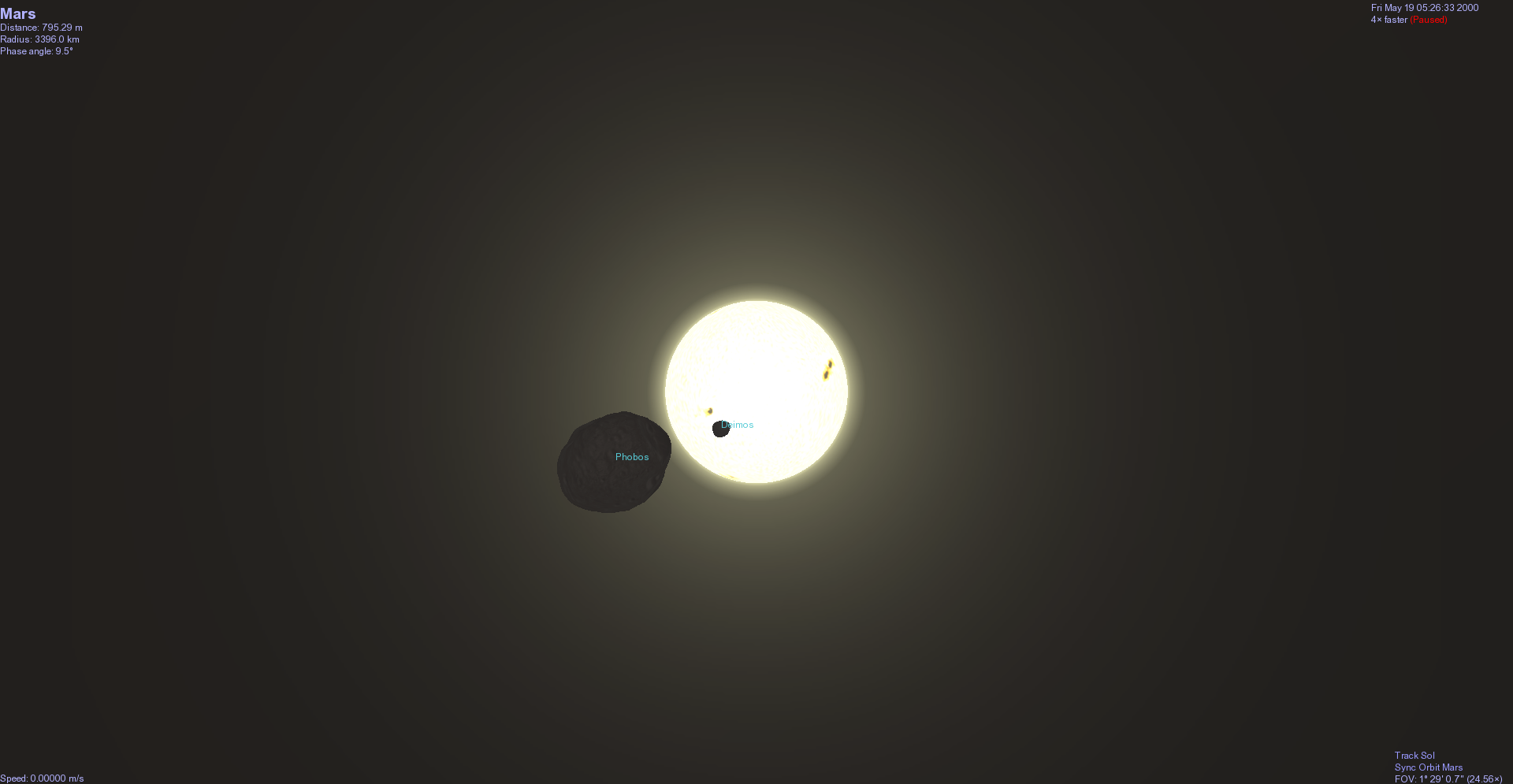 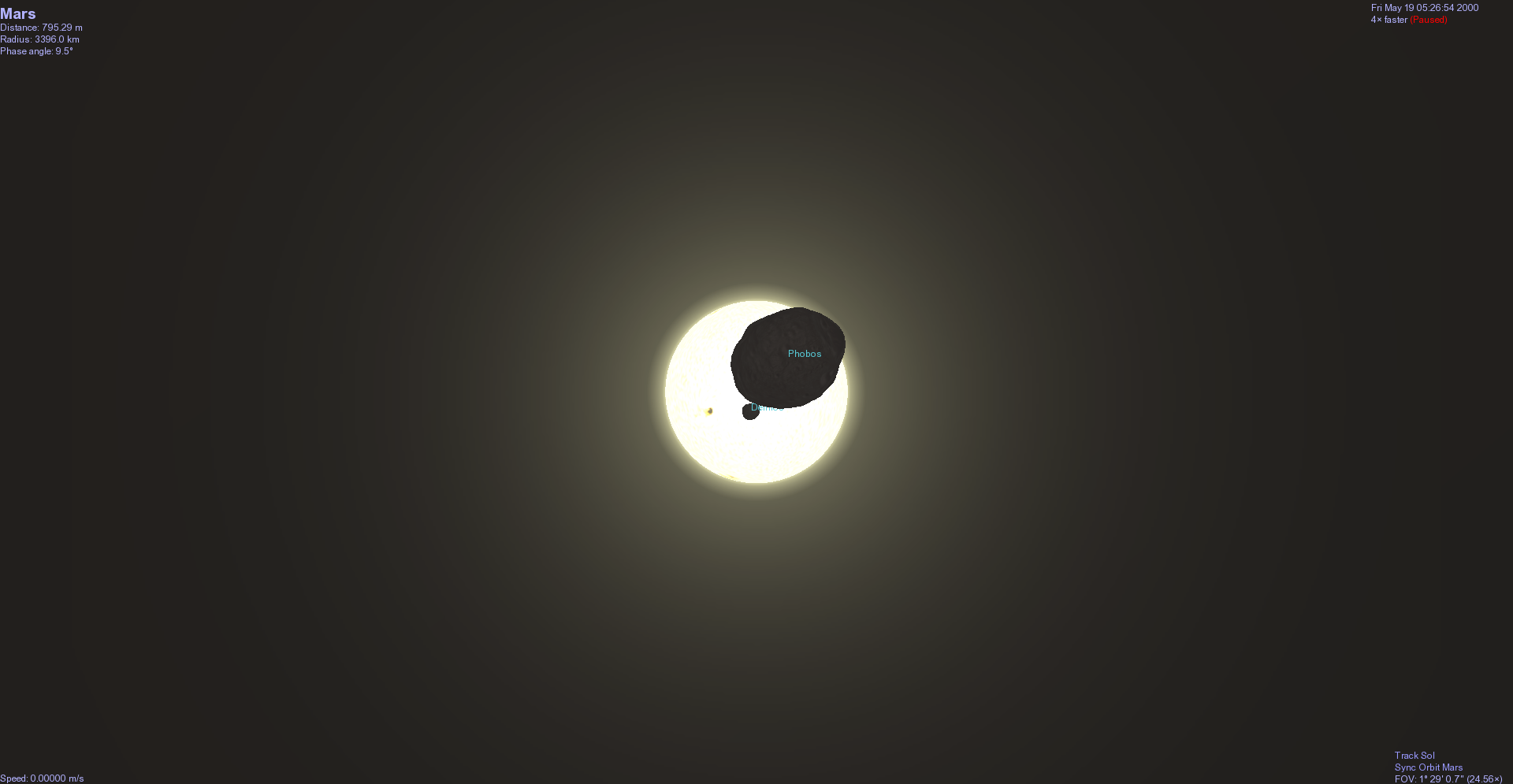 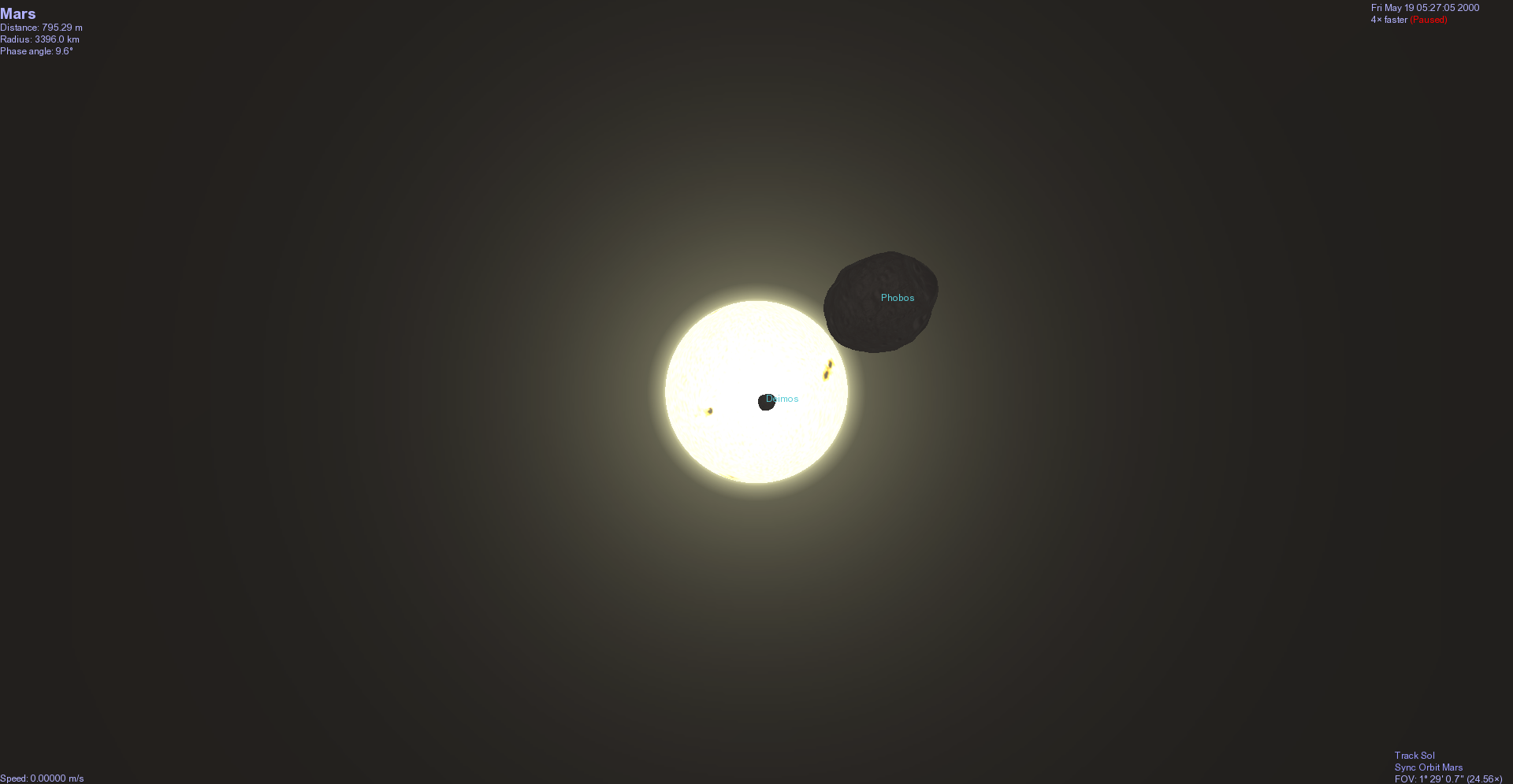 Not the answer you're looking for? Browse other questions tagged mars eclipse-non-earth-related phobos or ask your own question.

15
If we found evidence of life on Mars, how would we know that it originated on Mars rather than Earth?
4
When will the next series of mutual eclipses of Jupiter's moons begin?
4
Mars night sky — Phobos and Deimos?
5
When will the next transit of Earth be visible from Mars? Was the last one really on May 11, 1984?
6
Mars vs Venus: the retention of atmospheres in relationship to Earth
4
Why is only a narrow chunk of sky darkened in this amazing Curiosity solar eclipse GIF from Mars?
6
How to retrieve from NASA Horizons site the needed data to plot analemmas for other planets?
5
Is the Object in this Photo Mars?
24
Can a planet in our system eclipse the sun as seen from another one?