How much of the Sun's disk must be covered for a visible shadow to be cast?

At first it seems like the answer is obvious, $100$% or more, that's what a total solar eclipse is after all. But after seeing satellite images of the June 21st 2020 annular eclipse, the shadow cast by the Moon on Earth was indistinguishable from the one cast during a total eclipse despite the Sun not being completely covered. Only difference is that there was no umbra, but that doesn't matter. 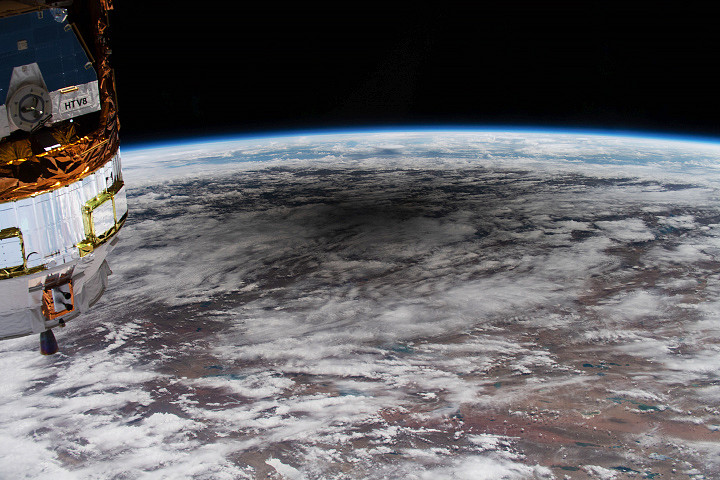 The answer for your question is quite complicated. Basically, the cutoff point you are saying about depends on the amount of light, which is reflected from the certain surface experiencing the eclipse. Another factor is the sensitivity of your eye, which seems to be individual... http://www.mkrgeo-blog.com/the-role-of-contrast-in-ability-of-human-vision/

This cutoff is nothing like the contrast difference between two separate areas, where one of them is less illuminated. Since the albedo of the Earth is various, we shouldn't expect the fixed border between shadowed area being visible. The biggest albedo feature clouds, snow, and glacial areas, and consequently the deserts. The satellite view is usually perfect for emphasizing the shadowed area. This is driven by the huge amount of reflected light, which comes from the outside, where Sun shines in 100%. As we are moving down to the ground, the visible cutoff changes. The phenomenon, which could explain this situation is the light transition. The light transition defines the border between non-shadow and half-shadow surface, and next the half-shadow and full shadow surface. This is better described here:

where you have got the experiment on a white background, which reflects the light perfectly. An analog situation happens during every solar eclipse seen from the space, even the partial one. As our sight is higher from the surface, we are able to see a bigger area. Obviously our shadowed area becomes smaller, which yields eventually the regions from outside the penumbra, fully illuminated. The details of this situation have been described here: 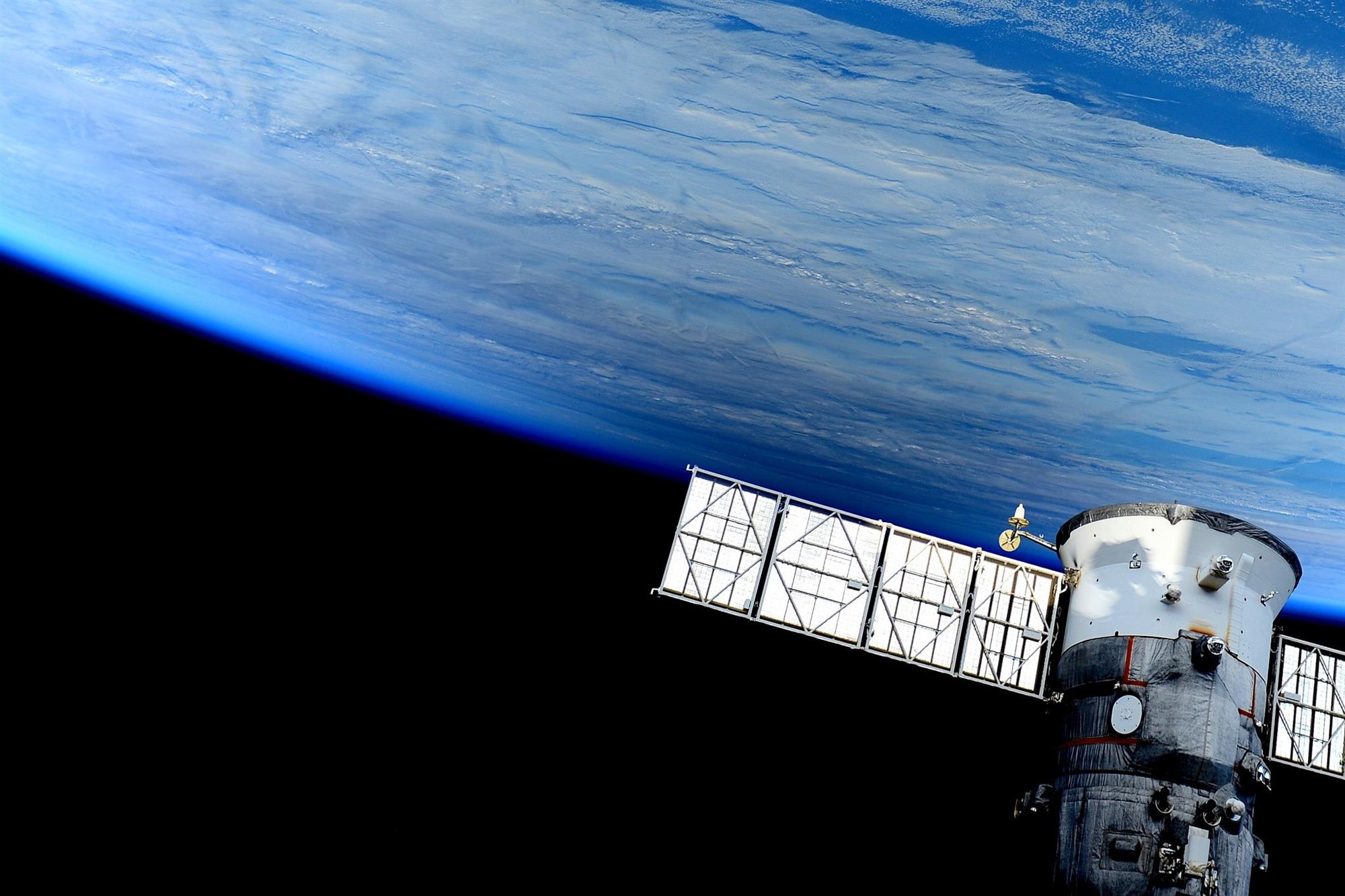 Above you can see the shadow produced by the partial phase of the solar eclipse in 2015. As you can see, it's almost the same deep as you have shown in your question. This is where I am heading to in order to make a good explanation. The image of a partial solar eclipse was taken in specific conditions, where the sun was low above the horizon. hence your penumbra remains the fuzzy oval, bringing more reflected sunlight from the outside. This is why it looks darker. Even the ISS doesn't show the real shadow cutoff, which you are asking about. The most expressed prenumbra-affected regions are to be spotted via some satellite imagery like sat24.com or so.

See the below examples from June 21, at the eclipse beginning in Africa. 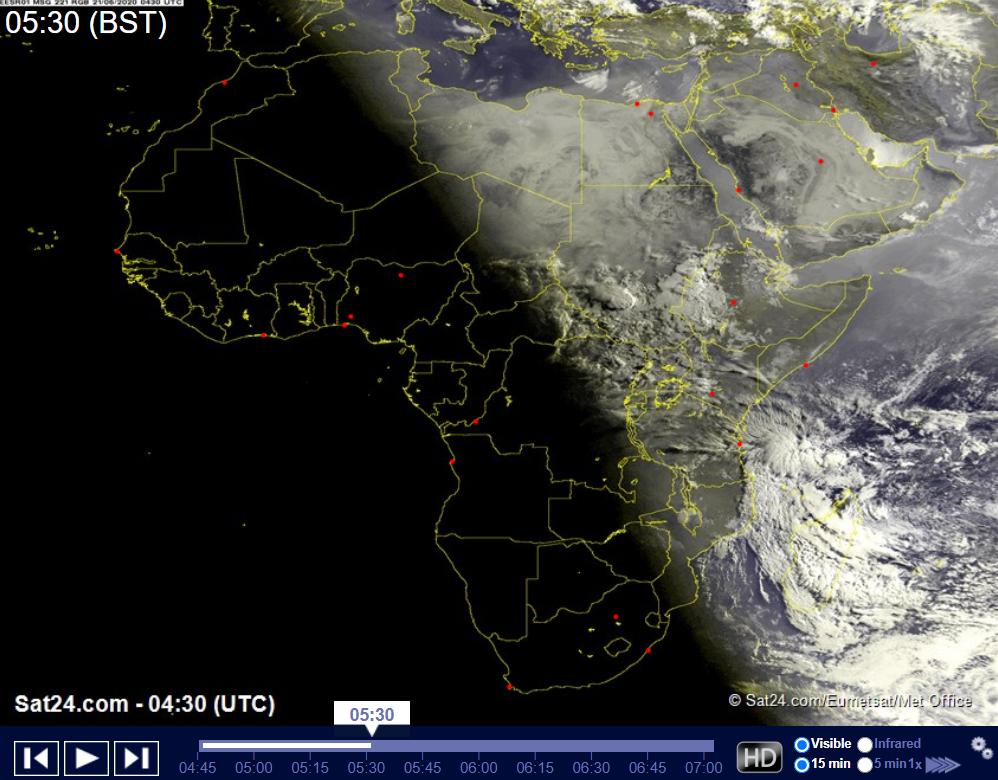 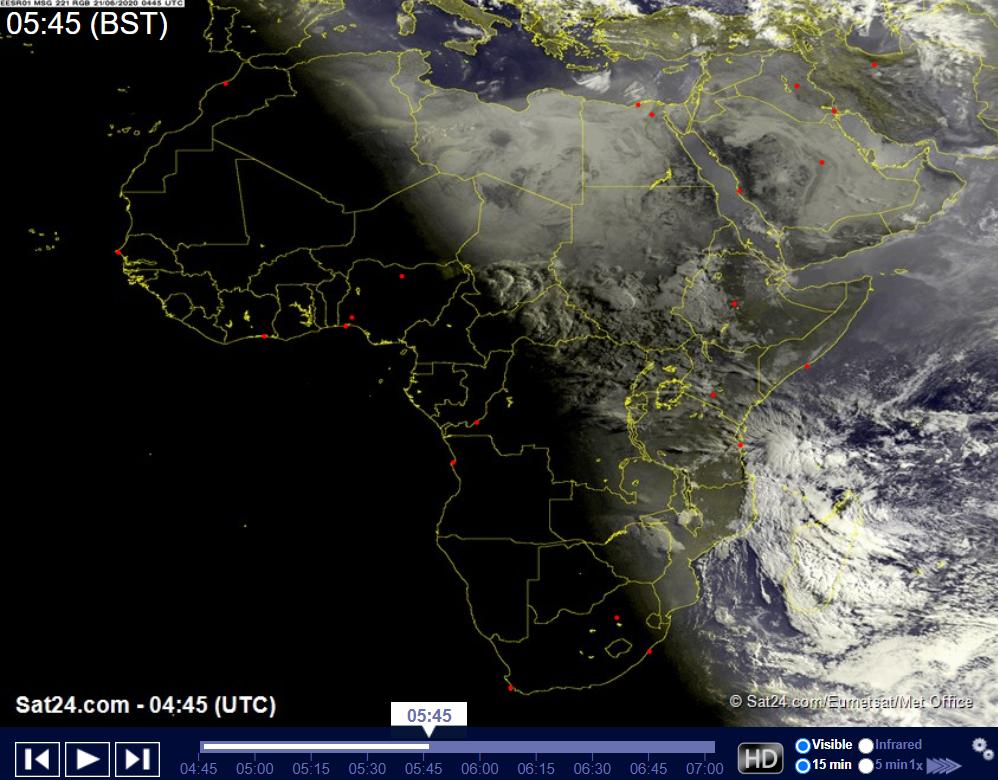 this is the most expressed penumbra, as you can see. Next, if you really wish to know roughly what minimum phase of the eclipse causes the penumbra visible, you can: 1. Draw the visible line of the penumbra cutoff, which you can spot by your eyes 2. Pick up the location just behind this line 3. Check the eclipse circumstances in this area (knowing the time provided) by some astronomical software like Stellarium, Cartes du Ciel, etc.

Remember, that this visible shadowed border will be different for the other circumstances! Imagine, that you are standing inside the umbra during the totality. In this case, your eye can even distinguish the areas brighter and darker inside the shadow! On the other hand, the prenumbral regions will appear as fully illuminated. Threading this way, the cutoff will be marked by the border of the umbra only.

In terms of the photos, as you said. It covers only 25% of the sun but the shadow is visible well. This is what I explained above. Look at the shadow itself, it is very small compared to the image frame (the area of sight). As a result, a vast majority of the surrounding area is fully illuminated, therefore reflects possibly the biggest amount of light outshining the small shadowed region effectively.

Not the answer you're looking for? Browse other questions tagged solar-eclipse .

2
When does a solar eclipse become noticeable?