Could we use spinning black to act as a skyhook giving us enough energy boost to travel the galaxy?

Skyhooks or tethers are most useful for lifting mass from a surface into space, increasing velocity. Kerr blackholes have no appropriate surface for basing mass. Instead a gravity assist maneuver may take advantage of the high spin speed of a Kerr black hole, which induce frame-dragging where the space around the blackhole (within the ergosphere) is dragged at the speed of light in the same direction as the spin.

The Penrose process also offers a means of extracting energy from Kerr blackholes, if the rotational energy of the black hole is located not inside the event horizon but inside this ergosphere.

I recommend you to read the short paper(1) on gravitational machines by late physicist Freeman Dyson. As Dyson puts it:

The difficulty in building machines to harness the energy of the gravitational field is entirely one of scale. Gravitational forces between objects of a size that we can manipulate are so absurdly weak that they can be scarcely be measured, let alone exploited. To yield a useful output of energy, any gravitational machine must be built on a scale that is literally astronomical.

Black holes aren't necessary, you could actually do the trick with binary stars, like white dwarfs. A pair to accelerate your payload, and another to decelerate it at destination. 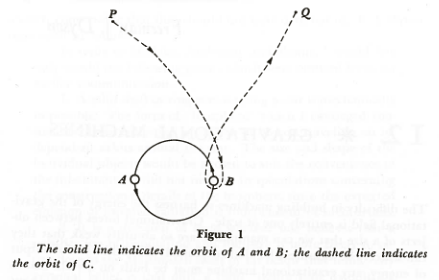 A double star has two components A and B, each with mass M, revolving around each other in a circular orbit of radius R. The velocity of each star is $$V = \sqrt \frac{GM}{4R}$$ where $$G = 6.7*10^{-8} > cm^3/sec^2g$$ is the gravitational constant. The exploiters of the device are living on a planet or vehicle P which circles around the double star at a distance much greater than R. They propel a small mass C into a orbit which fall toward the double star, starting from P with a small velocity. The orbit of C is computed in such a way that it makes a close approach to B at a time when B is moving in a direction opposite to the direction of arrival of C. The mass C then swings around B and escapes with greatly increased velocity. The effect is almostif the light mass C had made a elastic collision with the moving heavy mass B. The mass C will arrive at a distant point Q with velocity somewhat greater than 2V. At Q the mass C may be intercepted and its kinetic energy converted into useful form. Alternatively the device may be used as a propulsion system, in which case C merely proceeds with velocity 2V to its destination. The destination might be a similar device situated very far away, which brings C to rest by the same mechanism working in reverse.

Dyson estimates that a white dwarf version of this device could accelerate a payload to about 2000 km/sec.

The main limitations on this method, beyond the sheer scale involved, are tidal stresses on larger payloads, given the accelerations involved, and the suitable systems are quite short-lived, decaying due to gravitational radiation.

3
Why would the merger of spinning black holes within the accretion disk of a supermassive black hole cause them to "shoot straight up" out of the disk?

1
Finding a Kerr Black Holes
10
Star formation around rotating black holes?
5
Can a black hole undergo a Penrose process inside another black hole's ergosphere?
2
How are microlensing events used to constrain the size of innermost stable circular orbits around spinning black holes?
20
Why can't supermassive black holes merge? (or can they?)
42
How do we know that black holes are spinning?
4
Astrophysical black holes deviating from Kerr black holes?