I was reading on NASA's website about how the Babylonians came up with dividing the sky into different slices and picked a pattern of stars in each slice to represent it. This ties in to astrological signs, and that being born "under" a sign means that that particular constellation is aligned with the continuation of an imaginary line from earth to sun (and onwards out into space).

But here's what I don't get: when "the sun is in Scorpio", isn't the actual constellation "Scorpius" impossible to see? It would be "behind" the sun, right?

This seems backwards to me, but then again I'm not a Babylonian from 3000 years ago. Am I misunderstanding something, or is this really how it works? You're born "under Aries", yet Aries isn't even visible on the sky at that time?

It is true that, for an observer standing on Earth, the daytime sky blocks out our ability to see the stars (with the exception that stars are visible during a total eclipse).

The point of the above post is that if we pick a specific location (for example... that spot in the sky between Scorpius and Sagittarius) you cannot see directly at that spot during the daytime. But choose to observe merely a month earlier or a month later and you can see that spot either just prior to sunrise or just after sunset. Since ancient observers would certainly have been able to observe these constellation side-by-side during months when they are visible at night, it would have been easy to derive (based on the first visible constellation after sunset or the last visible constellation prior to sunrise) where the Sun is located on the current day -- and to do this without needing to see the stars that beyond the Sun's current location.

Also consider that there are roughly 365 days per year and 360° in a circle. Each day the Sun advances about 1° along the ecliptic. The ancients would have understood this as well... and would have been able to pretty accurately plot the current location of the Sun without actually being able to directly observe those stars located in the sky beyond the Sun's current location.

So, if you go to Babylon in November (it's 80 miles from Baghdad in Irak), will you see Scorpio precede the Sun at dawn? You would if the Earth spun perfectly straight, but instead the tops of the axis describe a little circle: this is called precession. So these days, in November, the sun is preceded by Virgo.

Compare these two screenshots from the app Stellarium, for the city of Baghdad in Iraq. The first one is from November 7, 1020 BC, the second one november 7, 2020 (yes, Stellarium allows time-travel). 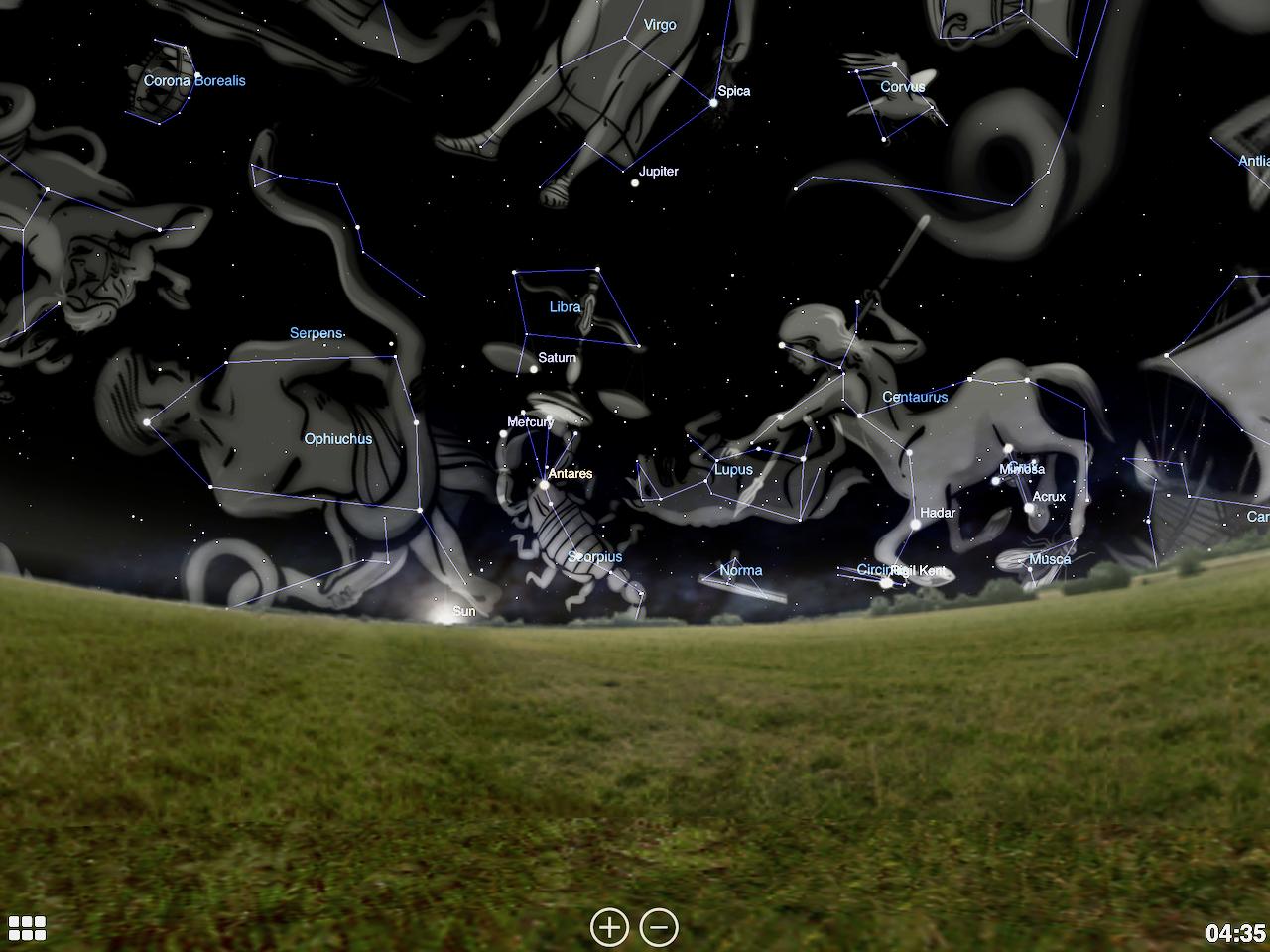 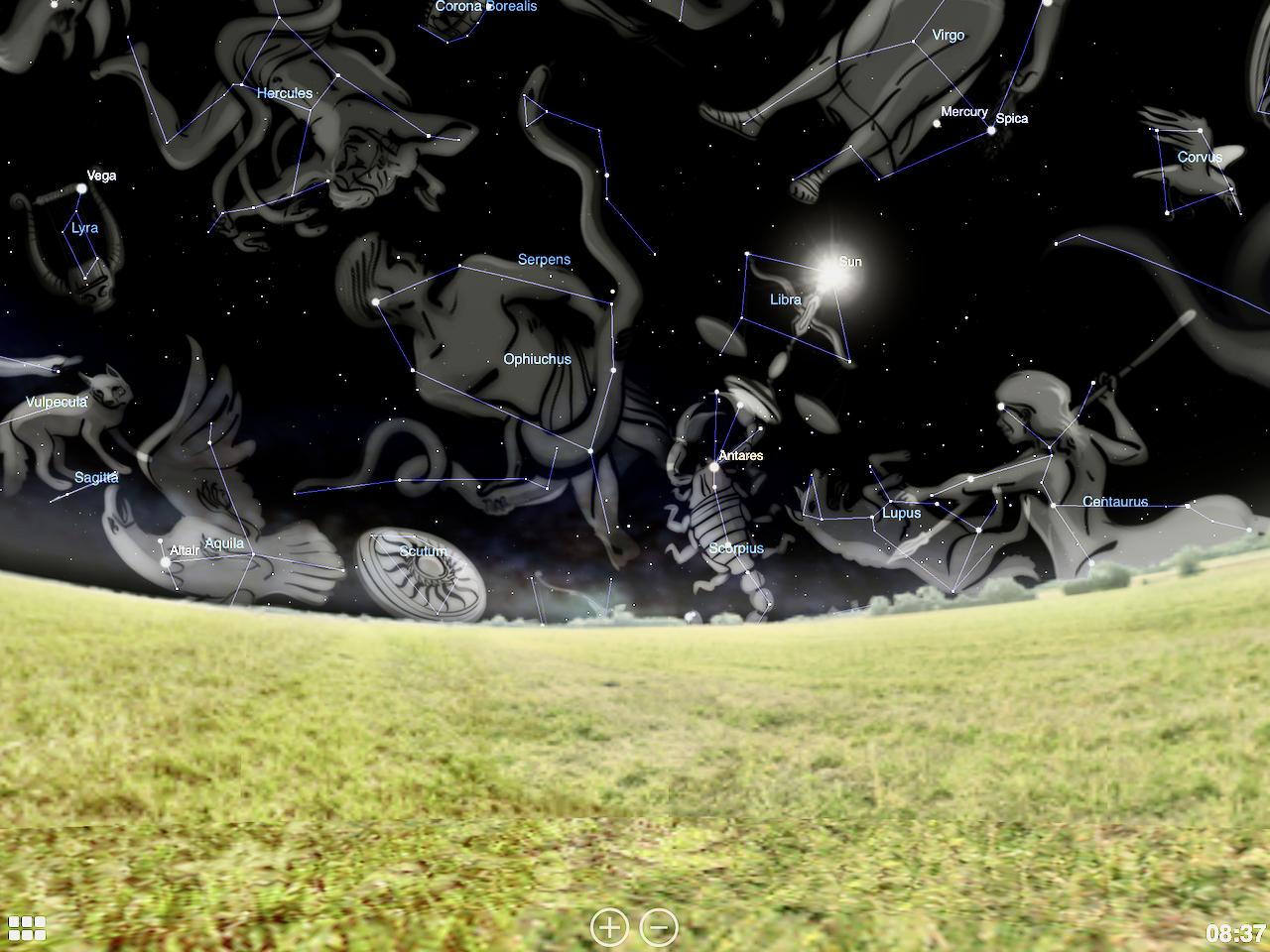 Not the answer you're looking for? Browse other questions tagged constellations .

13
Is it true that we see the center of the milky-way for only half of the year?
1
How did the ancients know the constellation in which the sun is located?