Is it possible to have a trinary star system with a planet that orbits their barycenter?

I am trying to model a 3-star system with a planet. The three stars have the same mass. I have gotten the stars (Yellow, Pink, Blue) into a stable orbit. However, I am wondering if a "free-floating" planet can exist in this system. By "free-floating," I mean a planet that does not orbit any star; it orbits the barycenter.

Currently, I only know of metastable orbits that work for a while, but then the planet crashes into a star or gets ejected. Here are my setups: 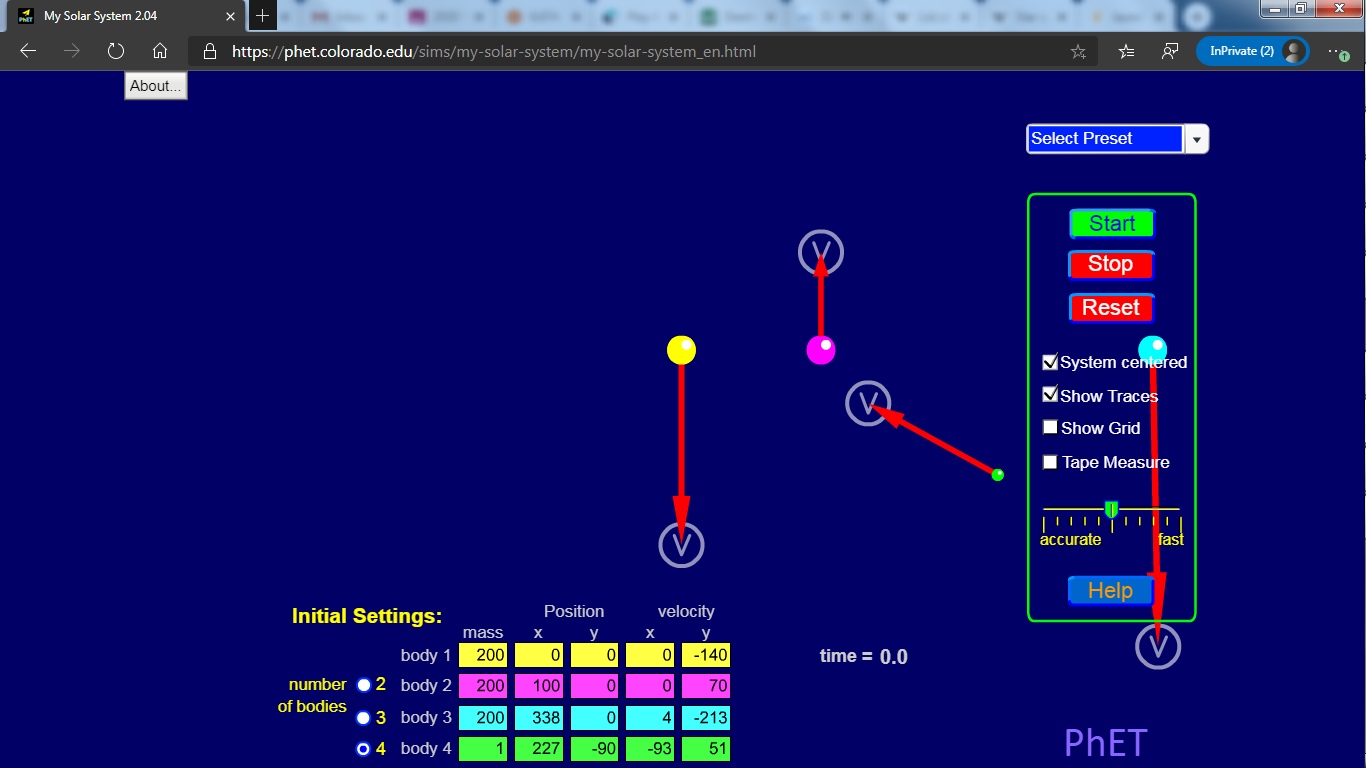 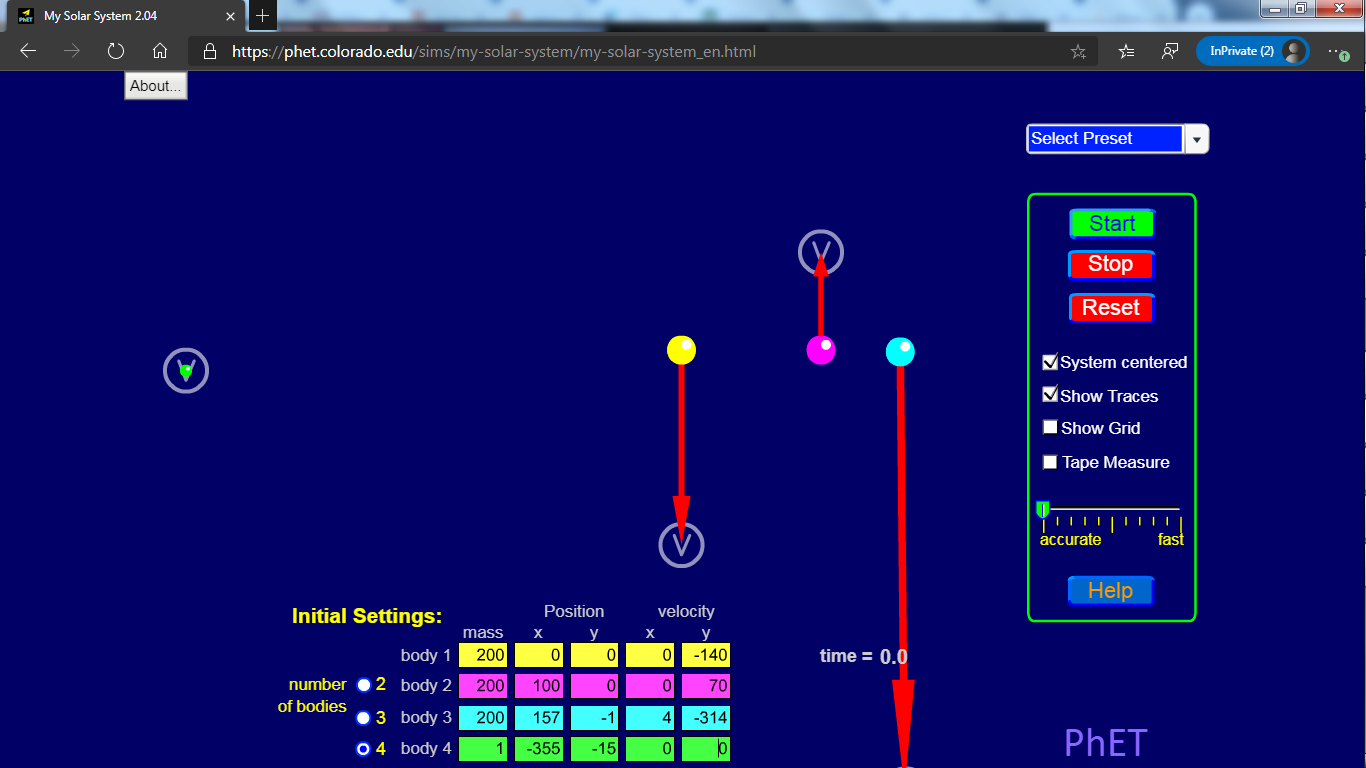 Is there such a system that satisfies these conditions? If yes, is there a real-life example that astronomers know of?

This configuration should be possible if the planet is located sufficiently far from the barycentre (i.e. sufficiently far outside the outermost orbit of the triple): close-in orbits will end up being destabilised.

If you're willing to consider candidate planets, and to relax your requirement that the stars have the same masses and that the planet is as close to the barycentre as possible, Phuong et al. (2020) suggest the presence of a protoplanet located outside the dust ring of the system GG Tauri A, at a separation of ~290 au. GG Tauri A is a T Tauri triple system, comprising the primary GG Tau Aa (~0.6 solar masses) separated at ~35 au from a close (~4.5 au) binary GG Tau Ab1/Ab2 (~0.38 and ~0.3 solar masses).

The configuration is as follows (apologies to users of assistive technology):

Not the answer you're looking for? Browse other questions tagged planet star-systems or ask your own question.

11
What might cause a planet to have a significant tilt in their orbit?
4
Potential Re-Capture of Rogue Planets
6
How do the orbits of Nu Scorpii and AR Cassiopeiae work?
4
Can a star orbit around multiple planets or a planet with massive moons?
7
What's the name for [the other kind of planet] in a binary star system?
4
Is it likely that intergalactic stars would still retain their planets?
1
Do all orbiting objects have barycenters?
1
Could there be planets that are not rotating around their axis yet are in orbit around a star?