How did the Archimedes crater fill with lava?

This is the Archimedes crater, on the moon, near the Apollo 15 landing site. 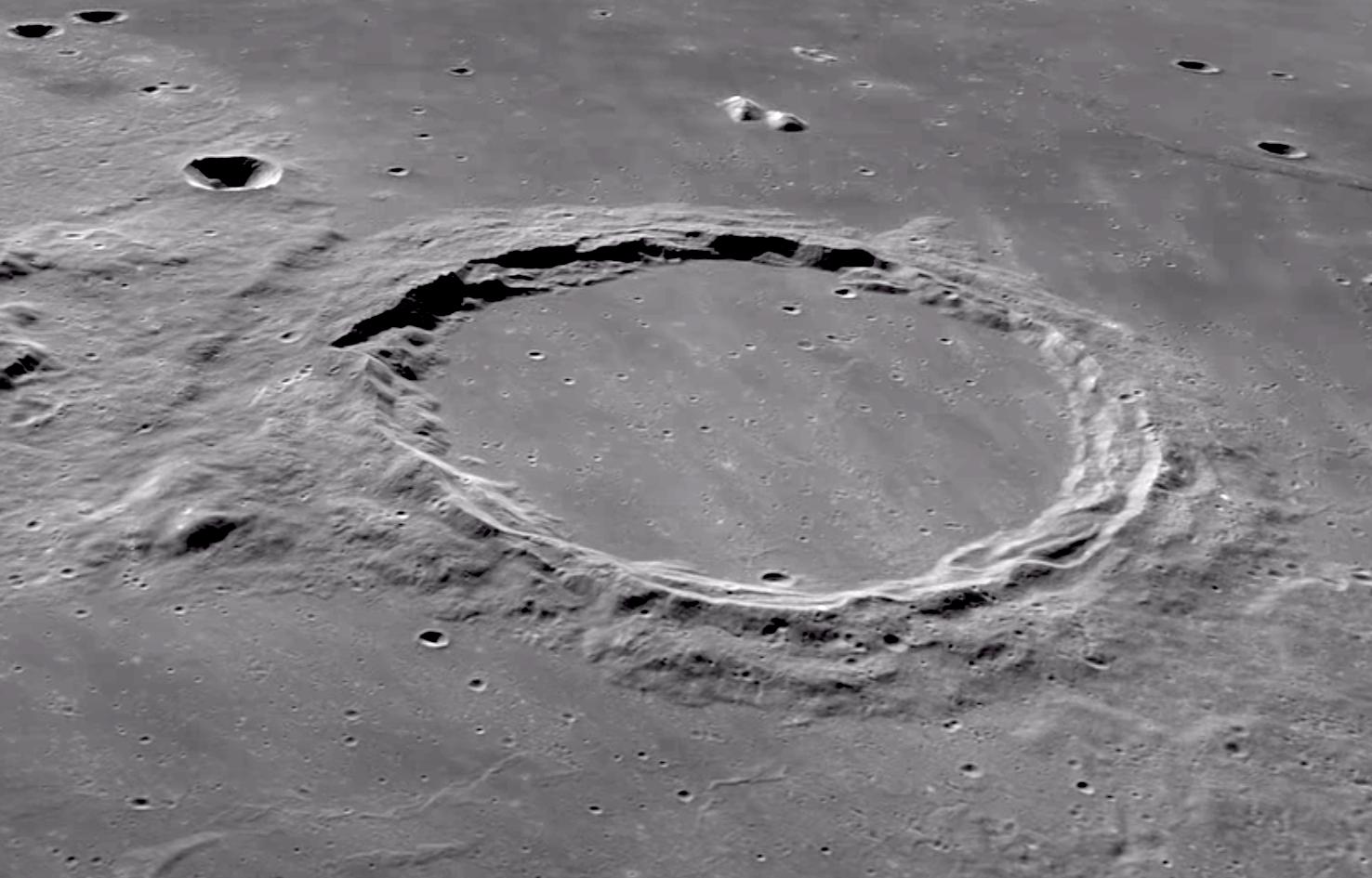 It is located in Mare Imbrium, a plain filled with lava.

The strange thing is that the interior of the crater looks flat, as if it had been also filled with lava, but there is no passage for lava to come inside the crater. All the walls appear to be intact.

So how could lava have possibly entered the crater?

Could it have had such low viscosity that it infiltrated as seepage?

The interior of the walls appears to be broken as if they suffered a landslide.

(The image source is this video, apparently a Lunar Reconnaissance Orbiter image)

Great question! The mare lava bubbled up through fractures in the floor of the crater, burying its ring system and central peak.

Not the answer you're looking for? Browse other questions tagged the-moon geology crater .

3
How to tell a crater is old or not?
4
How big can a crater get?
1
How do we get the angular size of a crater without lens?
5
Is the boulder on the peak of Tycho Crater the core of the impactor, or is it a random rock?
2
The dominance of Gravity vs Strength and its dependency on crater size
6
What's the difference between a crater and a basin?
2
How does one go about submitting a name for a newly-discovered lunar crater?
3
How did the mountain range form in Galle crater?
8
How new is this crater?