Why isn't IMBH candidate GW190521 very "chirpy"? Which types of events will produce the most chirp-like behavior?

The first gravitational wave observations were noted for their "chirp-like" behavior; the objects would speed up as they got closer, radiating more strongly and therefore loosing energy faster. An example of a "chirp" is shown below.

The new PRL GW190521: A Binary Black Hole Merger with a Total Mass of 150 M⊙ seems to show the first observation of the formation of an intermediate mass black hole (IMBH). The image below doesn't seem to exhibit much chirpiness compared to lower-mass mergers. For example from P. B. Abbott et al. (2016)

On September 14, 2015 at 09:50:45 UTC the two detectors of the Laser Interferometer Gravitational-Wave Observatory simultaneously observed a transient gravitational-wave signal. The signal sweeps upwards in frequency from 35 to 250 Hz...

Question: Why do some gravitational wave events chirp more than others? Which ones produce the best, longest, and most obvious chirp in frequency? 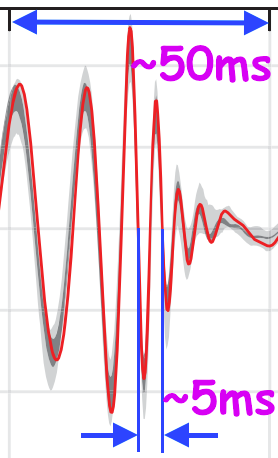 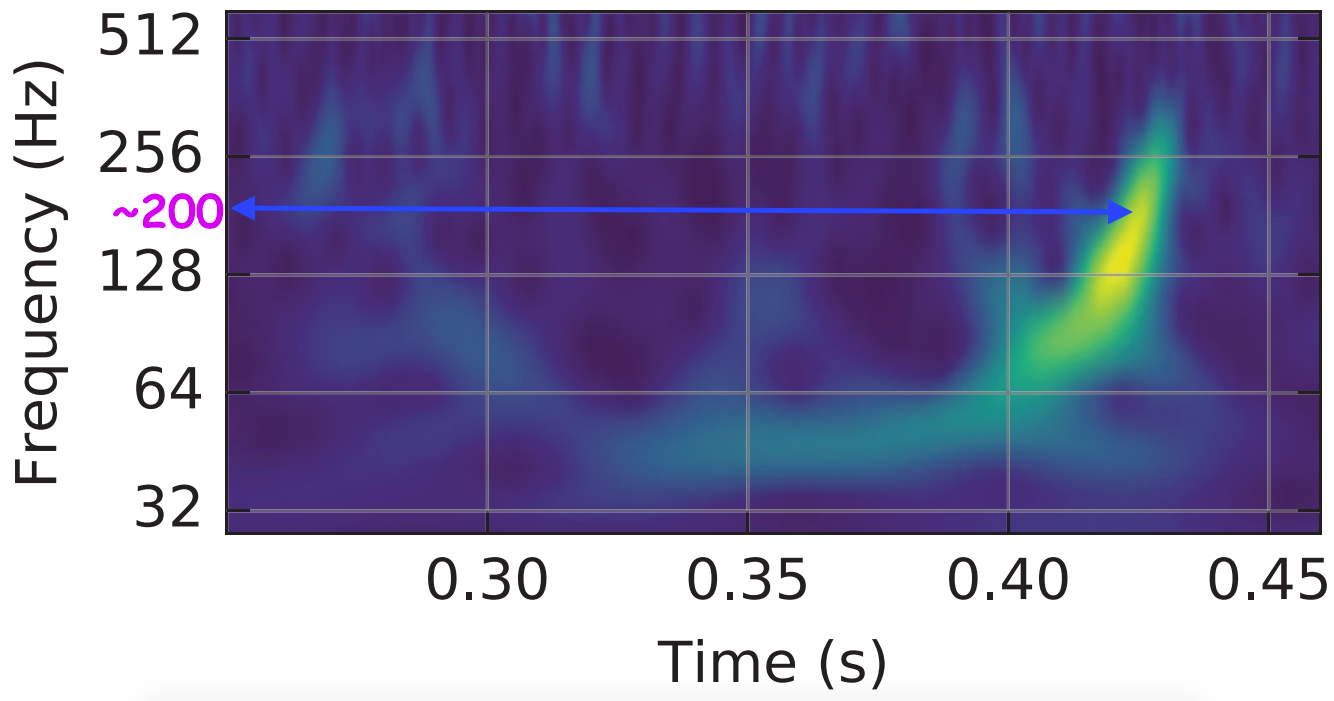 All the binary mergers chirp, but the overall timescale of the event depends on the total system mass (or rather the chirp mass - see below). The more massive the system, the more rapid the evolution of the amplitude and frequency and the lower the orbital frequency when it finally merges. What you observe is also governed by the response of the detector - that is, its strain sensitivity as a function of frequency.

You can see from this formula that at a given frequency $f$ (in this case in the LIGO sensitivity band), that the rate of change of frequency is higher for higher chirp masses.

So that I think is your answer. The sensitivity of LIGO is quite poor below 30 Hz due to seismic noise. Thus in this event, the merger and chirp is barely seen at all in the sensitive LIGO frequency window of 30-2000 Hz - just the final few orbits (in fact only two for GW190521) before the merger and ringdown phase begins at a peak frequency of $\sim 50$ Hz.

To get a more chirpy signal that is detectable by LIGO you need (a) a lower mass system with a higher $f_{\rm max}$ and (b) it needs to be close enough so that LIGO can detect the lower amplitude GWs with $f<f_{\rm max}$ that are emitted prior to the merger.

Not the answer you're looking for? Browse other questions tagged observational-astronomy black-hole gravitational-waves or ask your own question.

2
How to derive the redshift of GW150914?
4
Could a pair of binary black holes form within a star?
16
Frequency of gravitational wave detection
3
Observation of Gravitional waves by LIGO from binary black hole merger
11
What would it feel like to be orbiting near a merging black hole?
8
Is gravitational wave frequency always equal to double the orbital frequency?
1
Fraction of initial mass lost (radiated) by neutron star mergers compared to black hole mergers?
11
Why did astronomers believe most or all stellar black holes had masses no greater than 15 solar masses?