Where was this photo of Nancy Grace Roman taken, what is the display shown?

Where was this photo of Nancy Grace Roman taken, what is the display shown, is there any technical information on this display and where is it now? If this is a NASA photo then there should be an original ID or catalog number and hopefully explanation, but it may not be a NASA photo.

I spotted this in Nancy Roman Telescope’s Primary 2.4-Meter Mirror is Ready when looking for background information related to the question What “improvements in technology” allowed the primary mirror of RST (WFIRST) to be less than 1/4 the weight of Hubble's?

Source which links to this higher resolution version 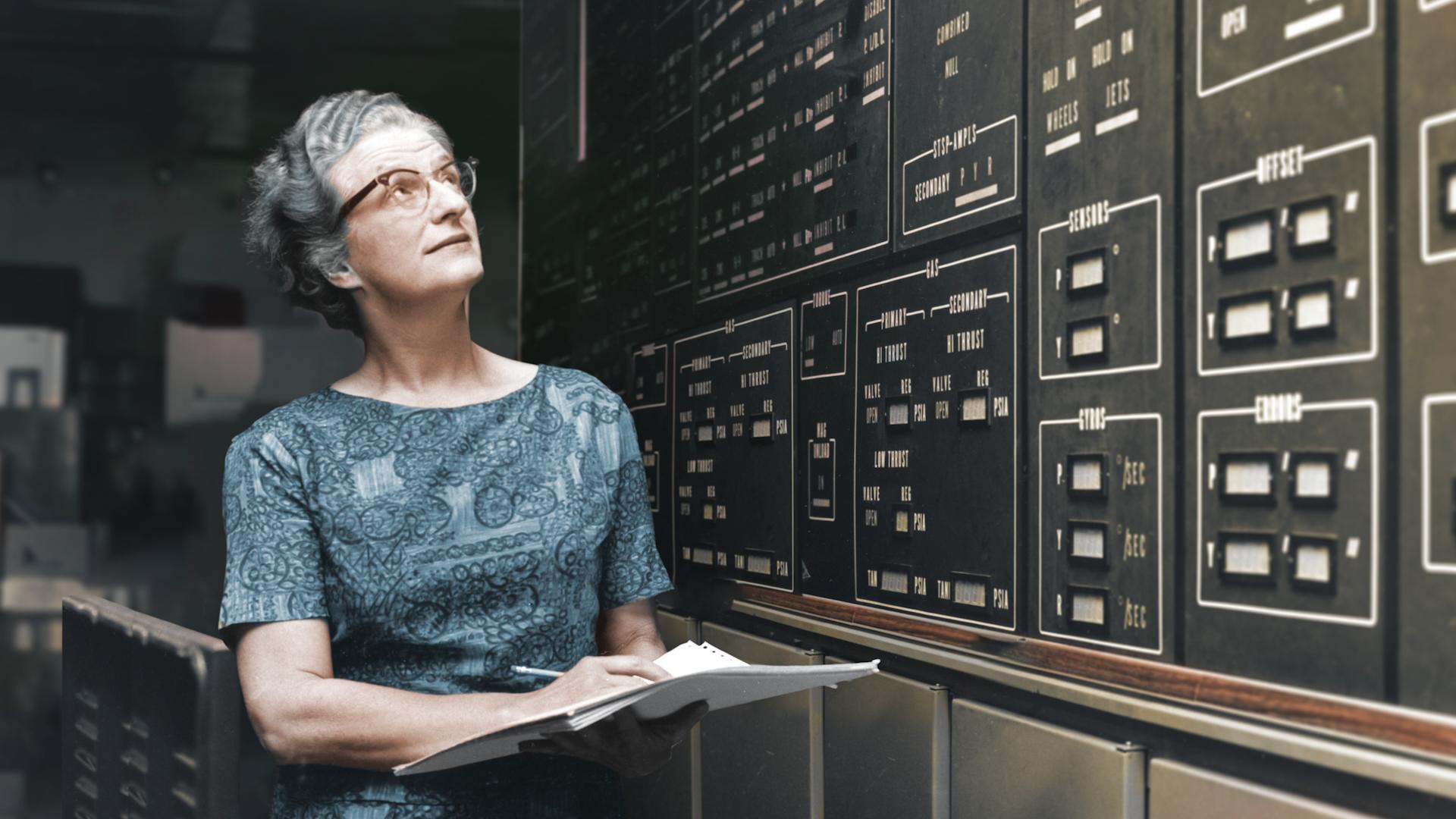 The display is shown when the narration says:

Nancy followed her dream and became a professional astronomer, working in the new discipline of radio astronomy. And in 1961 she became the first chief of astronomy in the office of Space Science at NASA.

I'm guessing that this display is for the position and other information for a radio telescope, but if so, which one?

Her Wikipedia page also includes this picture (public domain), where she wears the same dress, and where a similar display can be seen in the background: 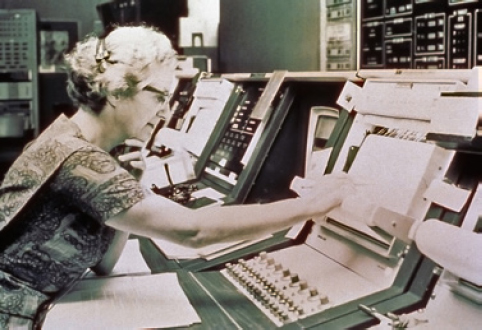 Roman sits at the control console for the Orbiting Astronomical Observtory satellite, launched in 1972 and nicknamed Copernicus. This is a publicity picture; she never actually worked in the Goddard control room.

This page from the University of Chicago also includes a picture of OAO-3 (Copernicus) control room, where a similar display can be seen (I won't paste the image here because of copyright). However, after careful examination, they look similar, but the layout is actually not the same.

This page from the University of Wisconsin has a (poor) picture of OAO-2 (Stargazer) control room (again, not pasted here), where a similar display can be seen. Despite the poor quality, this one seems to fit the one where Nancy Grace Roman is featured.

From these evidence, I'd say:

16
What is the object in this photo?
11
How was Earth's "quasi-satellite" 2016 HO3 "first spotted" and it's orbit determined?
8
How (the heck) was this photo of Venus at inferior conjunction (between us and the Sun) taken?
14
Does this photo show the "Little Dipper" and "Big Dipper"?
9
What Constellation Is This? (Photo Included)
4
Why does Nancy Grace Roman = 100 × Hubble? Why is the new space telescopes wide field camera so much wider than the old one's?
3
Why is the Nancy Grace Roman Space Telescope's field of view shaped like a PacMan "ghost"?
3
What kind of perspective projection is shown in this image?