I would like to deconvolve an image of Saturn.

However, the result is absurd (cf image). Why doesn't this method work? The image of the star seems pretty big. Do I miss a step to recover the PSF ? 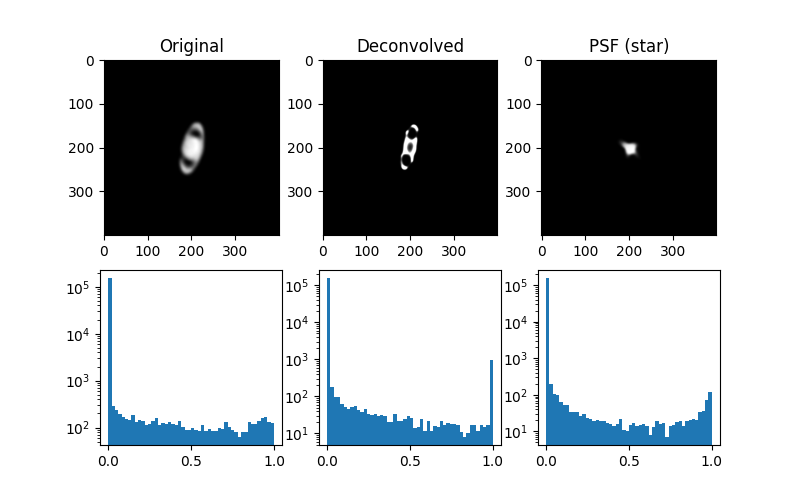 Browse other questions tagged photography optics image-processing post-processing or ask your own question.

2
Algorithm to stack astronomical images
3
Projecting an image of the sun / eclipse
0
How to photograph Saturn
1
Is it possible to see an image with radio telescope of something not so far away in detail?
1
False-color wavelength assignments in this “drop-dead gorgeous” image of NGC 2903?
2
Telescope focal point and inversion
5
Why does the background noise in this image of 2020 QG look like corduroy?
7
Is it possible to use Photolithography for telescope image sensor?