A meteor is usually only visible for a couple seconds at most, but I would guess that it usually stops being visible high above the ground.

Meteors often don't make it to the ground as they completely burn up before. But among those that do reach the ground, how long does it take for a meteoroid to go through the Earth's atmosphere and hit the ground? How many seconds between the moment it is first visible and the moment it hits the ground?

I'm a researcher at Curtin University working on the Desert Fireball Network. The DFN is the largest fireball observation network in the world, and our primary goal is to recover meteorites with orbital information attached.

So when I refer to the luminous part of the trajectory, I am referring to the portion in which ablation is occurring and optical light is emitted. As you said, this portion typically lasts a few seconds depending on the initial size, strength, speed, and slope of the meteoroid. After this, if the object still has mass left, the speed continuously decreases. We call this portion of the trajectory the "dark-flight" (as opposed to the "bright-flight" which is the luminous part) because we can longer observe the meteoroid.

During the dark flight, the rock goes from <10 km s-1 to tens to a few hundred m s-1 when it finally impacts the ground as a meteorite. This part of the trajectory can be greatly affected by wind as seen below from the dark flight modeling done for the recovered Dingle Dell meteorite: 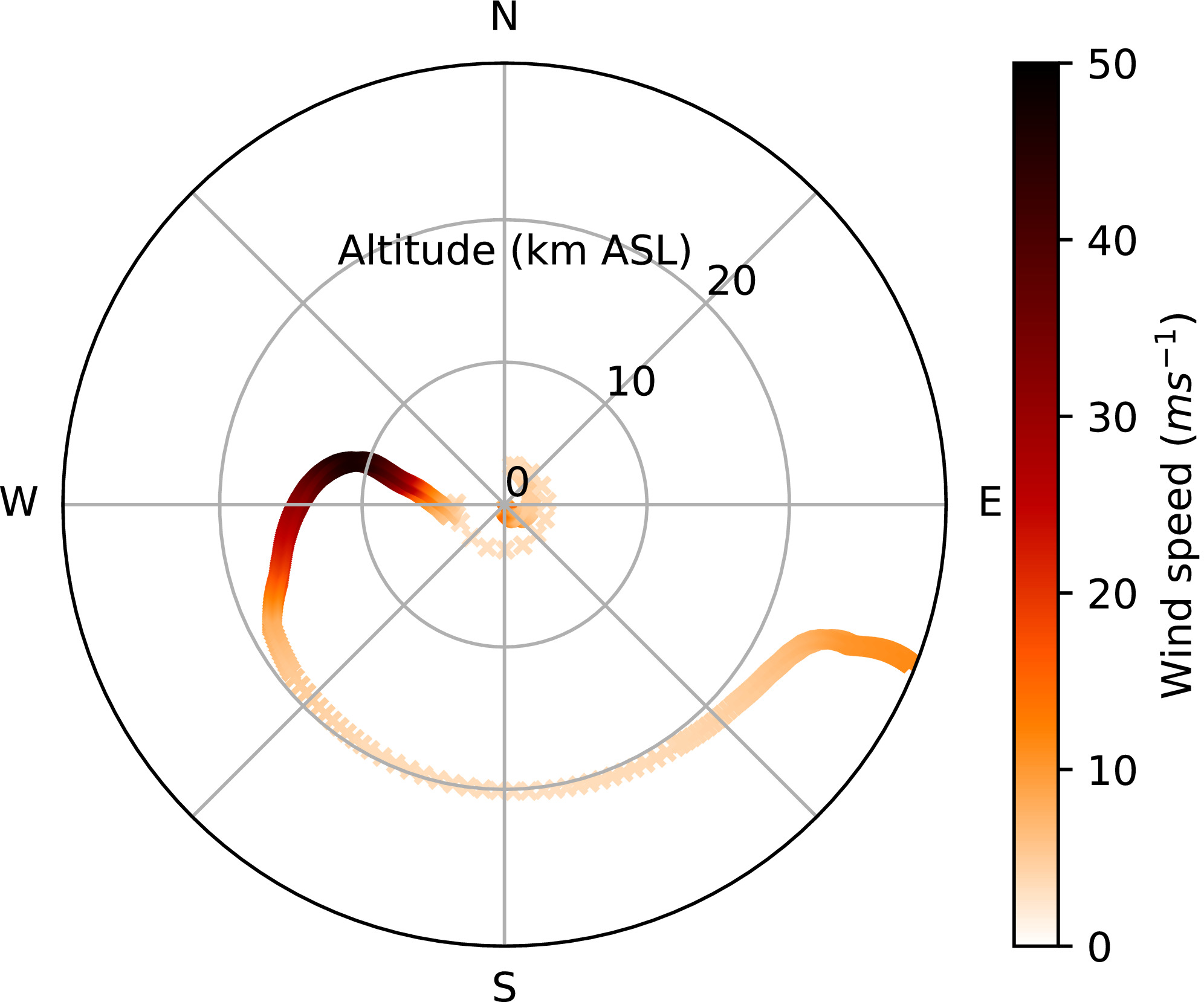 So, in total, from first becoming a meteor to impacting the surface, you should expect about tens of seconds to minutes to pass. Of course, this is dependent on things I have mentioned like mass, speed, and slope notably.

Not the answer you're looking for? Browse other questions tagged meteor meteorite meteoroid estimate or ask your own question.

2
What did I see streaking across the sky last night?
5
What are the prerequisites for a meteorite to reach the ground?
1
Does this video catch an Eta Aquarid - Earth skimming meteor?
3
is there any mathematical formula, paper or anything that shows the probability of a meteor hitting a particular spot of moon's surface?
2
Did I see a meteor(oid) or space debris or something else?
4
What percentage of meteors are visible to the naked eye?