How can Mercury's sodium tail be imaged?

I recently learned that Mercury has a sodium tail. Can this sodium tail be imaged with a ground based telescope? Is so, what is the minimum setup required to be able to take a picture of it? Do you need any specific filters?

However, M. Voltmer used a “custom-made sodium filter,” without giving any details…

It can, and it has been imaged by ground-based photography. Carl Schmidt dedicated his PhD thesis to Mercury and in particular its sodium tail. Therein he describes the setup and procedure. The - to me - most impressive photo was obtained with a 10cm coronograph at the McDonald observatory with a very narrow band-pass filter (around ~1nm width): 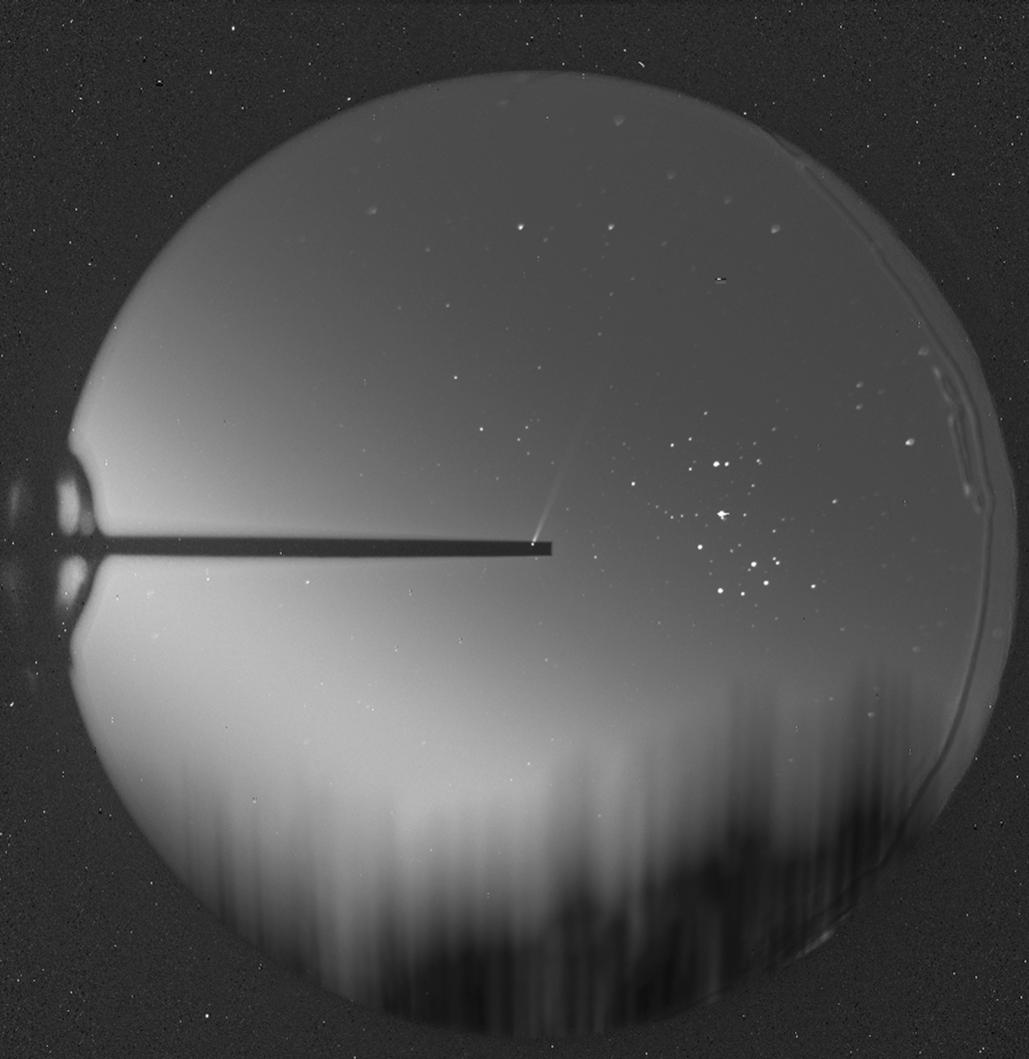 In essence: it is possible. But it is not easy. And a 'cheap' and not-tunable sodium filter of a few nm width (~10nm), used in sub-urban environment with the polluted sky, and the limited visibility times of Mercury and the photographic equipment available to me, did not enable me - so far - to capture it. A similar filter as described in the thesis is (or was when I looked for it a few years back in 2018) available for prices from 5k€ upwards.

Location may also play a role, there are more favourable ones: you want a location and time where the ecliptic plane is steep with respect to the horizon and when Mercury is in the Morning sky, so that the tail points away from the Sun which is still below horizon.

However a number of other people have already imaged it as well.

This is a partial answer only.

I'd expected that the Paywalled Geophysical Research Letter linked below would have some quantitative information on brightness, but once I got behind a paywall and looked at it I found it didn't and neither did any other paper I could find.

I'll keep looking for some quantitative brightness information and update when I find something useful.

Your question links to @ antispinwards' answer to Are there auroras on Mercury? which links to the Astronomy Picture of the Day for 2020 July 8

Explanation: What is that fuzzy streak extending from Mercury? Long exposures of our Solar System's innermost planet may reveal something unexpected: a tail. Mercury's thin atmosphere contains small amounts of sodium that glow when excited by light from the Sun. Sunlight also liberates these molecules from Mercury's surface and pushes them away. The yellow glow from sodium, in particular, is relatively bright. Pictured, Mercury and its sodium tail are visible in a deep image taken in late May from Italy through a filter that primarily transmits yellow light emitted by sodium. First predicted in the 1980s, Mercury's tail was first discovered in 2001. Many tail details were revealed in multiple observations by NASA's robotic MESSENGER spacecraft that orbited Mercury between 2011 and 2015. Tails are usually associated with comets. The tails of Comet NEOWISE are currently visible with the unaided eye in the morning sky.

Links there lead to

Following the recent optical discovery of intense sodium D‐line emission from Mercury, we explore the scenario of an extended exosphere of sodium and other metallic atoms. It is shown that the strong effect of solar radiation pressure acceleration would permit the escape of Na atoms from Mercury's surface even if they are ejected at velocity less than the surface escape velocity. Fast photoionization of the Na atoms is effective in limiting the tailward extension of the sodium exosphere, however. The subsequent loss of the photoions to the magnetosphere could be a significant source of the magnetospheric plasma. The recirculation of the magnetospheric charged particles to the planetary surface could also play an important role in maintaining an extended sodium exosphere as well as a magnetosphere of sputtered metallic ions.

Based on the magazine Ciel et Espace of October-November 2021, it can be done with a small instrument and a narrow-band filter centered on the emission of sodium. They show an image of Mercury's sodium tail made by stacking seven 1-minute pictures from an Astro Professional 80ED refractor telescope and an EOS 500 D.

Not the answer you're looking for? Browse other questions tagged observational-astronomy telescope amateur-observing mercury instruments .

12
Are there auroras on Mercury?
5
Can Mercury be seen from the 60th parallel north on Earth? Shetland, Faroe, Norway, St Petersburg, Alaska
3
Planetary tails: How many have we observed yet?
3
Is the Arid meteor shower the first to be discovered photographically?

6
Telescope collimation issue
9
How big a dish do I need for radio astronomy?
1
What magnification is required to see detail on Mars / other local bodies?
2
How to adapt small Dobsonian to use with a tripod?
10
How can I hear (or at least detect) a pulsar at home?
22
Please check my Mars photo
3
Planetary tails: How many have we observed yet?
5
What (if any) capabilities of Hubble are unique and irreplaceable? What can it do that can't be done by any other ground or space-based telescope?