A little bit of context:

I dabble in amateur astronomy, however only very lightly. I originally wanted to make some observations of Mars because I know it is supposed to be very close these days but unfortunately in the Netherlands where I live we are having very bad weather. However, I think I spotted it today in the evening coming home (sadly I did not managed to get home quickly enough for a telescope/binoculars) and it was quickly gone behind clouds. However, I am not sure if it actually was Mars. It seemed too bright. My place is close to very active airport (Schiphol) and sometimes with just naked eye planes can look like celestial bodies (when they move away from me it looks like they don't move at all and I only had chance to look at the object for 2-3 min).

I took photo of the object with my phone (see below).

It was very bright - I recently (during summer) did some observations of Venus & Jupiter and this object outshined them both (although they were not visible today due to clouds so I am comparing it to my imperfect memory).

The object was in the direction 110° East.

Now, I already looked it up and Mars should be in that direction, but I worry it might just have been a plane.

Furthermore, it looks like it is little bit too high. When I did observations of other planets in the past they were much lower in the sky. I know that the position changes due to Earth's rotation and orbit around the Sun, but I can't remember seeing them so high up and as far as I understand planets are all roughly around the ecliptic (although this was not place where I usually go stargazing so I might just be getting confused). Hence I would like to know, is the object in the picture Mars or we can't tell or it is something else? 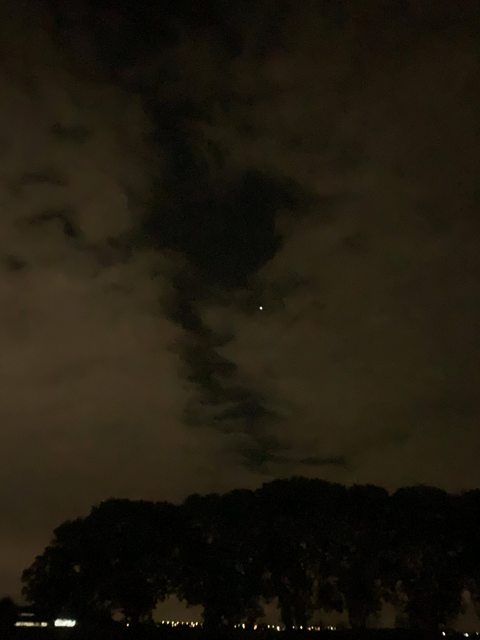 Almost certainly yes if it didn't move like a plane or hover and make noise like a quadcopter.

in-the-sky.org' skymap shows Mars at 117 degrees East and 25 degrees altitude at 21:43 local time in Woerden in central Netherlands yesterday. Clicking on Mars yields more information including a charts showing that it's close to opposition.

I took a photo from about 25 degrees north almost the same day I think :-) It was higher in the sky for me but just as bright and similarly cloudy. The big photo is intermediate focus. The two below it are best and bad focus. Even when defocused to 200 pixels in area it show brightly, when in focus it is saturated and so just looks like a few white pixels. 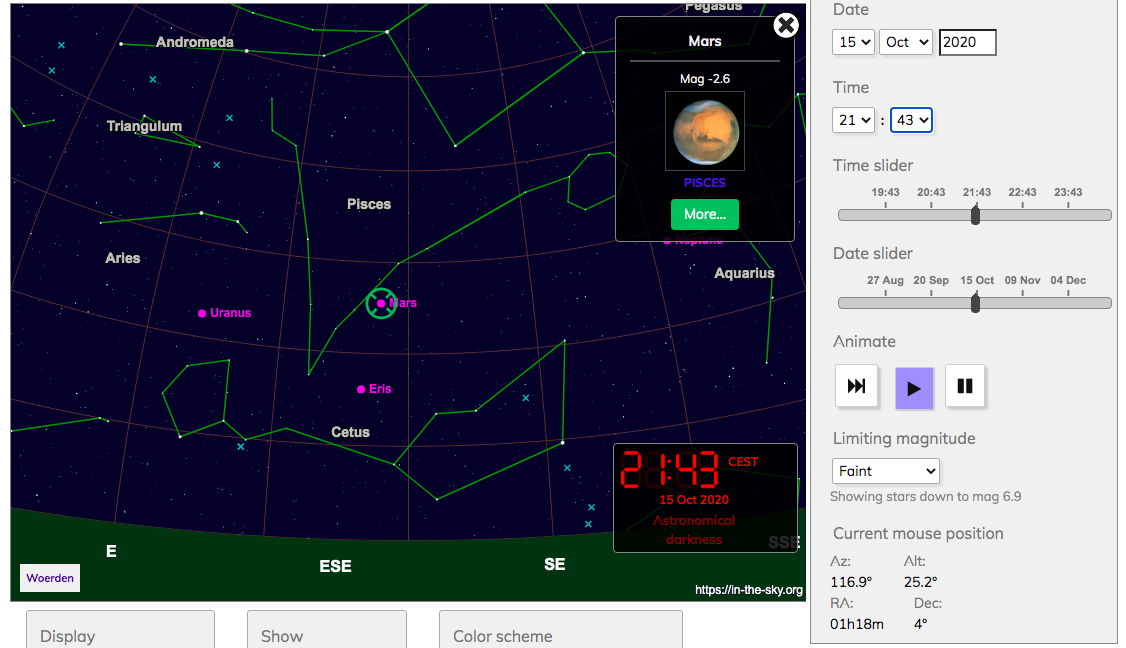 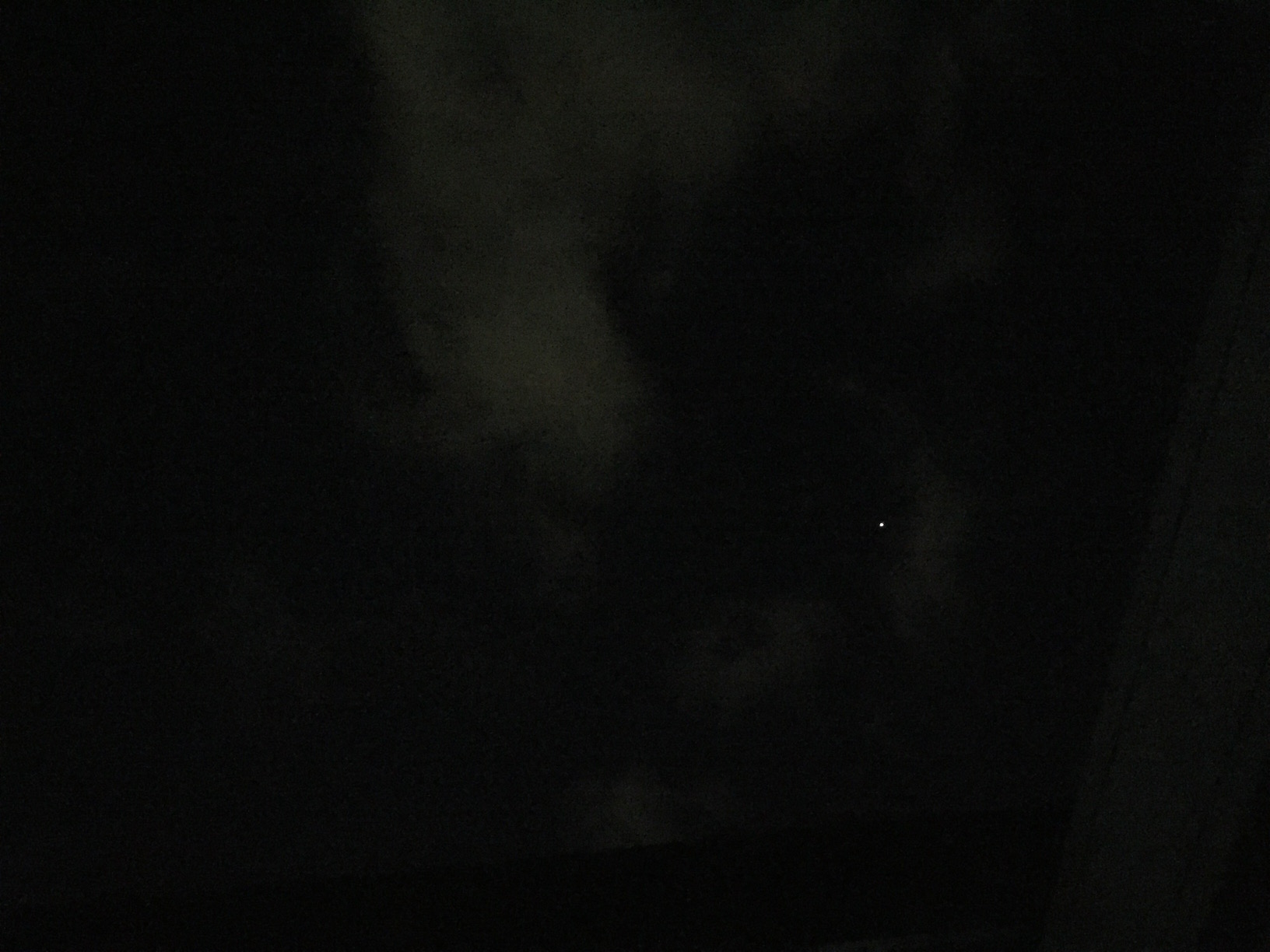 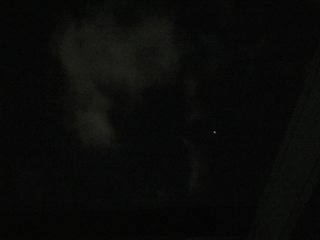 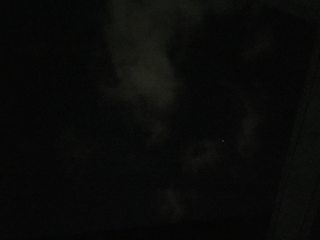 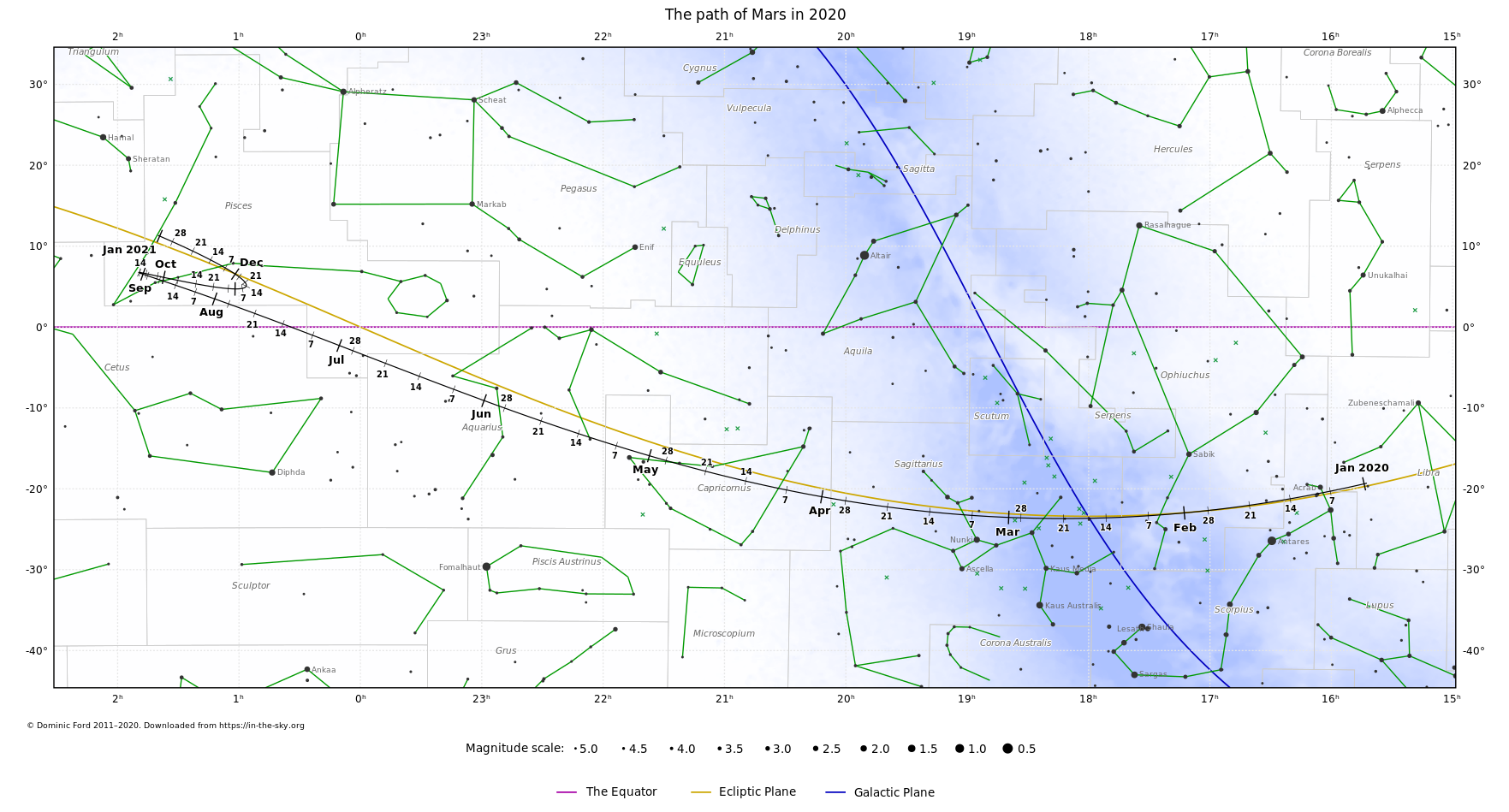 Here's a screenshot from Stellarium (it's free and a fantastic tool for observers). I've set the location to Amsterdam and the time to 21:42 (local time) on the 15th of October. 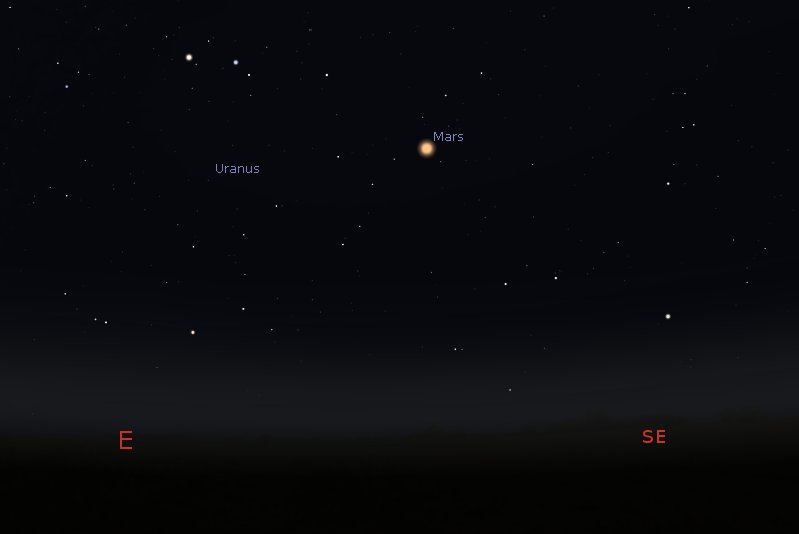 At this time Mars was just over 116° from north and 25° above the horizon. It's very bright at the moment. I was observing it a couple of nights ago and watched an airliner pass close on the way in to land at my local airport, the aircraft was brighter, lit up like a christmas tree and couldn't be mistaken for Mars.

Schipol doesn't have a runway in the north west to south east direction. Last night the wind at the airport was from the north east, so approaching aircraft would be flying straight in from a south or south westerly direction and departing to the north or north east. Any aircraft around 110° would likely be flying in the circuit and close enough for you to see their red and green navigation lights, and their flashing strobes. It could be something small and more distant; a police helicopter or similar, but it's most likely what you actually saw was Mars

The standard aircraft arrival and departure paths are in this document. The only route in the 110-120° direction is a departure from the airfield to IVLUT to the south east. Since approaches and departures are into the wind, I would guess that anything taking off would and heading in that direction wouldn't be able to turn onto that heading right away and instead would be routed east to the PAMPUS/PAM VOR before turning south east. I could be wrong, if you ask on aviation.stackexchange.com, you may find a Schipol flyer who could give you chapter and verse.

Not the answer you're looking for? Browse other questions tagged observational-astronomy amateur-observing mars .

15
Where did Mars' water go?
9
How did the Mars satellites "take cover" from the recent comet flyby?
2
What would this moving point of light be?
6
Strange square-like formation on Mars
2
Mars and 115 mm - which eyepieces?
10
Which planet is this (if any)?
6
Betelgeuse appears in a rainbow of colors through a Newtonian telescope