Do brown dwarfs have stripes? 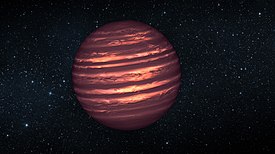 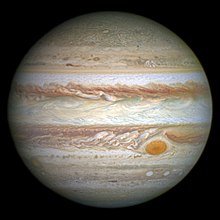 Pictures of BD resemble Jupiter but brown dwarfs have even more stripes.

How do we know brown dwarfs have so many stripes?

I suppose it can differ depending on BD's temperature and mass. Probably only cold BD can have stripes.

Were the stripes observed? (by photometry, by transit or occultation, etc)

Or are the stripes result of theoretical modeling? Or just "artist impression" because of lack of information?

If result of modeling - do the stripes represent analogs of Hadley cell athmospheric circulation? Are they high and low pressure bands? 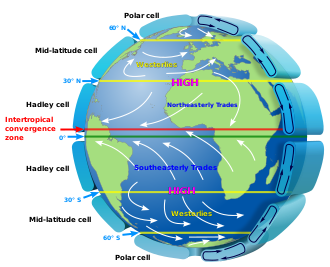 Do brown dwarfs have so many bands because of higher gravity?

A number of brown dwarfs have had 'surface maps' created using the light from those stars.

In 2013, observations of 2MASS J22282889–4310262, a brown dwarf 35 light years away, were published. These were made using the Hubble and Spitzer space telescopes and were able to show changing light patterns and distinct layers of material at different altitudes in the atmosphere. This provided evidence for textures but not necessarily banding in the atmosphere. I believe the Hubble has carried out other observations of brown dwarfs with the aim of determining their surface details.

In 2014 Luhman 16 A and B, a brown dwarf binary system, 6.5 light years from Earth, were imaged using the VLT CRIRES spectrograph. Luhman 16B was found to have patches perpendicular to the plane of rotation. Luhman 16A was found to be featureless at the frequencies observed.

Earlier this year, a paper was published describing how the VLT had been used again, this time employing polarimetry, to detect Jupiter-like banding on Luhman 16A.

So there does seem to be mounting evidence that brown dwarfs have stripes. The accuracy of the artists' impressions is something we'll probably find out in the future.

A new study of Luhman 16 A and B by Apai, Nardiello and Bedin has been published. They applied a 'novel photometric approach' to TESS data and found that we are viewing them at angles close to their equatorial planes and that they look 'strikingly similar to Jupiter'. The paper at the Astrophysical Journal is here but is paywalled.

This is an image from the Apai, Nardiello and Bedin paper that was reproduced at Centauri-Dreams.org. The preprint of the paper is available for free download at Arvix.

Not the answer you're looking for? Browse other questions tagged planetary-atmosphere brown-dwarf stellar-atmospheres or ask your own question.