Can a pulsar also be a magnetar?

I know this is a simplistic question, but I cannot find a straight answer...

Also, is it possible most or all neutron stars are magnetars and/or pulsars? It's just hard to see all of their properties from our vantage point, etc.?

Magnetars are the most widely-accepted explanations for two observed classes of objects:

The AXPs are pulsars, and at least some SGRs have been identified with pulsars (e.g. Sgr 0526-26 = PSR B0525-26). So under the magnetar hypothesis, magnetars can indeed be pulsars.

It's worth noting that the magnetar hypothesis may not explain (all?) SGRs and AXPs: there does seem to be evidence that some of these objects do not have especially strong magnetic fields compared to pulsars, e.g. SGR 0418+5729 (Rea et al. 2010), and there have been suggestions that some of these objects may actually be white dwarfs (Lobato et al. 2016), perhaps somewhat similar to the white dwarf pulsar in AR Scorpii. 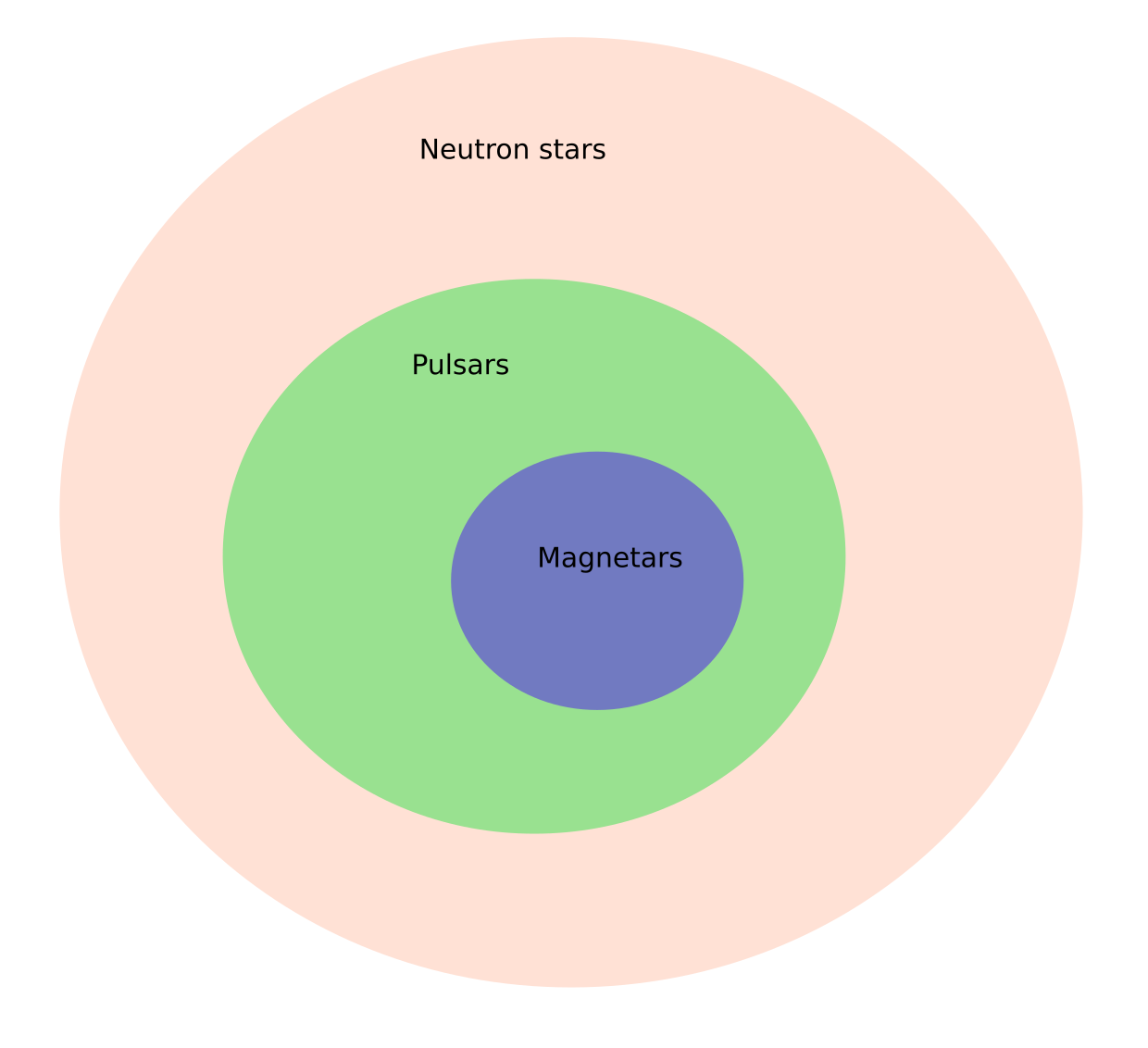 However, neutron stars that aren't pulsars are very difficult to observe. And even among the pulsars, there are only 12% of them that we can actually see.

Not the answer you're looking for? Browse other questions tagged astrophysics neutron-star terminology pulsar magnetar or ask your own question.

16
What is the probability of seeing a neutron star as a pulsar?
21
Can we detect pulsars that aren't "pointed" towards us?

19
How Would a Neutron Star Actually Appear?
8
Estimates for "undetectable" planets in extra-solar systems
10
How can I hear (or at least detect) a pulsar at home?
40
How do scientists know that the distant parts of the universe obey the physical laws exactly as we observe around us?
8
How likely are planets to form after neutron star collisions?
3
What exactly is "the rotating lighthouse model" in the context of a double pulsar?
4
What would a kHz gravitational wave detector look like? (mountains on millisecond magnetars) How would it differ from LIGO/Virgo?
1
Is the smaller companion of Pulsar J0453+1559 still the smallest known neutron star? Was it further confirmed to be a NS after Martinez et al. (2015)?
6
Is "magnetars don't last long — just a year to a few years" really true? Is it a misquote or perhaps taken out of context?