How to calculate the frequency of a gas giant eclipsing the sun from a moon?

Say you have a moon around a gas giant which goes around a star. If the moon has an inclination of around 0° relative to the gas giant's orbit, the gas giant will eclipse the star every orbit of the moon. However, if the inclination is somewhat larger than 0°, not every orbit of the moon will contain a planetary eclipse. How would you calculate the amount of moon orbits in a row with a planetary eclipse?

Here is a diagram looking at the planet's orbital plane when the moon passes through the plane: 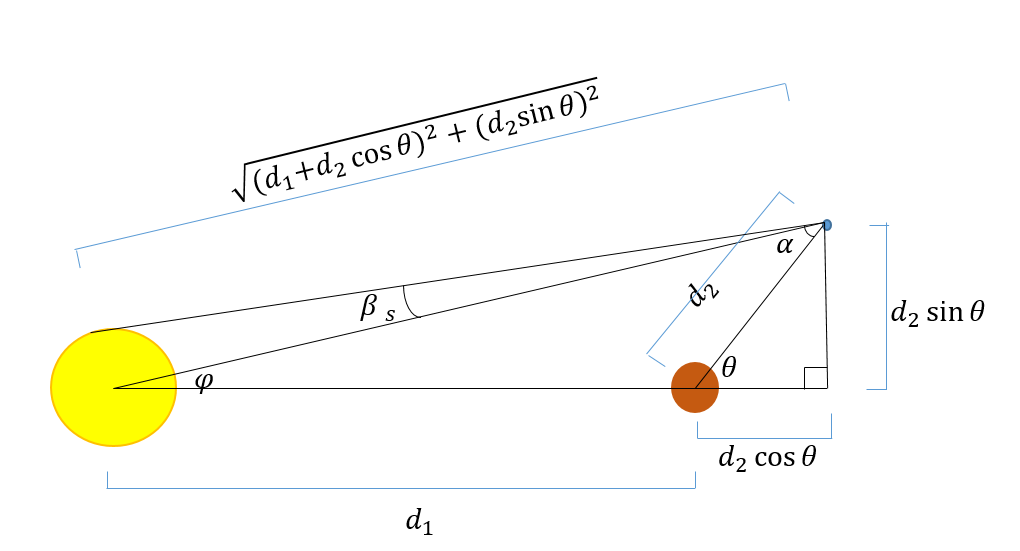 Simulate the orbits (Kepler's laws) and calculate the geometry: is the planet between the moon and the sun?

The answer depends greatly on the size and mass of the planet, the distance and shape of the moon's orbit, and to some extent on the orbit of the planet and the size of the sun.

3
Do moons experience periods of no sunlight when orbiting "behind" their planet?

4
Could a habitable satellite of a gas giant have a stable subsatellite?
11
How is the diameter of a gas giant calculated?
7
Could an ejected "extra ice-giant" still be lurking in distant solar orbit?
5
How to cool down a moon?
14
How can tidal heating lower Io's orbit?
6
After only one eclipse of its X-ray bright primary, how can astronomers estimate the first extragalactic exoplanet's period to be about 70 years?