Why is every representation of Einstein's theory of gravity depicted like this: 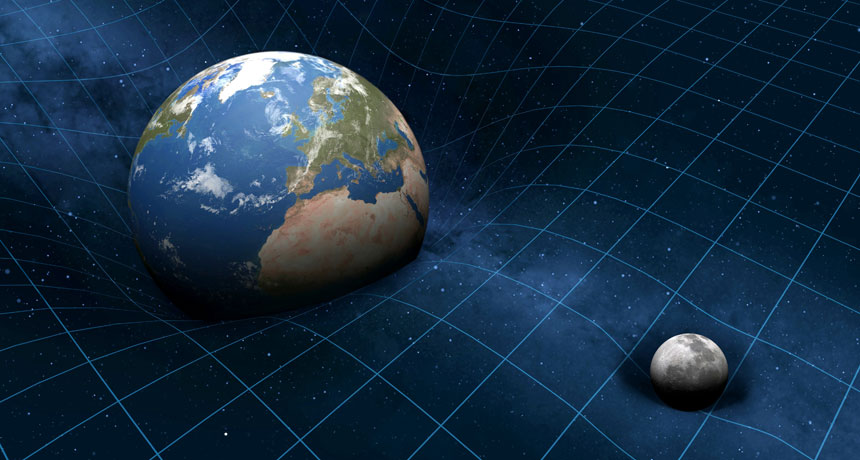 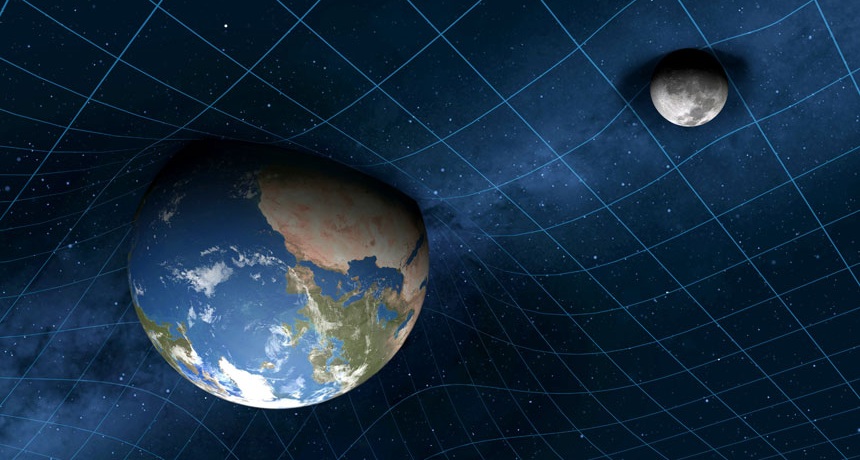 And many other ways it can be depicted. They suggest that the fabric of space-time is a flat plane

There are numerous ways to try to explain space-time by analogy, and the flat plane is one of them. Another is the inflating balloon. The are all only analogies. Either of your pictures above is equally valid, however the one "the right way up" is simpler to understand.

For humans, who can easily conceive of 3 dimensional space, an example that works in 3D is essential. If you have ever tried to visualise more than 3 space dimensions, you'll find it very tricky.

The rubber sheet is a good model of Newtonian gravity. It doesn't work at all as a model of curved spacetime in general relativity.

Newtonian gravity can be described by a potential field which has a numeric value at every point in space. Objects experience an acceleration that is equal to minus the gradient of the field. That is, they accelerate in the direction that the field around them is decreasing most rapidly, and the magnitude of the acceleration is proportional to the slope in that direction. Also, the field satisfies Poisson's equation, which allows you to find its value at every point if you know the distribution of matter.

Objects on a hill on Earth accelerate downhill, and (subject to idealizing assumptions) the acceleration is proportional to the slope. Not only that, but the deformation of a horizontal elastic sheet in a uniform gravitational field with heavy objects resting on it is described (approximately) by Poisson's equation. The lower the mass density of the sheet, the vertical stretching, and the friction, the better this toy model approximates Newtonian gravity.

One big caveat is that a 2D rubber sheet is described by the 2D Poisson equation, which has different solutions than the 3D Poisson equation. With a 2D sheet you get 2D Newtonian gravity, which has a 1/r force law instead of 1/r². So in this sense it is far from correct. This problem only affects the elastic sheet part, not the rolling-downhill part. If you construct a rigid surface with the correct shape from the 3D Poisson equation, like the "gravity wells" found in some science museums, you get a pretty accurate simulation of test particles in a 1/r² gravitational field.

In general relativity, the motion of objects depends on the intrinsic shape of spacetime.

You can embed hunks of curved space into Euclidean space. Like the rubber sheet analogy this is just a way of understanding them in terms of something we're more familiar with (in this case, space that isn't curved).

The shape of these embeddings is not correctly given by Poisson's equation. The embeddings also don't have any "down" direction. An ant crawling along the surface (which is a much better analogy to the effect of curved spacetime on test particles) doesn't care which way is down; it will follow the same path even if there is no background field at all.

It would make sense to always show GR embeddings as "hills" instead of "valleys", since it makes no difference to the physics and it would avoid unnecessary confusion with gravity wells. But not only is it not standard to do that, it's almost unheard of in works for popular audiences. Quite often the surfaces presented as GR embeddings look like solutions to Poisson's equation, too, which they shouldn't. Either the authors want to invite confusion, or they don't understand the difference themselves. I suspect the latter.

Not the answer you're looking for? Browse other questions tagged gravity general-relativity .

2
Why does Earth have more gravitational force than the Moon if I stand on it?
3
Does gravity bend light, and how much time does it take for light to cross gravity of a Black Hole?
2
What does Gauss' divergence theorem say about compression of a body under self-gravitation?
3
Why does gravity make everything round?
2
What does "negligible mass" mean in the formulation of geodesics equation?
2
FLWR and curvature
0
Are Gravitational Waves Themselves Affected By Gravity?