Referring to this answer to What's the rationale behind the false colours in solar observation photographs? which includes the table from Wikipedia's Fraunhofer lines:

In the Table of wavelengths there is an e designated Hg line of 546.07 nm which DOES NOT appear in the picture of the Fraunhofer spectrum, any explanation? Also there are about a dozen lines in the spectrum which are not tabulated and not identified at all.

The picture is a mocked-up fake and is not an actual picture of the solar spectrum. You can easily see this because the black "Fraunhofer lines" extend beyond the spectrum and H alpha should have an appreciable width.

The table is massively incomplete. It list only a tiny fraction (the strongest) absorption lines in the solar spectrum. There are thousands of others.

I guess whoever mocked up the spectrum didn't use that table.

A real solar spectrum is shown below. The Fraunhofer lines are not easy to see at all in a spectrum that has low enough resolution to include the whole thing in one linear image. Any lines due to mercury will be weak because mercury is not an abundant element in the solar photosphere. 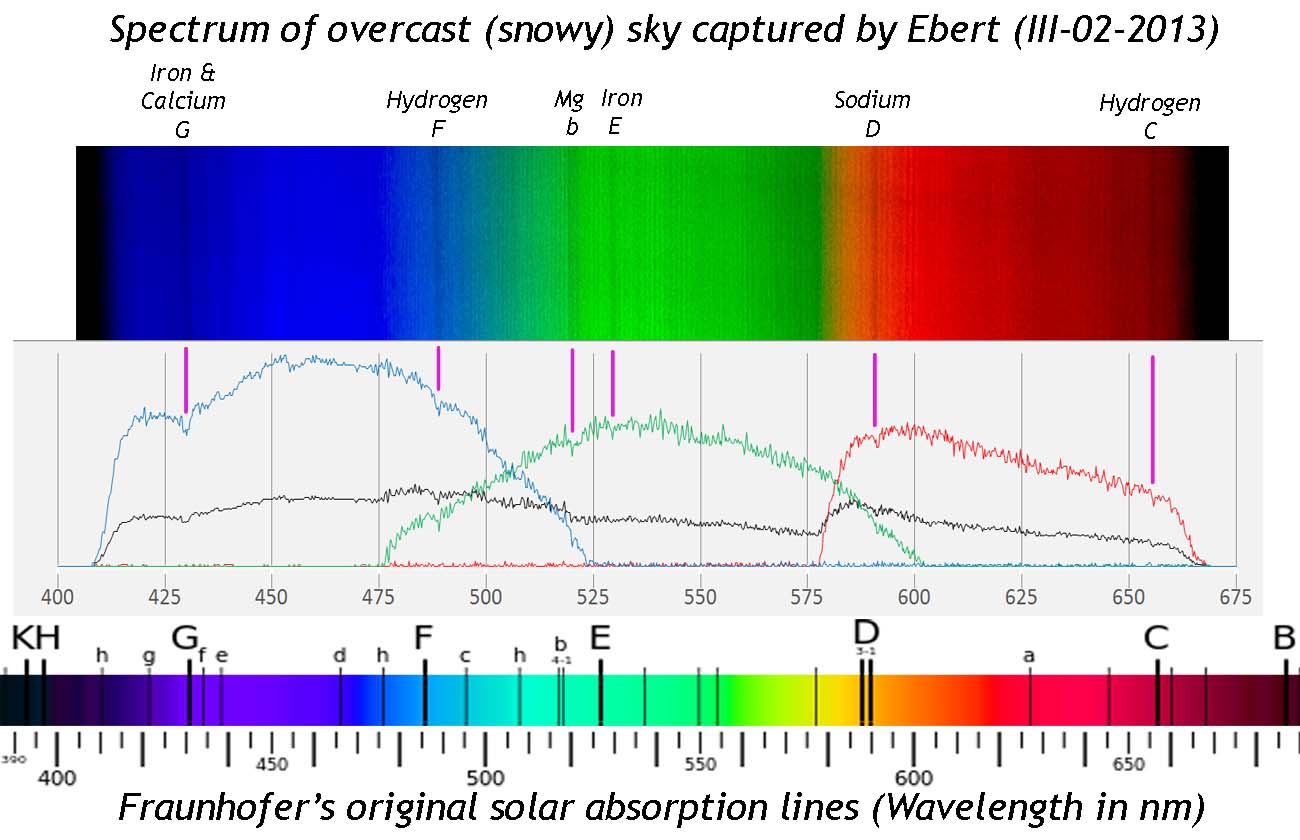 A better view is offered by an echellogram taken at higher resolution. This begins to demonstrate just how many lines there are in the solar spectrum. 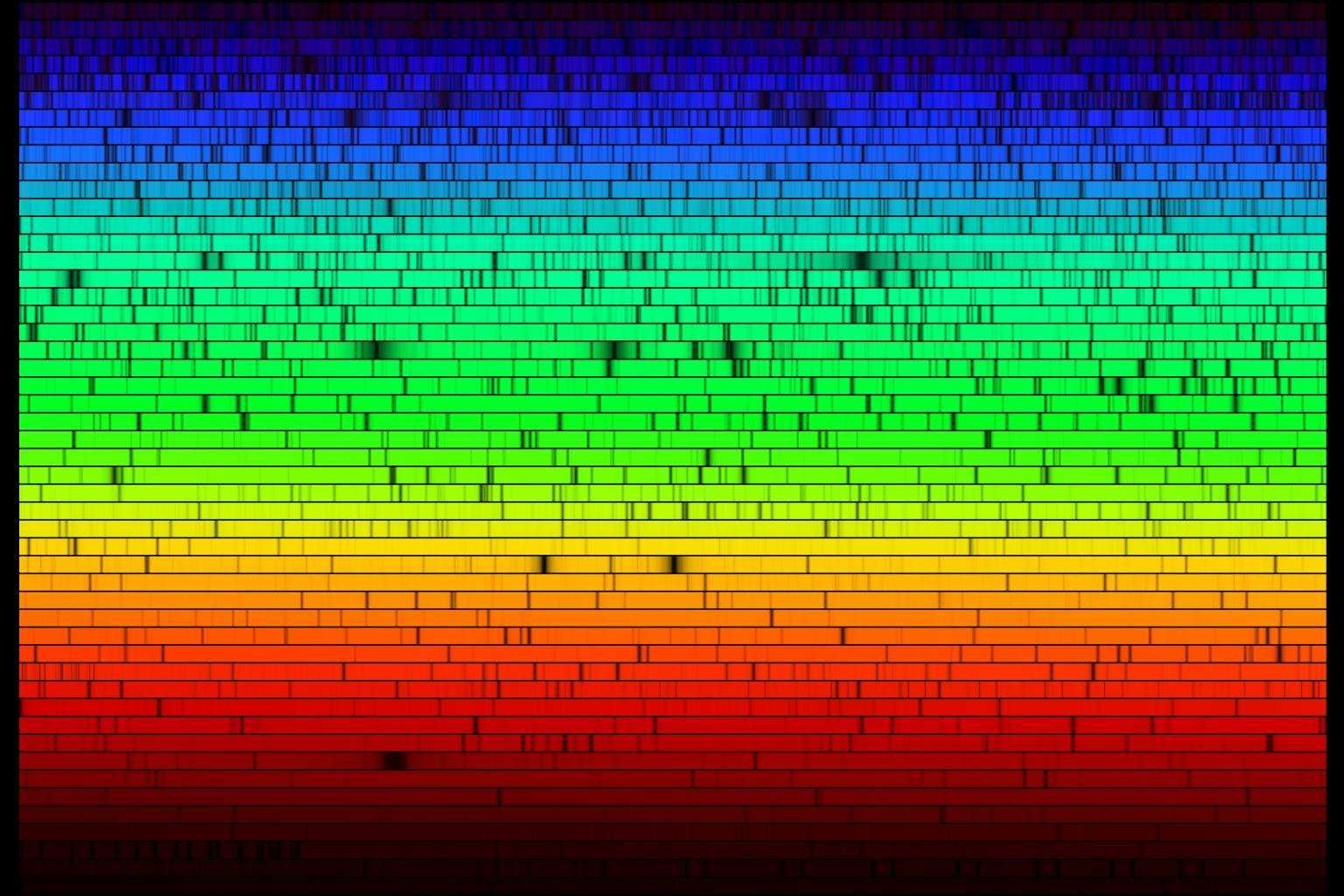 Not the answer you're looking for? Browse other questions tagged the-sun spectroscopy electromagnetic-spectrum or ask your own question.

4
What's the rationale behind the false colours in solar observation photographs?

4
Is the Sun slightly blue in the center? - Wavelength-dependent limb darkening of the Sun
3
How deep is the "A" Fraunhofer line in the solar spectrum? Is it from the Sun's or Earth's atmosphere?
3
wavelength-based IFU data cubes VS velocity-based IFU data cubes
4
Solar visible light spectrum
3
Extracting kinematics from stellar spectra. Why are template stellar spectra necessary?
17
Problem regarding the absorption lines of the sun
3
Spectrum of stars
2
Are the dispersion directions of the prism and the grating in Hubble WFC3 UVIS G280 perpendicular? Can we call this a "grism"? With cross-disparsion?