Why 2014-2015-2016 were the years when the number of discovered exoplanets increased the most? 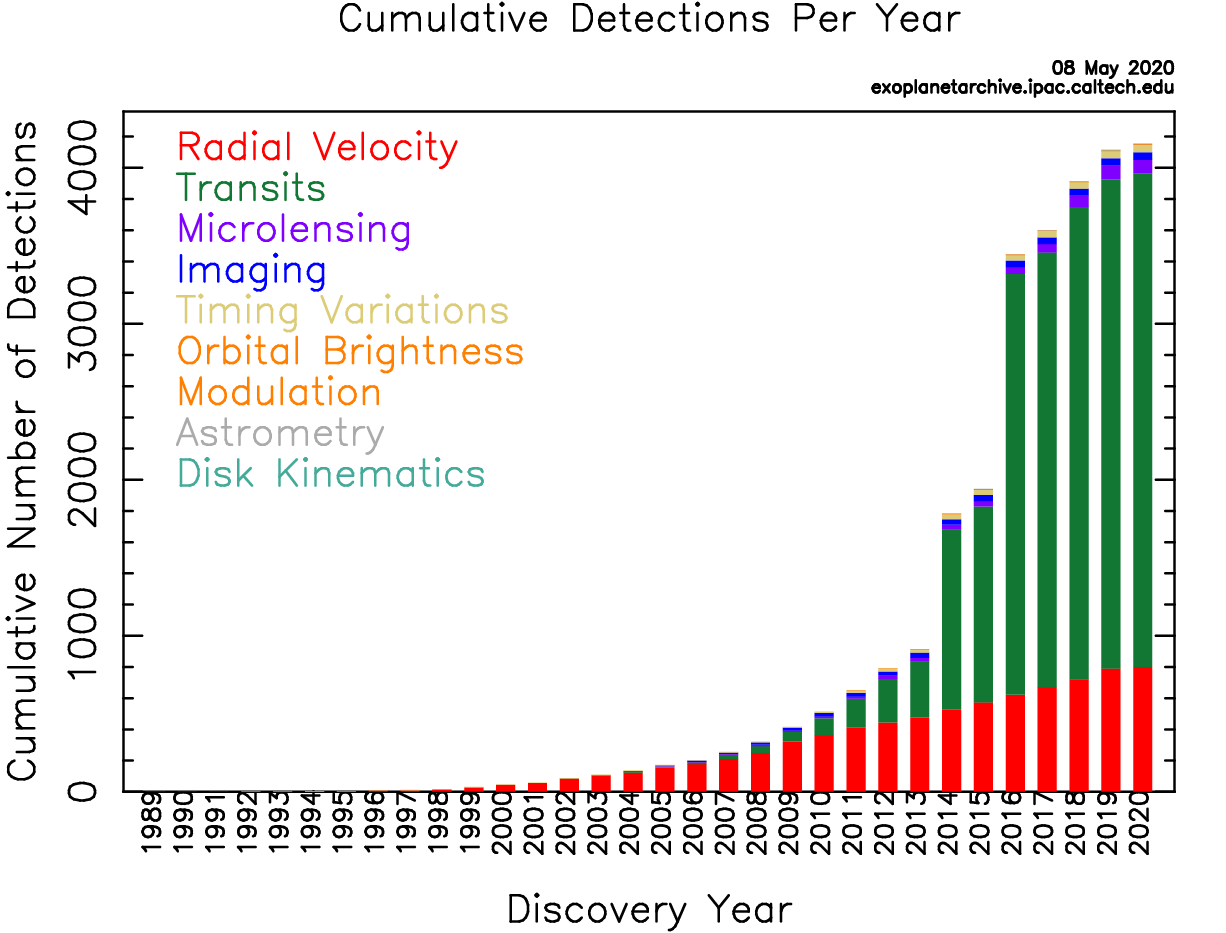 Also, I don't know if it's by coincidence or not, but the number of publications with the word "exomoon" (a satellite of an exoplanet) seems to increase dramatically by 2015: 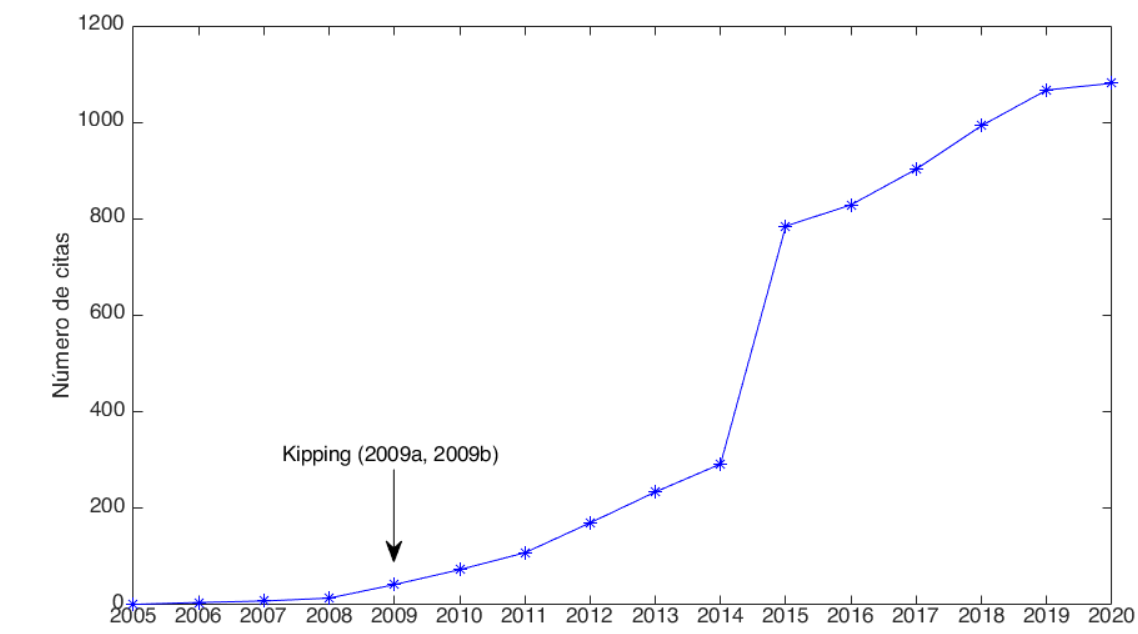 Credit to app.dimensions.ai. I might be wrong, but I thought that we would see this rise in the years following 2010, like 2011 or 2012, when the Kepler telescope was beginning this hunt, and in the case of the publications, Kipping (2009a, 2009b) were very important around that time too, so is there any reason of why 2014-2015-2016 seem to be the most important years?

The big increase is due to the Kepler spacecraft. Kepler is responsible for the majority of the discovered exoplanets (https://exoplanets.nasa.gov/keplerscience/), so its data releases will have a big effect on the planet’s discovered by year. It’s easy to see in the plot attached (From: https://link.springer.com/article/10.1007/s12145-020-00464-7 ) how the years you mentioned match the announcement of discovered exoplanets using Kepler’s and K2 (same spacecraft). 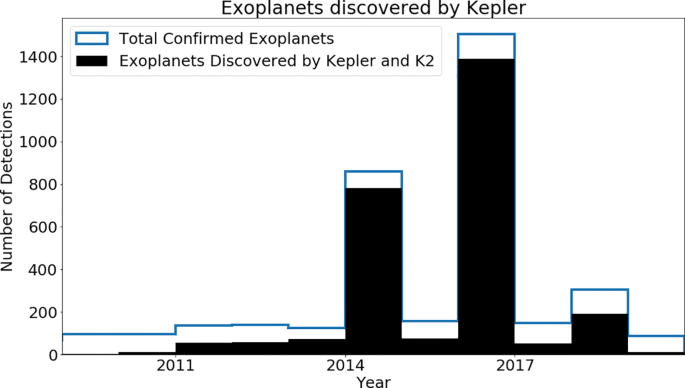 4
Why can't we detect water on Mars in the same way as in exoplanets?
4
Do we have to take gravitational lensing into consideration when measuring the size of exoplanets?
5
How are exoplanets with 10,000 day periods discovered with the radial velocity method?
4
Why does the number of extrasolar planets vary in different sources?
31
Which of the planets would be detected if they were exoplanets?
7
Why is the TESS spacecraft finding fewer exoplanets than expected?
20
Why are most discovered exoplanets heavier than Earth?
4
Why was there a gap in exoplanet detection in 2015?