What are the correct positions or alignment of planets in relation to each other and the Sun, is it vertical center, baseline or completely random

From a lot a illustrations and videos, the planets seem to align in vertical center to each other like this: 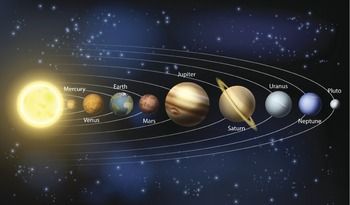 Is this really true? I like to imagine that the planets are actually in weird alignment to each other, for example, maybe Venus is 50,000Km below earths bottom etc

Now to get back to “lining up” planets… Let’s define a reference plane: the ECLIPTIC is the plane of Earth’s orbit around the Sun. All the other planets have orbits tilted with respect to that plane. For example, Mercury’s orbit is tilted 7° to the ecliptic, and Venus’ orbit 3.4°.

So there IS a point on a planet’s orbit where it lies on the same plane as the Earth—it’s called a NODE, and there’s an ASCENDING NODE, where the planet crosses from “below” (south of) the ecliptic to “above” (north of) it as well as a DESCENDING NODE where the planet goes from above to below.

2-Planets don’t [necessarily] cross the ecliptic plane as the same time as other planets; and

4-Finally, depending on other specifics of each planet’s orbits (its so-called “orbital elements”), a planet’s orbit is not necessarily divided exactly between “above” the ecliptic and “below” it.

So… To answer your question specifically… The planets are indeed in “weird” positions and not in line, but their specific positions “above” or “below” the Earth–Sun line change with time, and it’s basically impossible for them to be in the plane of the ecliptic at the same time, even roughly speaking.

(Addendum: It applies to planetary alignments “seen from above,” but Jean Meeus has an excellent explanation of the impossibility of aligning more than 2 planets at the same time in his book Mathematical Astronomy Morsels [chapter 31].)

Can a more accurate 2-D representation of this distance picture be produced using Keplerian orbital elements?

We start by calculating the semi-minor axis of the ellipse by $b=a\sqrt{1-e^2}$ where $a$ is the semi-major axis and $e$ is the eccentricity. Then we use the standard formula for an ellipse $x^2/a^2+y^2/b^2 = 1$ to generate a point set. We can put the focus at the origin by translating the ellipse in the negative $x$ direction by $a-p$ where $p$ is the distance at perihelion. Then we need to rotate the point set counterclockwise by $\omega-90$ degrees, where $\omega$ is the argument of perihelion (periapsis), to put the ellipse in the reference plane pictured here. 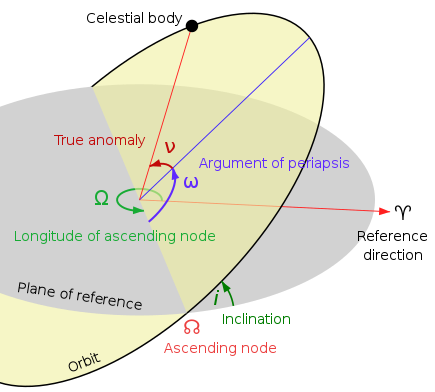 Once we have the points of the orbit ellipse calculated we can plot them like the above wikipedia picture with another coordinate transformation as $x''=\sqrt{x'^2+y'^2}$ and $y''=z'$, with the sun at the origin, and the sun's equator aligned with the x-axis and units in km. This is the more accurate 2-D representation of the Wikipedia picture at the beginning of this answer. Each planet always lies somewhere on it's corresponding line.

And here is a 'zoom in' on the inner four planets: 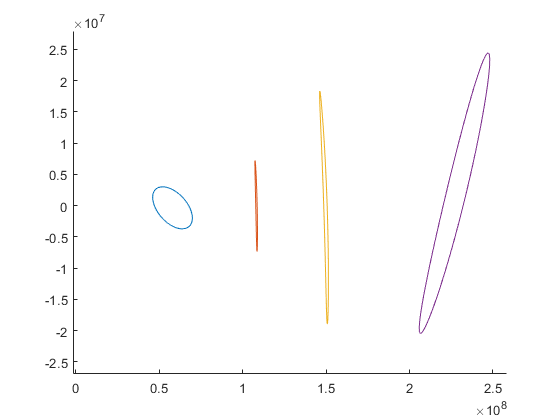 Is there an equal chance that a randomly sampled planet position on one of these orbit will lie in an equal length region of this distribution (i.e. is this a uniform probabilistic distribution)? No, since Kepler’s second law says that orbits sweep out equal areas in equal time, it’s more likely to land in a region further to the sun. Since the eccentricities of planets in our solar system are low, this effect is small.

If we want to imagine the planetary position distributions in 3-Dimensions we only need to rotate the above image around the sun's axis. The result will be concentric toroids, like the one pictured here from a square. 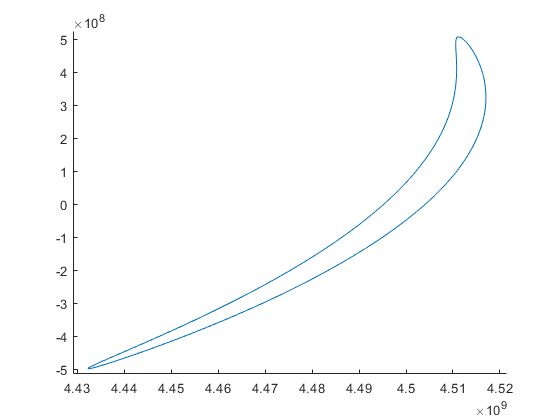 This picture shows the order of the planets.

It does not show the sizes or the positions of the planets.

The planets are always moving around the sun. At any given time they are in essentially random positions relative to each other.

Not the answer you're looking for? Browse other questions tagged planet solar-system positional-astronomy planetary-systems alignment or ask your own question.

5
What is the thickness of the Solar System disk?
3
Occultation of planets by other planets

4
Do all planets rotate in the same direction in relation to each other?
5
Why are some universal entities round and others are flat?
2
Period of unique horoscopes?
1
How to find the Orbital Period of two Binary Planets around a Single Star?
0
Why are we so quick to proclaim the geological inhospitability of other planets based on extremely minimal information?
0
What's the exact story of jupiter and our earth, not becoming a super-earth?
2
The Jupiter Effect Book